The Place of Condemnation 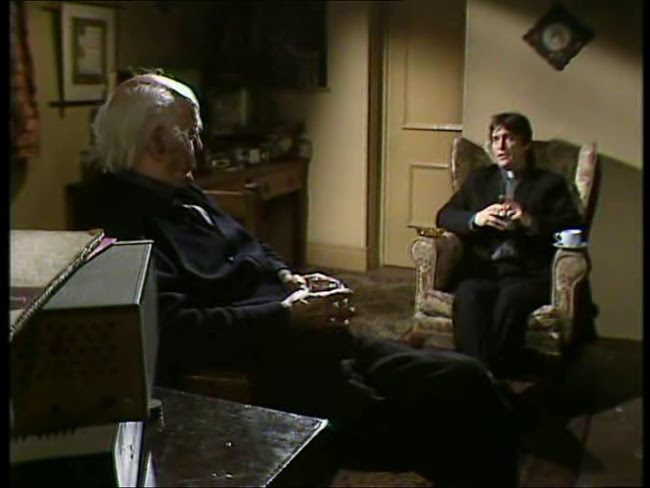 I love when two of my favourite actors unexpectedly turn up in a good movie together. I'd have never imagined Jeremy Brett and Alastair Sim shared the screen at one point but they're together in a short 1975 television film called The Prodigal Daughter. Obviously this was late in Sim's career--one year before his death--and early in Brett's but both actors are wonderful. The story itself isn't bad, it's rather modest compared to the acting talent. It's flawless, really, by not being especially ambitious and the two stars consequently overpower everything but I can't complain. Though maybe the tale of abortion and Catholic priests questioning their faith might have looked more ambitious in 1975 and even now the film's treatment taps real tension on the subject.

Brett plays Michael, one of two priests who are assistants to the priest played by Sim, Father Perfect. One day, a young woman named Christine (Carolyn Seymour) shows up in the church, crying. Taking her to a private room, Perfect learns Christine had had an abortion, that she's not Catholic, but she'd come to the church because she wanted to be judged harshly for her action. 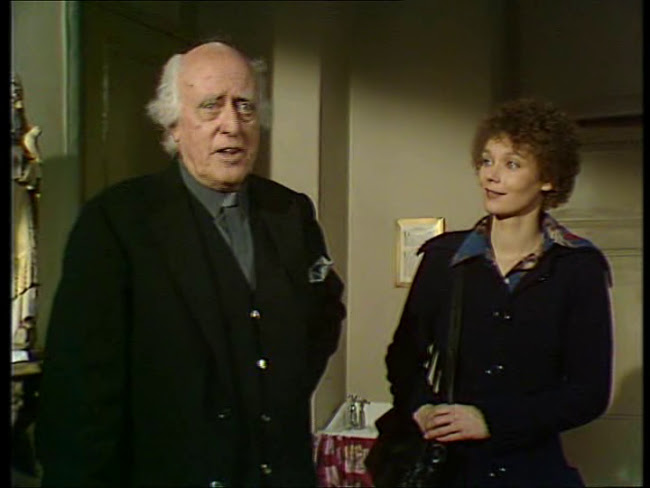 Sim seems to overflow with benevolence, though, and embodies what one would think is the ideal of a priest. He doesn't deny the church's position on abortion but his focus is clearly on comforting Christine in her distress. He also, when she mentions she went to catering school, is keen on hiring the desperate and unemployed woman as the new housekeeper. 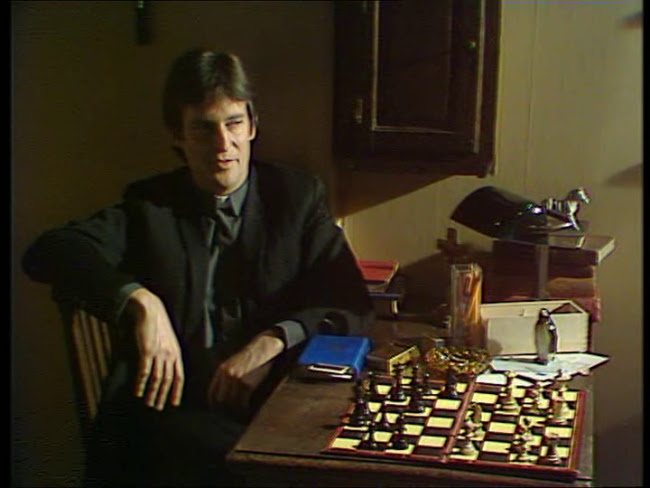 As overpoweringly wonderful as Sim is, the basic reality of the Catholic church's position on abortion and on celibacy for priests becomes an issue between Michael the other assistant priest, Vernon (Charles Kay), a young man bitter over the fact that his resentful nature is keeping him from getting his own parish. Michael's dilemma over whether to remain a priest is at the centre of the story while Perfect and Vernon represent the extreme ends of the spectrum--Perfect being everything that's good about the priesthood and Vernon being everything that's bad. 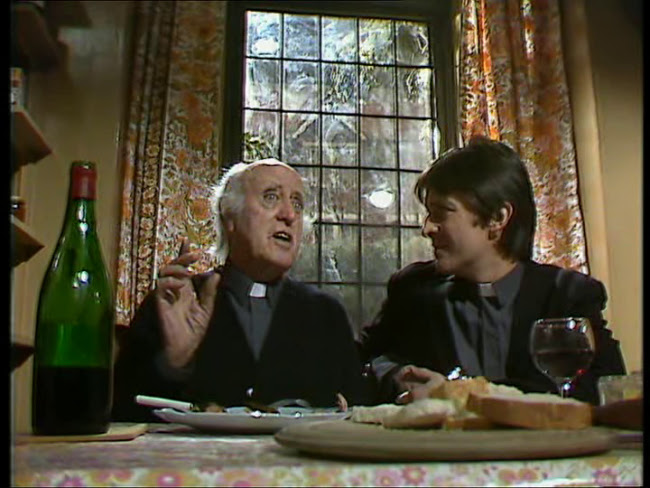 I was happy just to see a long scene at the beginning of Sim and Brett simply eating breakfast and talking about how they need a housekeeper. They both display such perfect examples of a kind of British acting that mines a poetic creativity in finding evocative inflections, pauses, and gestures.

The whole movie is on YouTube in four parts:

Posted by Setsuled at 2:03 PM
Email ThisBlogThis!Share to TwitterShare to FacebookShare to Pinterest