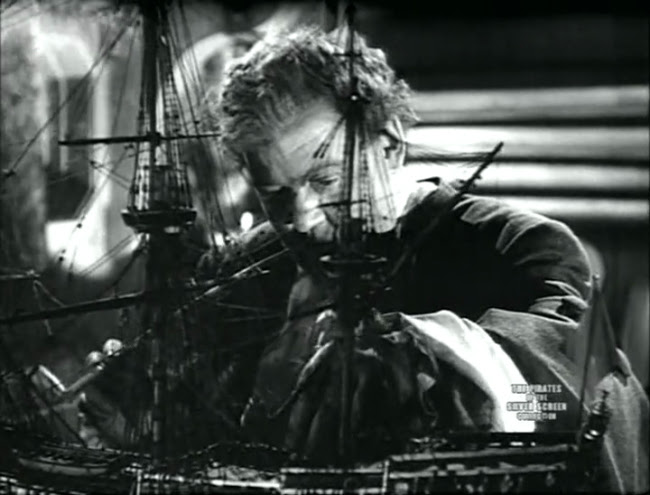 The real story of Captain William Kidd is almost equal parts tragedy and comedy, a man who would become legendary for piracy when he seems to have genuinely believed he was acting as a privateer for England. 1945's Captain Kidd presents the legend rather than the truth though elements of the real story are mixed in somewhat incongruously. A film with a great deal of potential, especially for most of its cast, particularly for Charles Laughton as Kidd, it nonetheless quickly dissolves into a lazy, rote exercise in filmmaking.

Laughton plays Kidd as a career pirate who's decided to become a gentleman and the movie attempts to achieve comedy from Kidd posing in front of a mirror and pretending to ask a lady to dance, routinely being corrected on proper titles and etiquette by his new valet, and finding himself unable to ditch his cockney accent whatever airs he puts on (though Kidd was in reality Scottish). 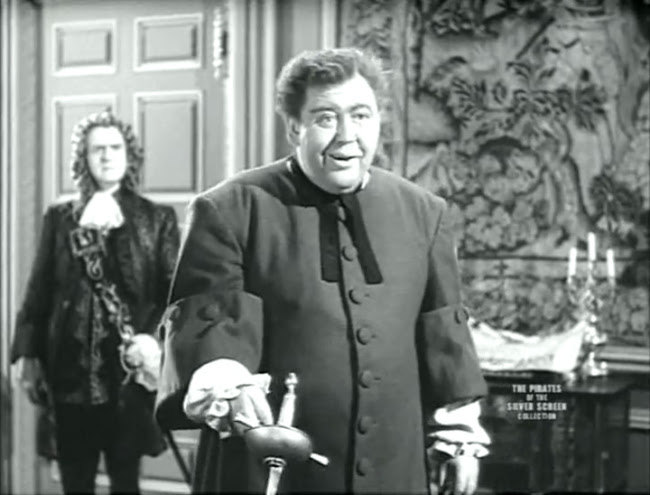 It's all played straight by Laughton, who just about sells it, but he's much better in the few moments he's allowed to be genuinely menacing, as in an early scene where he disarms one of King William's personal guard who comes at him for demonstration. 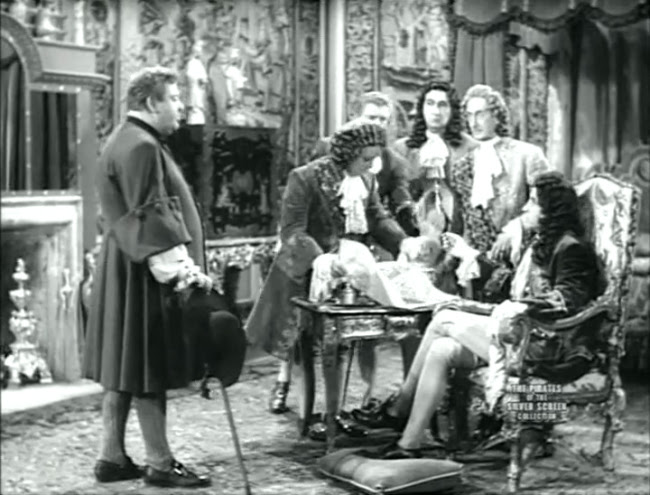 Kidd really did have the financial backing of the king for his notorious voyage though there's no evidence that Kidd was presented at court for it or that he even ever met the king who was one of several investors in what was supposed to be a mission to ostensibly capture pirates--and ships of other nations--and profit from the booty obtained. The film presents a far cleaner version of reality where the English king and government are presented as simplistic authorities for justice and goodness despite the king being inexplicably misled on Kidd's "true" nature as pirate by the captain's broadly ingratiating manner. 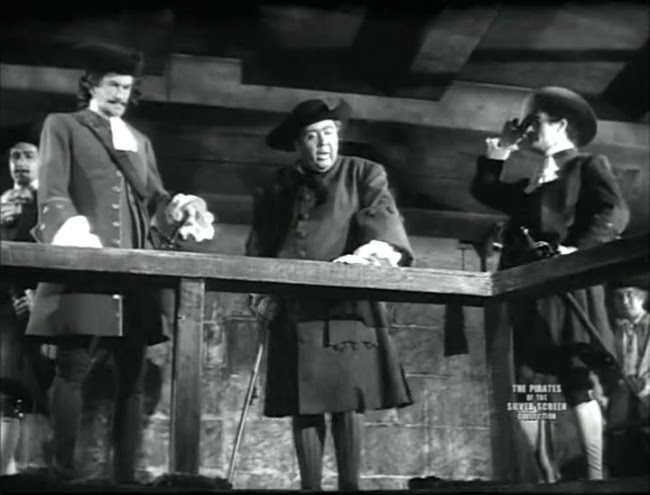 Henry Daniell plays King William and it would have been nice to have seen a more complex scene between him and Laughton. A bit better served by the script is John Carradine as one of Kidd's cohorts whom he's always wanting to kill due to a buried treasure they both know the location of. 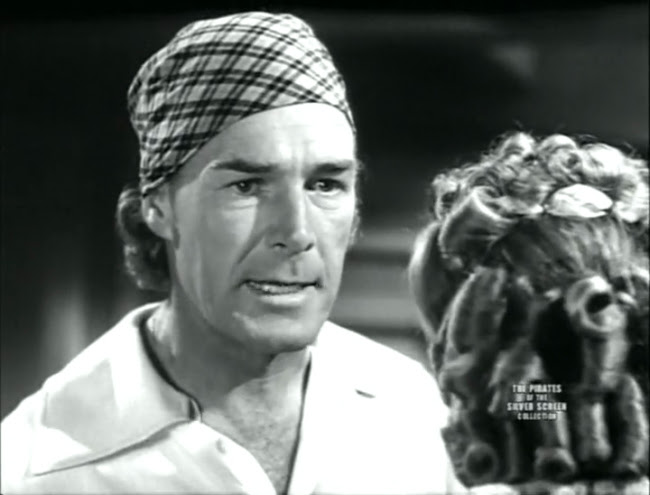 Unfortunately, one of the worst aspects of the film is its casting for what turns out to be the real main character, Randolph Scott as a down on his luck nobleman turned pirate. Scott could be good in westerns but here he sticks out like a sore thumb in a role more suited to Errol Flynn. Everything Scott wears seems like a costume and never like his clothes. 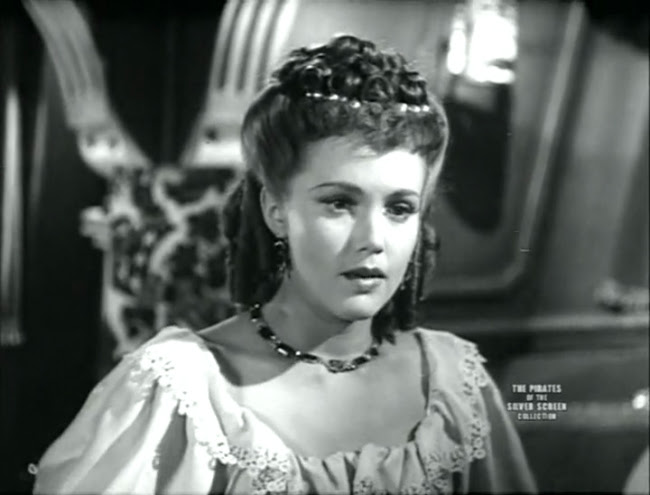 Even less impressive is Barbara Britton as his love interest, Anne Dunstan, who is little more than a human prop. But you may find the film worth watching for Charles Laughton alone--anyway, being in the public domain, it's incredibly easy to see. Even the Wikipedia entry has the whole film embedded, albeit in very low quality. There are several copies on You Tube of varying quality. This is the best copy I've found:

Posted by Setsuled at 1:12 PM
Email ThisBlogThis!Share to TwitterShare to FacebookShare to Pinterest