The One Who Calls 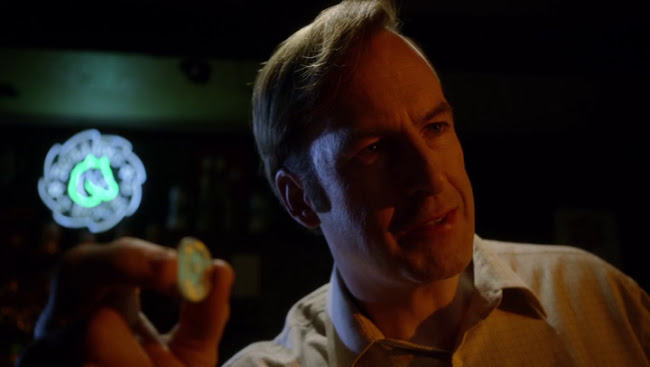 Did we know Saul was a genius before? Well, it's been proved over the course of the first season of Better Call Saul, the finale of which aired on Monday. It proved that Saul is the Walter White of this series, where White was godlike with chemistry, Saul knows how to manipulate people whether it be through the law or, as demonstrated in the finale with a whole lot of charm, through grift. 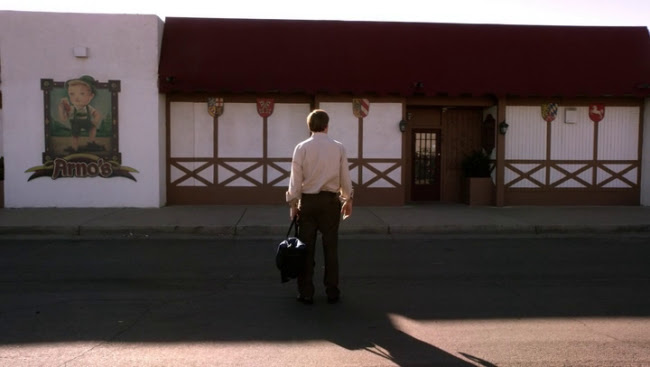 Like Walter White, Saul/Jimmy has been pushed out of success in the legitimate world by the betrayal of people close to him and he turns to crooked ways in response. I guess the key difference is that Saul does it from the beginning for self fulfilment whereas this was a revelation that only seem to come at the end for Walter who told himself most of the time his motives were revenge and money. Despite what Saul says to Mike at the end of the episode, we've watched him walk away from one lucrative opportunity after another because it's not the life he wants. His petty conman friend makes this clearer when he begs Saul to do one more scam before he goes back to Albuquerque, even though neither of them need the money.

So one could say that, more than a prequel, Better Call Saul is a continuation of Breaking Bad in that it thematically starts at the place where Breaking Bad ended. Now the hero knows who he is and what he wants--and those things happen to be against the whole world. Now what happens? I, for one, am looking forward to season 2. 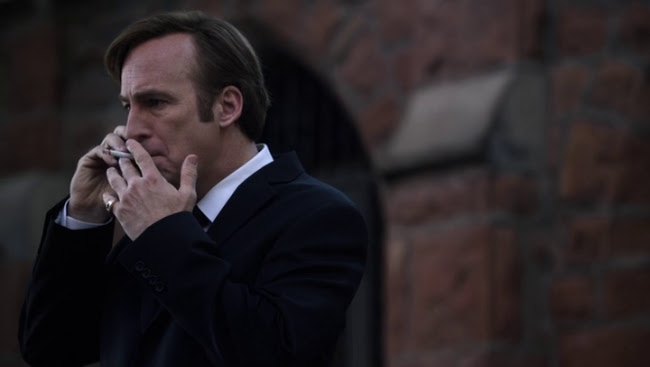 Posted by Setsuled at 12:26 PM
Email ThisBlogThis!Share to TwitterShare to FacebookShare to Pinterest