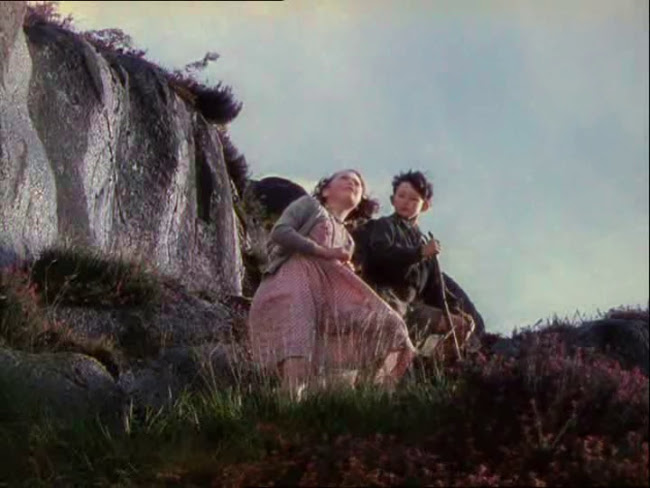 Of all the movies that have been shot in Scotland there may be few prettier than 1955's Geordie. Made by Frank Launder and Sidney Gilliat, filmmakers I normally associate with broader comedy, Geordie comes off a bit like Scotland's answer to The Quiet Man, a charming vision of a small, rural community living among fantastic hills of heather, unabashedly presenting the ideal Scotland. The story itself lacks the complexity of The Quiet Man but it's easy to love Geordie. 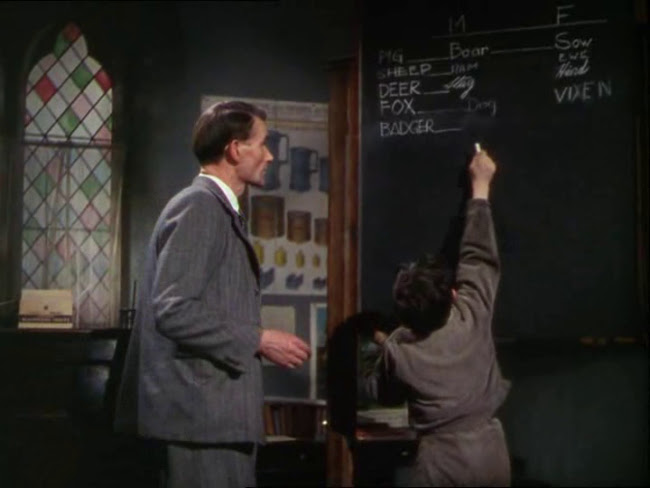 We meet the title character as an undersized youngster, teased relentlessly by his classmates. After a dangerous trip up a mountain with his friend, Jean, ends with him unable to peer over the edge of the bird's nest that had been the object of their journey, he decides finally to do something about his height. He spots an advertisement for a body building correspondence course in his father's newspaper. 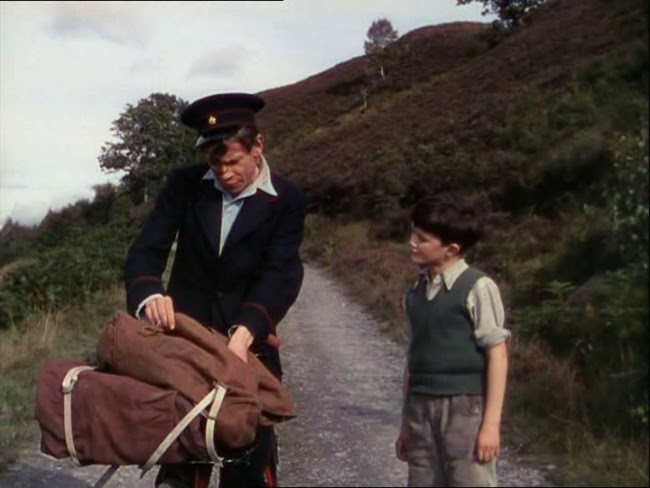 One expects the poor kid to be scammed but I love the fact that the course actually works and we watch wee Geordie grow up into a giant young man, now played by Bill Travers. 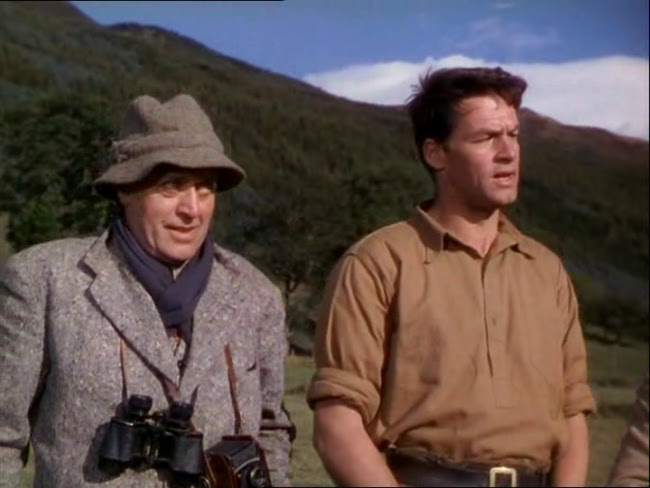 He follows in his father's footsteps to be come gamekeeper for Alastair Sim, who's credited only as "The Laird". Sim was a Scot so it must have been nice for him to play one for once. He cautions Geordie never to shoot kestrels somehow under the belief that kestrels never harm chickens, despite Geordie presenting him with clear evidence to the contrary.

The movie loses its way a little bit when Geordie competes at hammer throwing in the summer Olympics in Australia but I love the scenes of Geordie in the hot weather intercut with the people back home in the snow where the Laird is trying to put Johnnie Walker in everyone's tea. 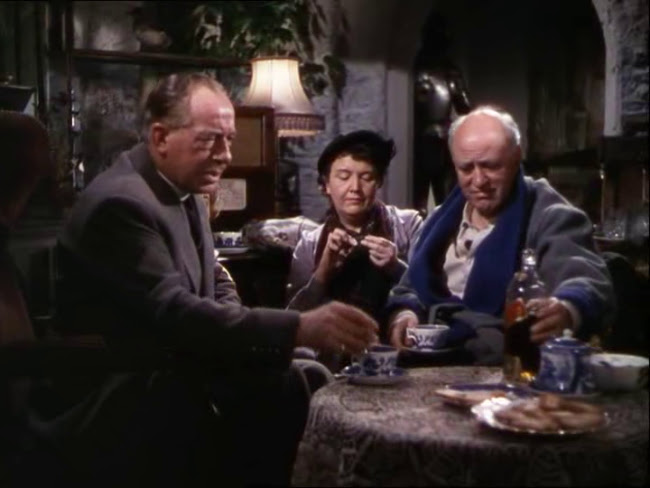 Posted by Setsuled at 1:40 PM
Email ThisBlogThis!Share to TwitterShare to FacebookShare to Pinterest