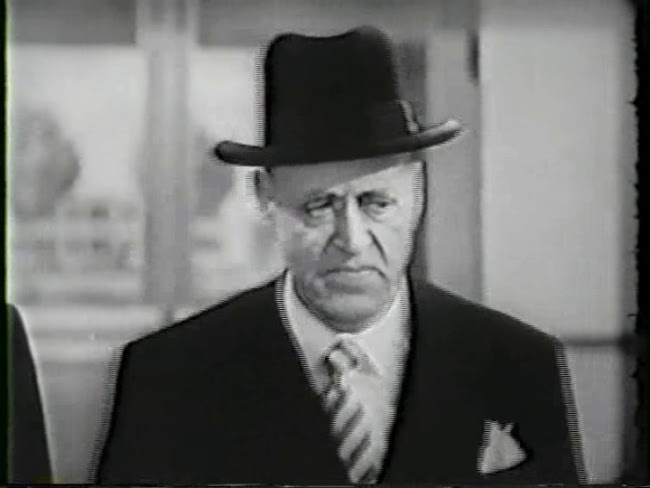 Does Alastair Sim look innocent to you? Well he is, in 1953's Innocents in Paris, a comedy that's more leisurely stroll through mild sweetness than particularly funny.

It's an ensemble film that follows a diverse assortment of British characters who board a plane for Paris at the beginning. Sim plays a glum government official who travels to France to negotiate with Russia over some convoluted matter of trade. His Russian counterpart is completely uncooperative until the two end up drinking together at a Russian night club after Sim's character repeatedly mistakes the other man's vodka for glasses of water. 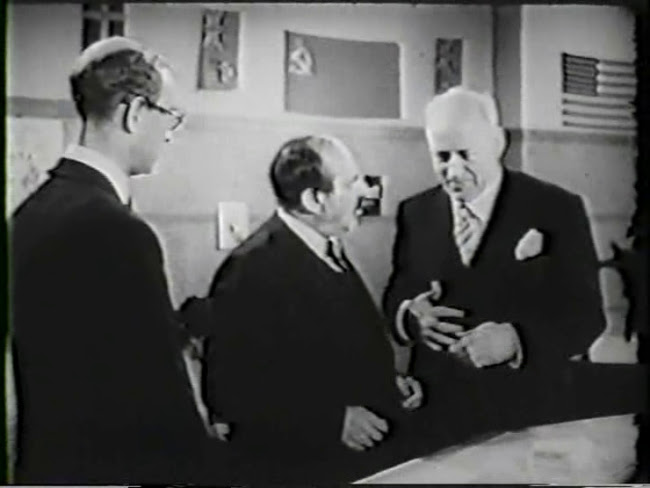 There are seven stories, none of them connect and none of them quite feel like they get off the ground. Claire Bloom plays a beautiful woman who meets a wealthy Frenchman and they get along. Margaret Rutherford meets a man who paints copies of the Mona Lisa. 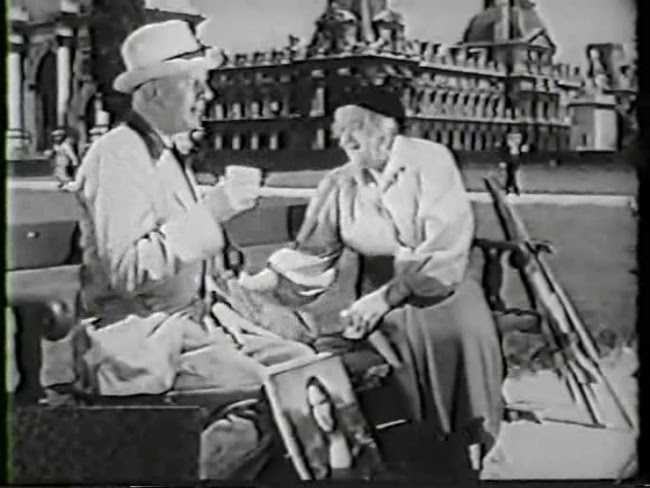 After Sim's, I guess my favourite story was of a Scotsman (James Copeland) whose kilt is torn at some kind of small amusement park where air is blown up from the floor with the design to flip women's skirts. The embarrassed young man is laughed at by the women but one, Raymonde (Monique Gerard), takes pity on him long enough to mend his kilt. 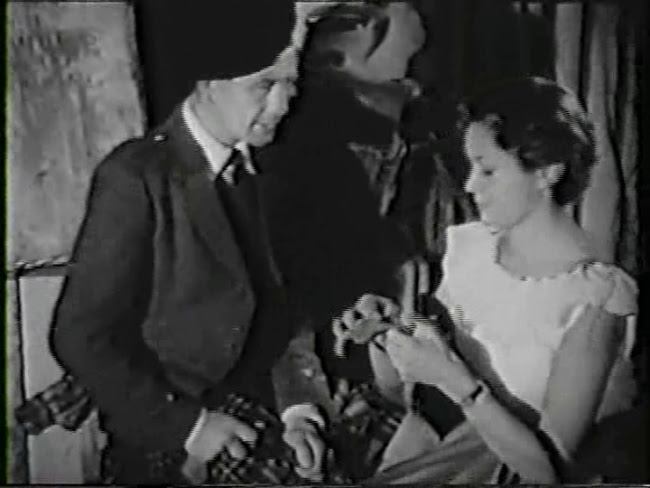 All of the stories involve British characters seeming indeed innocent and slightly, sweetly bewildered by Paris. The film is a reasonably pleasant way to spend two hours.