A Sheriff, a Colonel, an Angel, an Alchemist 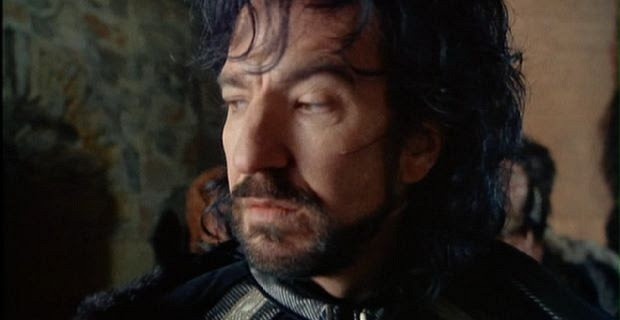 And now Alan Rickman, cancer takes another talented man born in London 69 years ago. Like many people I first became aware of him as a man who played villains, most notably in Die Hard and Robin Hood: Prince of Thieves. He was, to put it lightly, the best thing about that latter film where he managed to single handedly bring charm and humanity to a two dimensional character. 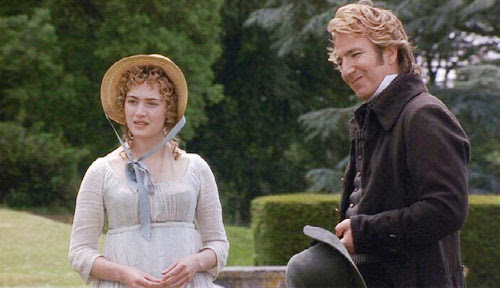 It was in Ang Lee's 1995 adaptation of Sense and Sensibility that I really began to appreciate just how talented he was, though. In a role that was by no means front and centre, he plays the long suffering Colonel Brandon with understated grace. Many people comment on Rickman's extraordinarily beautiful deep voice. That voice was an instrument and Rickman knew how to play it, knowing to play with restraint, particularly with a director like Ang Lee who's talented at using very subtle moments in an actor's performance to say quite a lot.

On the other end of the spectrum, Rickman was brilliant, too, bringing the right edge to the broader and funnier angel in Kevin Smith's Dogma. Frequently playing characters much put upon, in Dogma his elegance gives you the impression he really doesn't deserve such fatiguing circumstances but he tiredly recognises it's the nature of life.

I've never read the Harry Potter books and I don't quite remember how many of the movies I've seen, certainly not the final two, though I couldn't avoid gathering that Snape, the initially villainous character Rickman plays in the series, ends up being rather tragic, an arch that sounds intriguing enough in Rickman's hands to make me want to finish watching those movies. 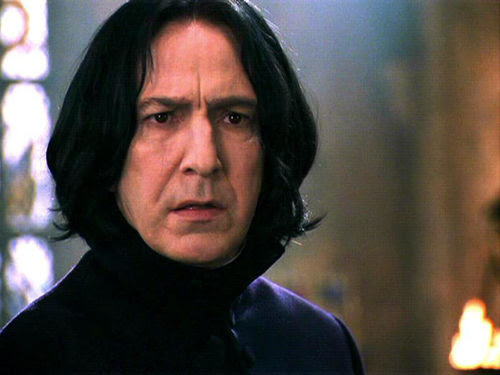 Despite the noted beauty of his voice, Rickman didn't think he was much of a singer and we have Tim Burton to thank for talking him into singing for Burton's best movie of the past fifteen years, Sweeney Todd.

Now, see if you can spot all the references in this sonnet:

The supermen in shadow stations pass
A needle film on orange landscape to Earth.
A man who fell and sold the width of glass
Had measured valentines at crashing worth.
Cygnet committees smell the set too sweet.
Candidates write violent journals for Blue.
Grace gives us a slow burn glass spider neat.
The angel changes little wonder you.
The young and frightening Americans
Recede before the dogs of sailors fighting
Seven days we have to Space Boy's tin cans,
Five years to the tin machine's read lighting.
The next day cast the day where we could swim
In star man light no flies or guns could dim.