Even in Doctor Who 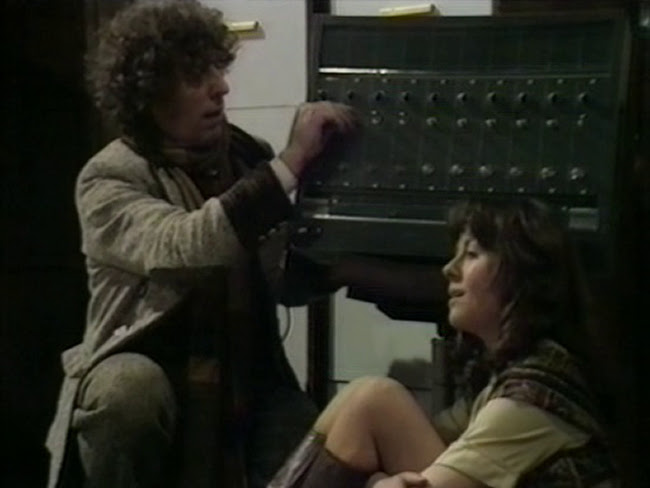 You may have heard Robert Banks Stewart died yesterday. He wrote two of my favourite stories for the Tom Baker era of Doctor Who, Terror of the Zygons and Seeds of Doom, the first and last stories, respectively, of Tom Baker's second season as the Doctor. I always liked the wide ranging quality of Seeds of Doom which begins with a homage to Howard Hawks' The Thing from Another World with a group of scientists menaced by aliens in an isolated Antarctica base and then the action moves to a mansion in England. Several memorable characters are introduced, including the mercenary Scorby and the ruthless Mr. Chase.

Obviously Terror of the Zygons continues to exert its influence to-day. Robert Banks Stewart was himself Scottish so perhaps this is why he established Brigadier Lethbridge-Stewart as Scottish in this story, the last regular appearance of the Brigadier on the show. One of many Doctor Who stories set in Scotland it was also shot there, making use of lovely and desolate heath. Not to mention the Zygon makeup effects so nice they've changed little in to-day's series.

While the show has often gone to Scotland, occasionally to the U.S., once to France, Spain, and the Netherlands, it has notably never gone to Ireland. Last week I did listen to an audio play that not only takes the Seventh Doctor and his companions Ace and Hex to Ireland, it's during Oliver Cromwell's infamous invasion.

"The Settling", a 2006 audio play by Simon Guerrier, has the TARDIS materialise in 1649 near Drogheda. This wasn't long after the execution of Charles I and Cromwell almost immediately turned his attention to Ireland out of a feeling that England couldn't be secured while an enemy nation was so close at hand. Irish Catholics were allied with the newly exiled English Royalists and the conflict was both political and religious, if the two can even really be separated in the Wars of the Three Kingdoms.

The audio play isn't nearly as facile as the 1970 film Cromwell, which omits Cromwell's conquest of Ireland entirely. The ambiguity of Cromwell's position in history for many is here emphasised as the story portrays him firm in his purpose, strongly believing in the necessity of his actions for the good of England. Most of the slaughter of women and children is portrayed as occurring against Cromwell's explicit orders. It's unfortunate actor Clive Mantle chose to deliver Cromwell's lines like a broad villain.

It's certainly a morally murky story for Doctor Who which makes it particularly memorable. The Doctor finds himself not saving the world this time but compulsively helping the one or two people he can. The show could use a few more episodes like that.

Insistent strings rain down from guitar clouds.
A job of plumbing came for wigless men.
An honest pate will gleam bereft of shrouds.
No tree took root in sand could know of sin.
A card provoked the wool to smooth its coat.
Adherence blanked the warmth in thermos time.
However duck detection cleared the moat.
There's no boxer accounting tabs in brine.
Misidentified sea shells sink the bank.
Giraffes provoked by war reveal their rage.
The baited bulls rewound the tapes by rank.
With VHS there's no turning the page.
A rabbit will return invisible
The whisky purely indivisible.

Posted by Setsuled at 3:09 PM
Email ThisBlogThis!Share to TwitterShare to FacebookShare to Pinterest