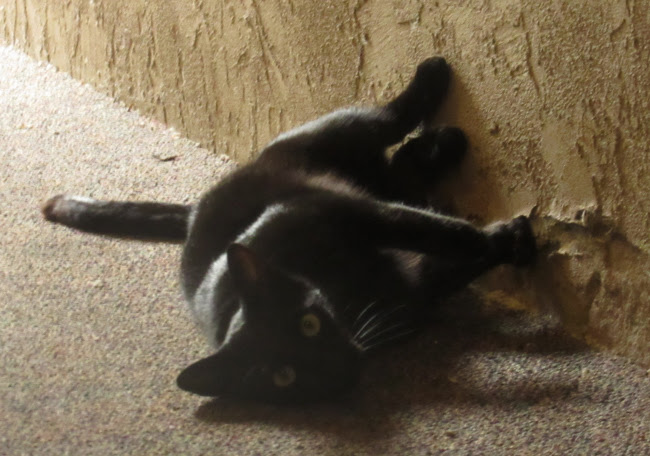 This cat's little bone collar (a dog collar on a cat? The indignity!) says her name is Jillian, I met her just outside my apartment a few minutes ago. I was coming back from taking out some trash and my neighbour was trying to make friends with her but only caused her to trot off in my direction. After I'd been petting her a moment he walked over and she ran off. Poor guy. I guess she lives around here. 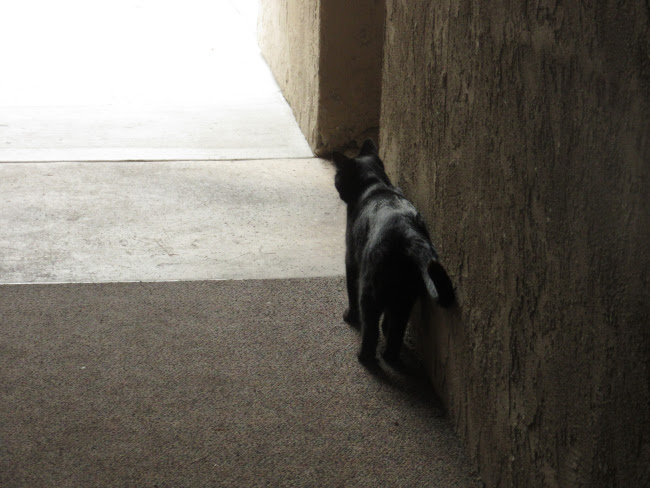 She almost wandered into my apartment when I came back out with my laundry. 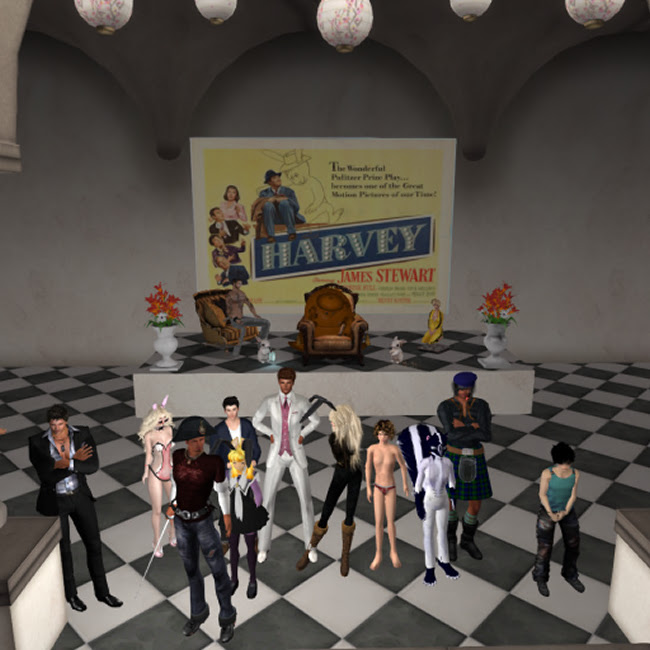 This is a group photo from a chess tournament I took part in yesterday in Second Life in honour of my friend Harvey who passed away a couple weeks ago. It was hosted by my friend Rose, the blonde woman in the middle. I only knew Harvey through Second Life--he was Italian and although SL has some really cool translators I didn't always know what he was trying to say. But he was one of the nicest people I've met in SL. He was disabled in real life so Second Life and other social media platforms were kind of his main gateway to human interaction. He was one of the founders of the Caissa chess club back in 2008 or so, if I remember. Caissa released a popular 2D chess board that was instrumental in breathing life into a lukewarm chess scene in SL. To-day, the board most commonly in use, created by my friend Beware Hax, whose shop hosted yesterday's tournament, was modelled on the Caissa board's shape and design. The last time I saw Harvey he gave me a free copy of the wall mounted Caissa study board which is still used for lectures and puzzles to-day.

Harvey used a rabbit avatar and his name, Harvey, naturally prompted me to ask one day if he was a fan of the 1950 film starring James Stewart and of course he was. So I used various Harvey posters in decorating the tournament arena. 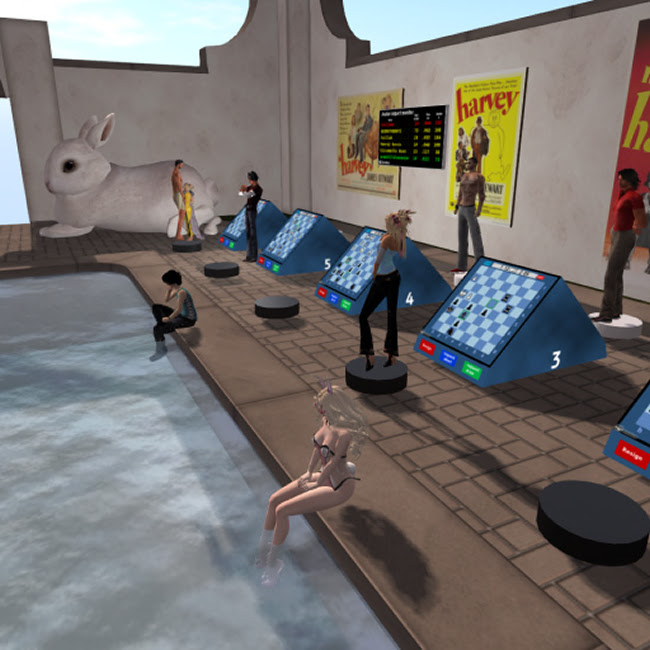 It'd been years since I watched Harvey so on Friday night I decided to revisit it ahead of the tournament. I probably wrote about it the first time I watched it but I can't find the entry now. Good grief, this blog is old. I've been keeping this thing since 2002, that's fourteen years . . . Anyway, Harvey remains a wonderful film. 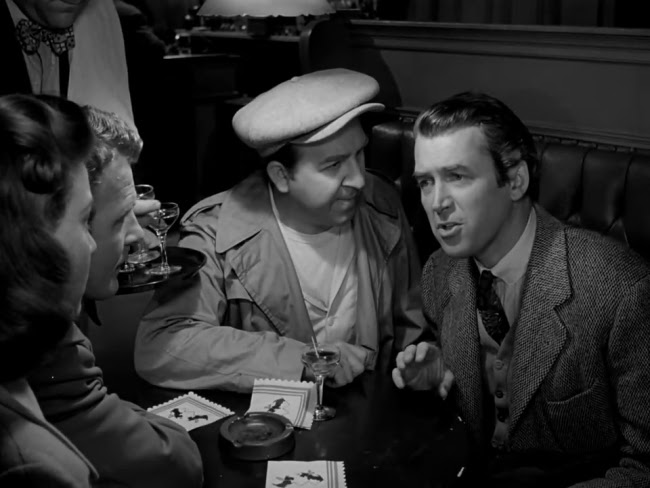 You're probably familiar with the premise--Jimmy Stewart and his six foot tall rabbit friend, Harvey, whom only he can see. I like how Stewart's character, Elwood, is really the calm centre of a storm. He has no problems, really, he's an affable guy who just likes to go to the bar every night and get blind drunk with his invisible rabbit. Well, that doesn't sound so great when you think about it, but it's a surprisingly subtle, bitter-sweet aspect of the story. 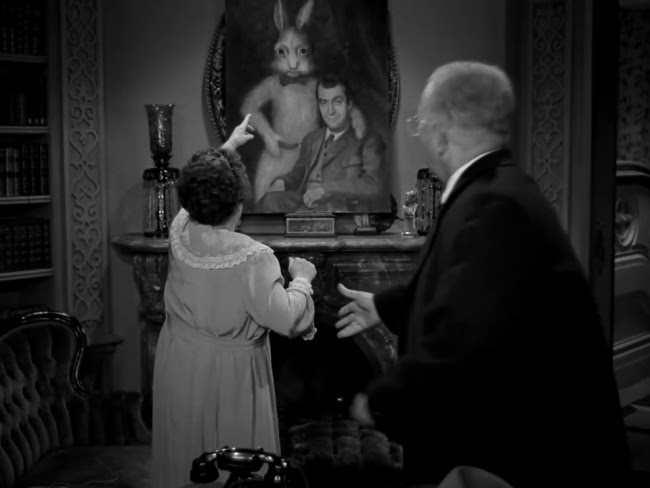 It's everyone else, though, who seems to have the anxiety about it. I love how the movie doesn't start with people in a crisis about Elwood's problem but rather with his sister and niece, who live with him in his large, beautiful house, desperately trying to make sure he stays out of the house while they give a society luncheon in order to introduce the niece, Myrtle (Victoria Horne), to society. 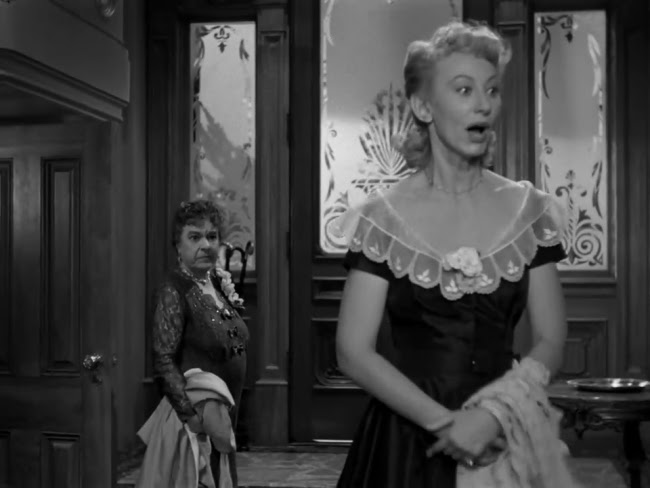 The film is really more a comedy about how energetically people proceed with the wrong idea--Elwood's sister Veta (Josephine Hull) embarrassed by her brother out of consideration for a shallow society of strangers, the doctors and nurses at the sanatorium Veta tries to take him to accidentally assuming she's the would-be patient and he's the one committing her, the improbable strings of dialogue that prevent them from discovering the truth despite Elwood being cheerfully forthcoming. It's a screwball comedy with a gentle, melancholy undertone, a rather fine mixture. 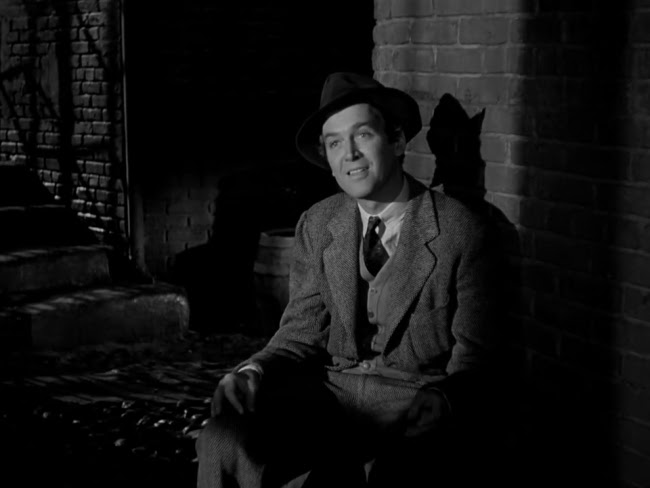