Name that Mind Worm on the Submarine 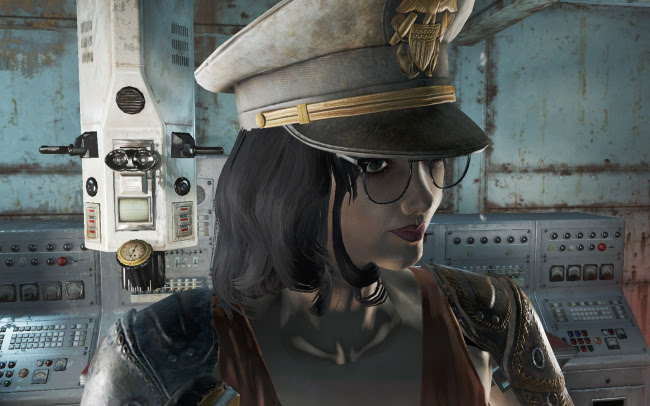 Well, ever since I decided to make Saturday "Doctor Who Day" on my blog, I've found sometimes I had to really scrape the barrel for anything Doctor Who to talk about. To-day all I have is the Eighth Doctor audio play "Something Inside" from 2006 which I listened to last night. It's not much to talk about being perhaps the most unremarkable audio play I've heard. It's not particular bad or good. It's one of the many audio plays that deals largely with telepathy and things occurring in the mind, scenes of people standing or sitting while talking in agonising tones about this "thing inside my head!" Something that would be hard to make work on television but the sort of thing lacking in visual information perfect for the audio format. This time it's a "mind worm" attacking genetically engineered telepaths in some kind of cube maze. It is nice the Eighth Doctor stories always sound like the actors have read the script at least once before recording.

I listened while colouring comic pages and then while playing Fallout 4 last night. I'm enjoying Fallout 4 although I haven't had much more time than four hours a week to play it. I have three characters now mostly just because I love playing around with the face sculpting in the character creation. This is the character I've used the most, I named her Delilah: 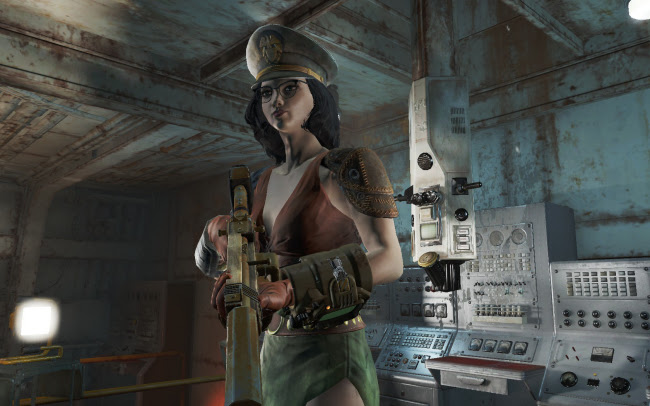 Seen here on the Chinese submarine I found a few nights ago. It was night and a little kid on the wharf was yelling about an eye that kept popping out of the water. It turned out to be a periscope when I swam out to it.

No-one in the game calls my character Delilah but that's actually a bit unusual. For some reason, Bethesda decided to have one of the actors record an enormous list of possible names so that at least one character, a robotic servant, is able to say whatever random name you choose. Apparently they recorded over a thousand names. I hope the voice actor didn't have to do them all in one day. Considering the number of bizarre and unusual names they recorded, I was a little surprised Delilah wasn't among them. Here's a video where someone tested a long list of names:

Delilah has slept with a singer at a little bar in some makeshift town called Good Neighbour so I can confirm the game has same sex relationships. It's still pretty chaste compared to the shenanigans you could get up to in Fallout 2, though. I can only imagine the outcry that would result if you could work as a prostitute as you could in that game.

Posted by Setsuled at 12:15 PM
Email ThisBlogThis!Share to TwitterShare to FacebookShare to Pinterest