To Survive and More 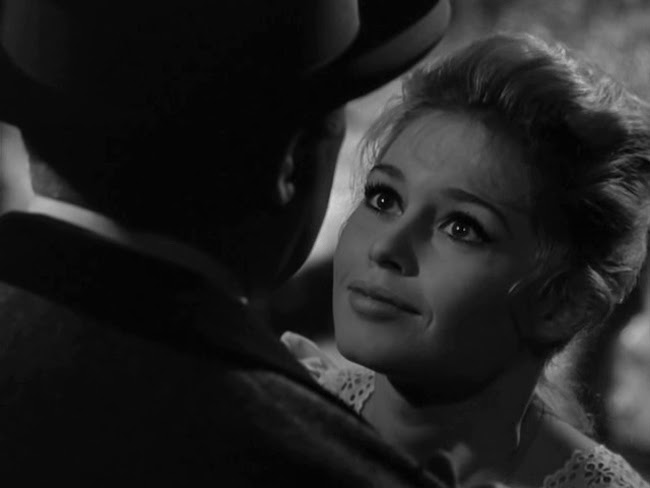 The boundless affection that leads Yvette to sleep with so many men is one of the very qualities that draws Andre to her but it's also what puts their relationship in constant peril. Claude Autant-Lara's 1958 comedy noir film En cas de malheur ("In Case of Adversity", also known as Love is My Profession) stars Brigitte Bardot and Jean Gabin and is one of Bardot's most successful and popular films though it has yet to be released on DVD in the U.S. It's a shame because she's in top form here in a well written film that's funny, tragic, and insightful. 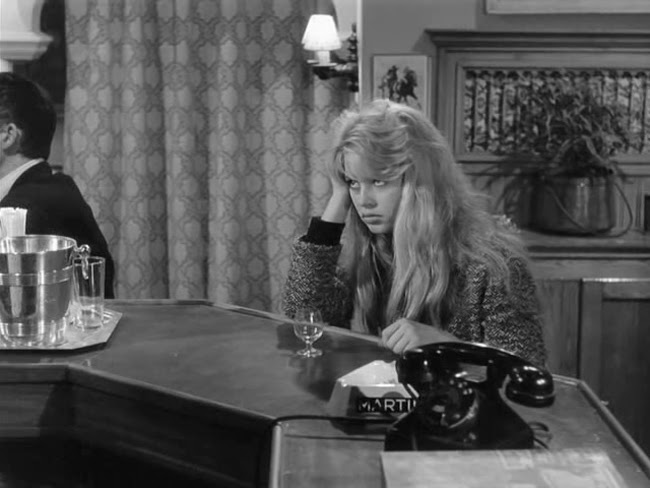 Two prostitutes--Yvette (Bardot) and a friend are out of money and decide to rob a jeweller. They buy a toy gun and don't plan on anyone getting hurt but an old woman intervenes and in confusion and panic Yvette cracks her over the head with a tire iron. The old woman is injured but not killed. 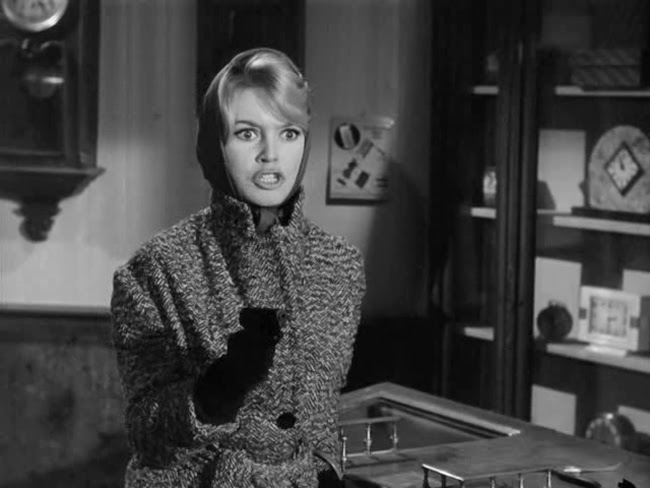 Shortly afterwards we see her in the lavish office of one of the most powerful lawyers in town, Andre (Jean Gabin), coolly explaining to him how she knows a barman who'll lie for her and give her an alibi and it'll be easy to defend her. She still doesn't have any money so she lifts her skirt and sits on his desk, spreading her legs. He just stands there watching her without expression. 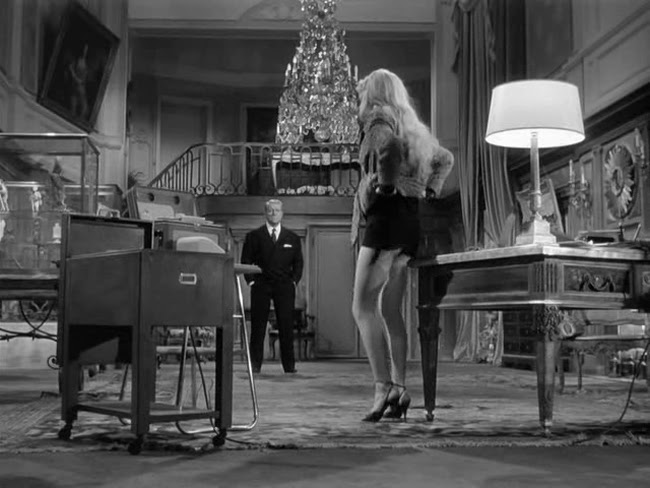 Gabin is pretty subtle in this film, the women around him having most of the expressions, both in dialogue and in their faces. He doesn't accept her payment but takes the case for free, claiming it's for the challenge. His wife, Vivianne (Edwige Feuillere), not knowing what Yvette offered him, confidently assures Andre he wants to sleep with Yvette even if he doesn't realise it himself. She even drives him to Yvette's building, tells him to get out of the car, and drives away. 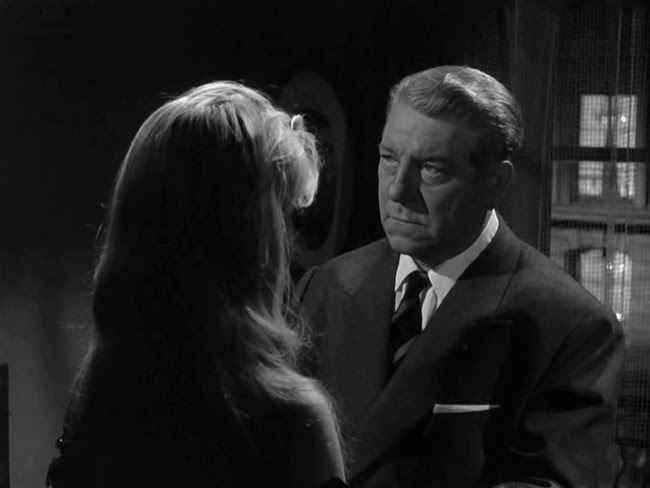 Would Andre have eventually slept with Yvette if his wife hadn't done this? Maybe Vivianne really did know him better than he knew himself and maybe she was taking control of the situation by claiming the initiative. Maybe it was a self fulfilling prophesy. In any case, everyone tries to be very liberal. Vivianne doesn't like Andre sleeping with Yvette but openly tolerates it, Andre doesn't forbid Yvette from sleeping with anyone else but Yvette is cagey enough not to bring a trumpeter she's partied with upstairs when she sees Andre is waiting for her. 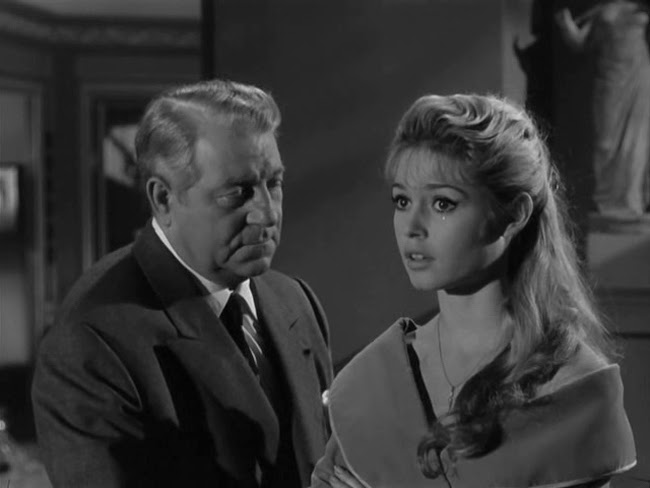 In an effort to pay him back, Yvette takes to dealing drugs but Andre is mortified when he finds out and forbids her from continuing. Yvette seems to like having sex with Andre but if that's true why is she trying to find another way to pay him? In addition to the various guys she sleeps with, she also has another lover, a young, volatile man named Mazzetti (Franco Interlenghi). He's fiercely jealous about her relationship with Andre, accuses her of being a kept woman. He steals her keys and goes to her apartment where he tears up all her clothes. Yvette calls Andre to come home with her because she's frightened of Mazzetti. When they arrive, they find the remains of Yvette's clothes. Andre thinks it's funny but Yvette is so scared she's sick to her stomach. 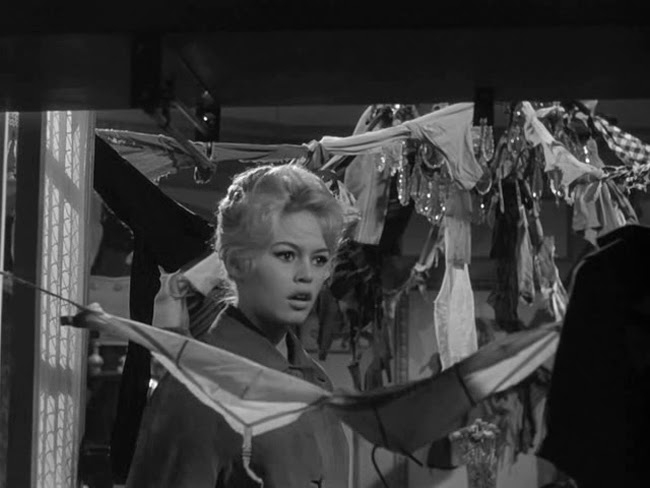 But she still clearly loves Mazzetti. It's a movie about people who can't control themselves and who continually break promises while hoping to land in a situation where the natural course of things takes over. These qualities, especially in Bardot's character, are loveable and successfully make you afraid for them.