All This in the Royal Navy 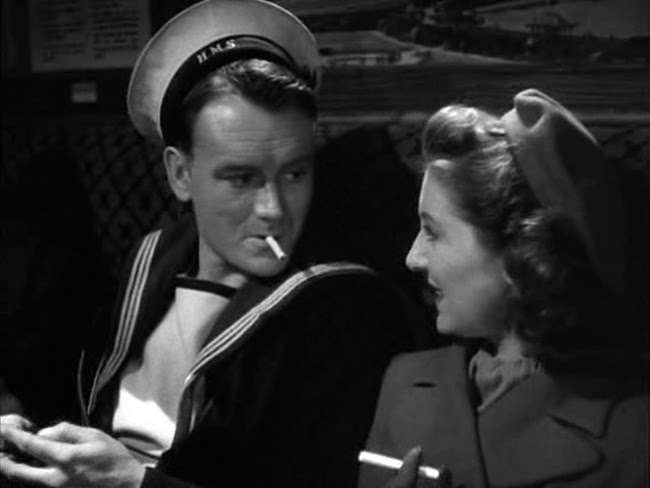 Ships may sink, spouses may die, but there'll always be Britain. And that's more than a small thing says 1942's In Which We Serve, a rather effective propaganda film from team Noel Coward and David Lean--but mostly Noel Coward as the opening credits make clear, telling us it's a Noel Coward film, written by Noel Coward, starring Noel Coward, and with music by Noel Coward. Lean's presence is certainly felt, though, and for all its obvious manipulation this film has real heart. 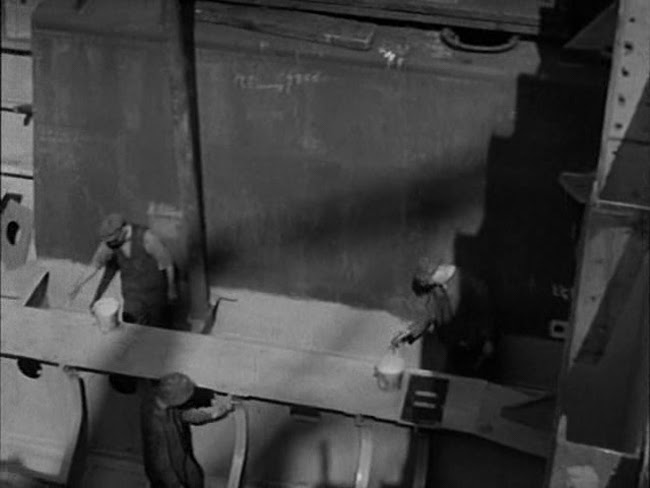 "This is the story of a ship!" we're informed first thing by the narrator and then we watch some fascinating actual footage of a British warship being assembled: molten rivets pounded into place as they cool, bulkheads lowered by crane. 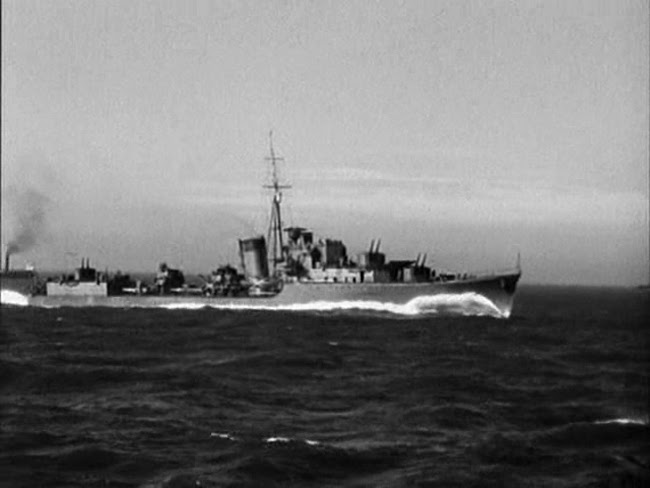 The story follows the crew and families of the crew of the HMS Torrin and very early on we see her being sunk in the Mediterranean. As the crew cling to the life raft, the story is told through flashbacks marked by watery dissolves. 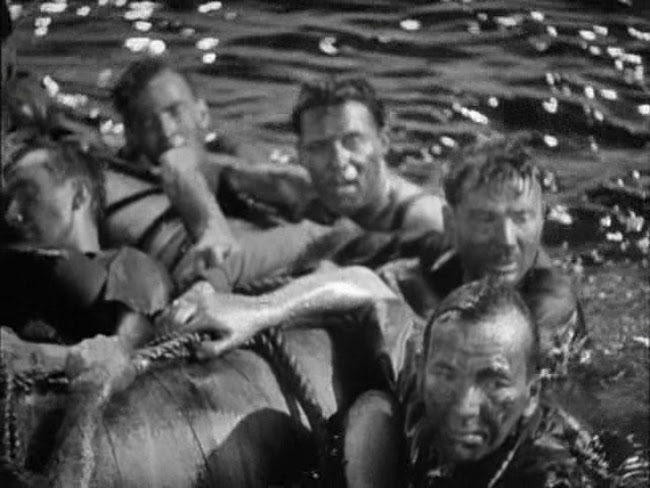 Coward plays the captain, of course, named Kinross. It's a decent but not great performance. Coward talks fast and seems self assured but there's not much life in it; he's easily overshadowed by his wife, Alix, played by Celia Johnson. 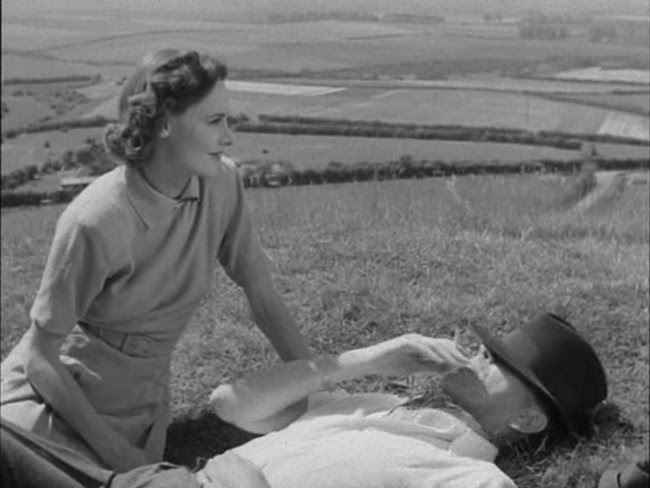 Here the two relax while he's on leave and their children idly speculate on the kinds of planes dogfighting overhead. The message is clear--don't worry so much about imminent peril. What if you do get killed? It's all for Britain, after all! Don't be like young Richard Attenborough, who appears in his first (uncredited) screen role as a crewman who flees his post in the heat of battle. 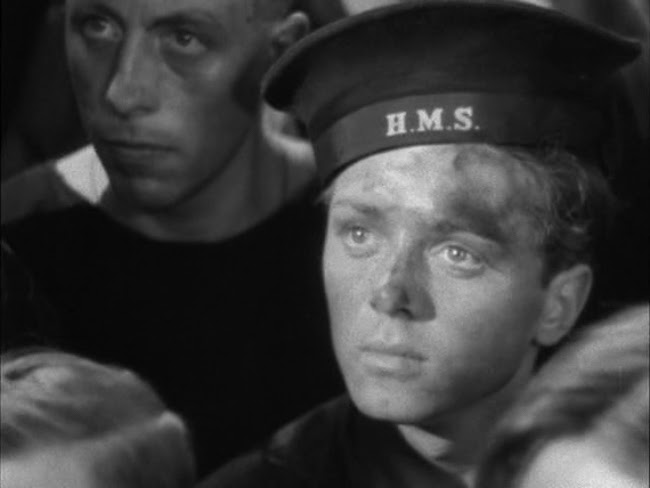 But even he has a chance to redeem himself. Other standouts in the crew are John Mills and Michael Wilding and everyone comes across as impressively earnest and innocent. I imagine it did quite a lot for audiences at the time putting such faces on the lads at sea. I certainly came away feeling they deserve our support.

Posted by Setsuled at 11:27 AM
Email ThisBlogThis!Share to TwitterShare to FacebookShare to Pinterest