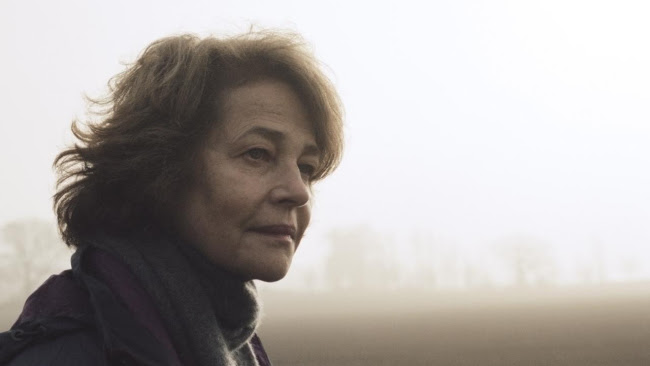 Sometimes discretion is kind of ugly. Discretion is sweet when a young lady isn't wearing underwear and you act like you don't notice when a gust of wind informs you of the fact. It's ugly when it's the old man at a family gathering most people know committed sexual assault but now preserving the peace is deemed more important than stirring up trouble. It's not just to protect him but the general sense of well-being at the party. The Academy Awards is a fiction in the discretion genre--a big budget, high stakes example of discretion fiction, sure. But nonetheless it is, like possibly all awards ceremonies, more about the idea of a meritocracy attractive to its participants than an actual celebration of merit. Remember this if you're tempted to wonder why Charlotte Rampling could say something as colossally stupid as branding complaints over the lack of racial diversity in this year's list of nominees as "racist to whites." The Academy Awards are very old and part of the continuing fiction the Academy Awards presents is that white, heterosexual people excel where others do not. The racism in Rampling's statement is stupid, the seeming naivete is carefully calculated. Charlotte Rampling is a very good actress and she's trying to improvise in the hopes of winning the role of Oscar Winner. She's read the script and thinks she's got the gist.

I don't think Academy voters consciously exclude people for the colour of their skin, I think what we see in action are subliminal mechanisms handed down. It's often remarked that many Academy voters are of an older generation so even if they intellectually realise that there's no such thing as one race being intrinsically superior to the other, old habits die hard. They might not seek movies starring black actors simply as a matter of habit. Certainly the majority of the public rarely does. So the Oscar chief's decision to change the voting membership to include younger and more diverse members makes sense. The show needed a new team of writers, now a new theory of what the Oscars are supposed to be can take up the narrative.

Posted by Setsuled at 12:02 PM
Email ThisBlogThis!Share to TwitterShare to FacebookShare to Pinterest