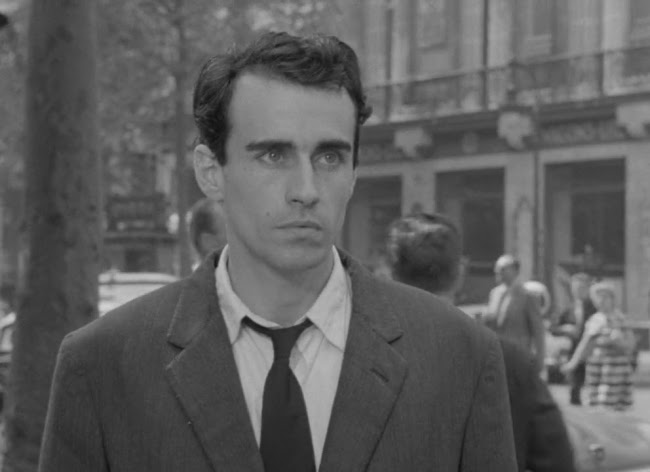 Those wide eyes under those heavy, dark brows. So much of Robert Bresson's 1959 film Pickpocket depends on them. The owner of those eyes and brows was Martin LaSalle, who was not an actor, and he and the rest of the cast deliver solemn, unemotional performances, part of a beautiful exercise in subtlety.

A pickpocket has to be very subtle. We see Michel (LaSalle) take wallets from breast pockets, facing his victim as he does it. 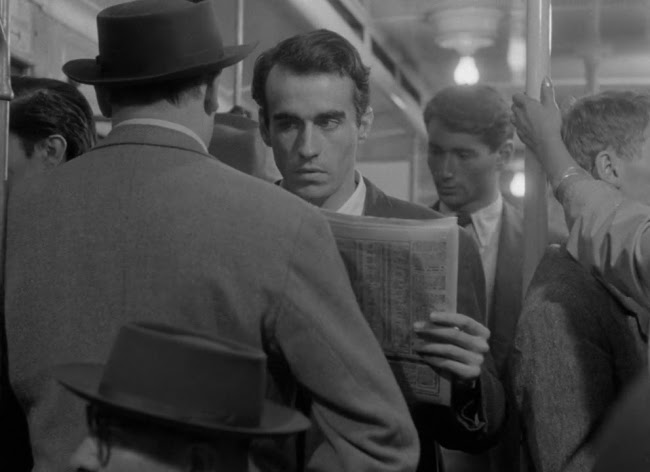 How do those eyes not give away everything the way they communicate everything to us? Because LaSalle is actually conveying very little it's believable even as we, the audience, understand the desperate emotions and motives behind Michel's undertaking. Bresson didn't cast actors, he cast faces. 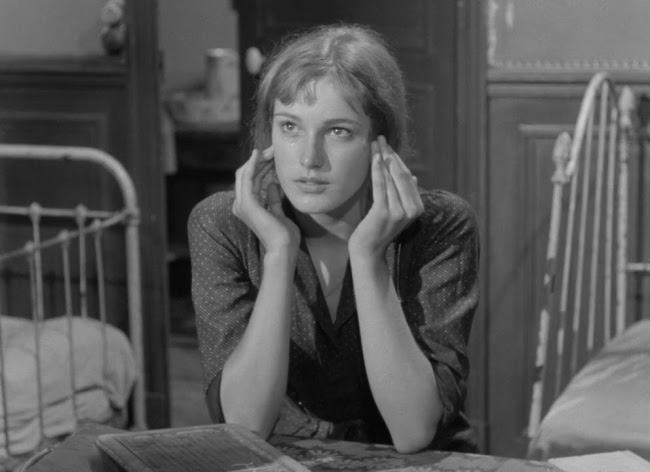 The same goes for the angelic young woman, Jeanne (Marika Green), who lives in the same building as Michel's bedridden mother. The two actors walk stiffly around and deliver lines flatly at each other but there's something so honest about it. I don't know if you could do something like this to-day where every non-actor is hyperaware of film and television. We to-day only have good actors and bad actors, there are no more non-actors like you see in some French New Wave and Italian Neorealist films. 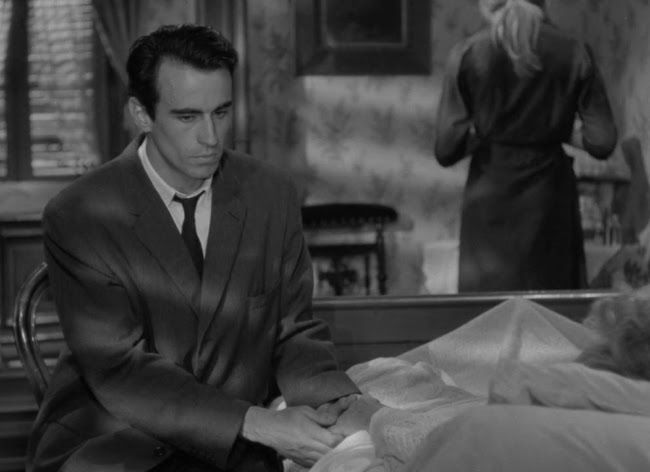 The reserved nature of the characters whose faces signify so much magically makes a very simple story of a man turning to crime and a woman helplessly falling into his life through need and a sense of responsibility seem complex and extraordinarily innocent. Michel's life of crime requiring deception and slight of hand seems all the more precarious for his complete lack of guile, and yet that same reserve makes his effectiveness completely believable. But more than anything, the people in this film seem naked and completely at the mercy of circumstance, every intention has only a fifty percent chance of achieving results. 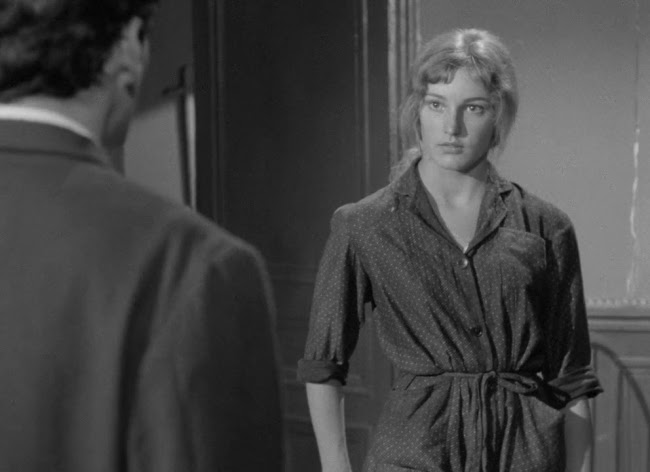