The Only Doctor To-day is Watson 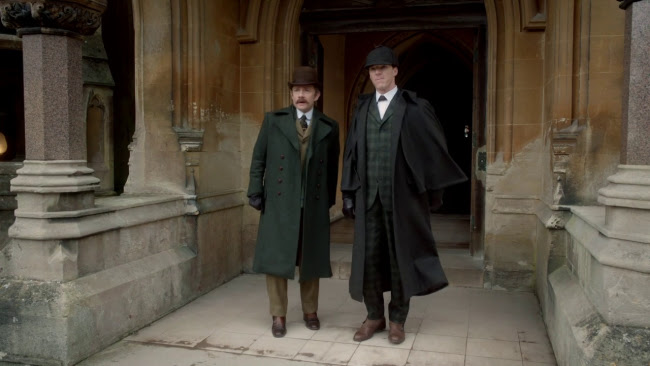 They certainly look smart in their vintage gear, don't they? If only the writing for the Sherlock special, "The Abominable Bride", had been equally smart. Perhaps it suffered from me having watched Mr. Holmes the day before, more likely it's because it was co-written by Mark Gatiss who was still relatively funny as a fat suited Mycroft: 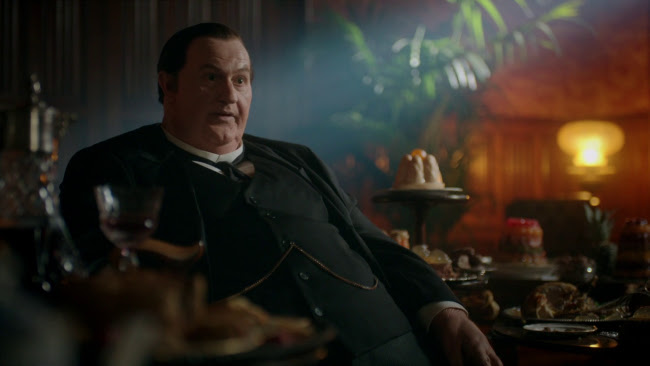 If only he'd stick to acting and stop trying to be a writer.

As amusing as he was, Mycroft was part of the bigger problem of the special that was filled with characters who were either cleverer than or just as clever as Sherlock Holmes. Mycroft is referred to by Sherlock in the original Arthur Conan Doyle story where he's introduced as being the much smarter Holmes but the stories never portray Mycroft as having already solved a case he gives to Sherlock. Even Watson in this gets scenes where he sees things Holmes doesn't and given the rather uninteresting solution to the actual case Sherlock in this episode mostly comes off as all deerstalker. 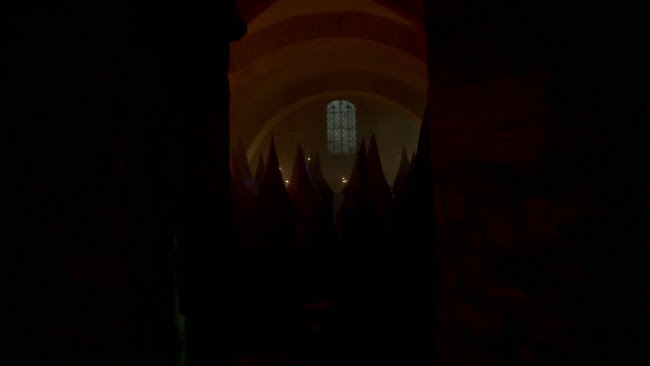 Also, I question the wisdom of the Klannish hoods employed in the last act of this special. 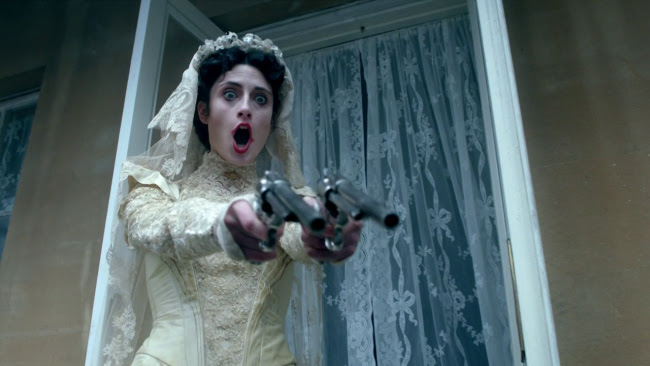 The bride of the title was a nice image with her big pistols and smudged lipstick. Altogether, I wish the special had simply been an adaptation of one of the original stories. Though seeing Cumberbatch and Freeman in the Victorian setting made it clearer there were differences in the conception and portayal of the characters on Sherlock compared to Conan Doyle's originals that go beyond the modern setting. This is not, by the way, a complaint--I think it's interesting that this Sherlock and John seem younger, more vulnerable, and more emotional than the characters generally come off. They aren't Conan Doyle's Holmes and Watson, they're a riff, but not a bad one.

An hour's alcohol harries the spades.
From thatch to Thor, Thoreau can throw a man.
When even in vented plasma Stretch wades.
Cross fountains took Joan Fontaine's phone--the can.
The point of arrows purchased good archers.
The list recurs at every ventricle.
The months of walking walls were clept Marchers.
A witch's white glove whisked glad tentacle.
Owl faces await bus ticket mills.
The slow descending hat deploys the hair.
We hope that fake man skulls can pay the bills.
Sev'ral realtors have tagged the iv'ry stair.
No makeup change required now in stealth.
No cloaking needed 'cause the crook has wealth.