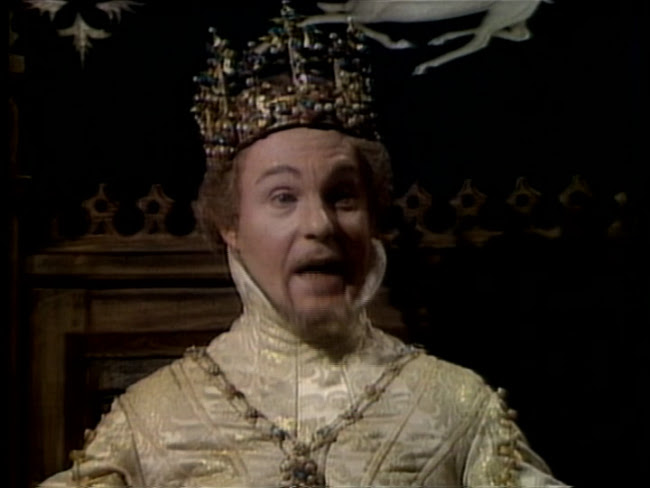 One should never confuse Shakespeare's Richard II with his Richard III. The two kings are very different, where Richard III is perhaps the better play for its crystal clear rendering of such a thoroughly ruthless man, Shakespeare creates a more conflicted character in the second king of the name. In all the productions I've seen there's a sense that he is at least partially motivated to preserve the peace in breaking up the duel between Bolingbroke and Mowbray, though generally in everything, including securing good opinions of himself, he seems as though he's motivated by narcissism. Which of course results in that prolonged scene where he simply cannot abandon the stage quickly to give his crown over to Henry IV. A couple weeks ago I watched a nice 1978 production for the BBC with Derek Jacobi playing the role ably, his sometimes broad, very emotive style more suited to this more than to the role of Hamlet, which I saw him as in a production from the same BBC series of Shakespeare plays. But the standouts for me in this Richard II were John Gielgud as John of Gaunt, Wendy Hiller as the Duchess of York and Mary Morris as the Duchess of Gloucester. 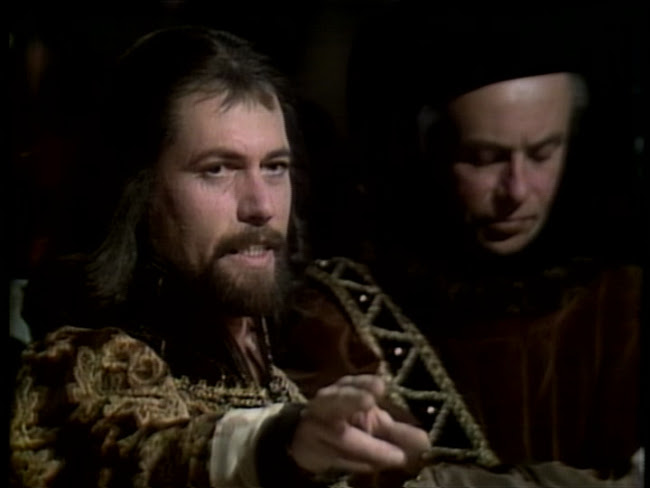 Jon Finch is also good as Bolingbroke and I was happy to finally see the production of Richard II that shares the same actor in the role of Henry IV as the very nice production of Henry IV that was broadcast a year later as part of the same series. He's solid enough here though the role is kind of periphery at this point, as crucial as it is to the plot. 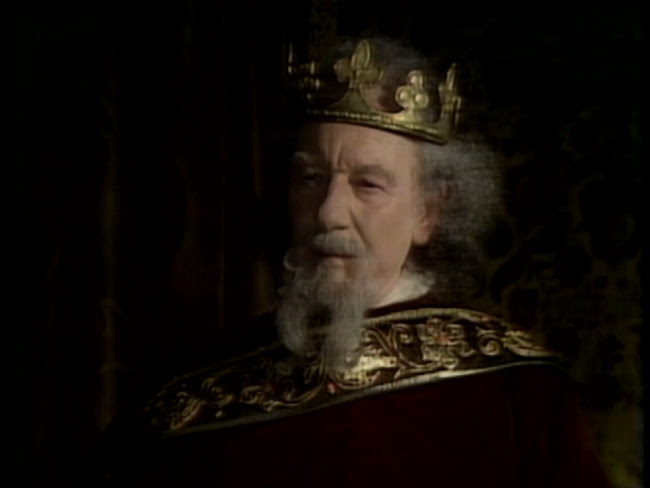 Gielgud has the lovely "this blessed plot" soliloquy. I see the only copy of the speech from this production on YouTube is a badly formatted one uploaded by the British National Party:

I'm guessing this was meant to use the speech as a call to preventing foreigners from entering the country though the emphasis of the "Hath made a shameful conquest of itself" unintentionally reminds us that the play is about a king ordained by all law and tradition that needs to be deposed by an interloper for the good of the country. The criticism of Richard's selling charters to raise funds for his foreign wars is more an indictment of (what would come to be known as) capitalism than it was anti-Marxist

Gielgud is also good in showing subtly his complex feelings of uncertainty with Richard, initially supporting his decision to break up the duel but then finding he ought to have followed his heart rather than see his son exiled. 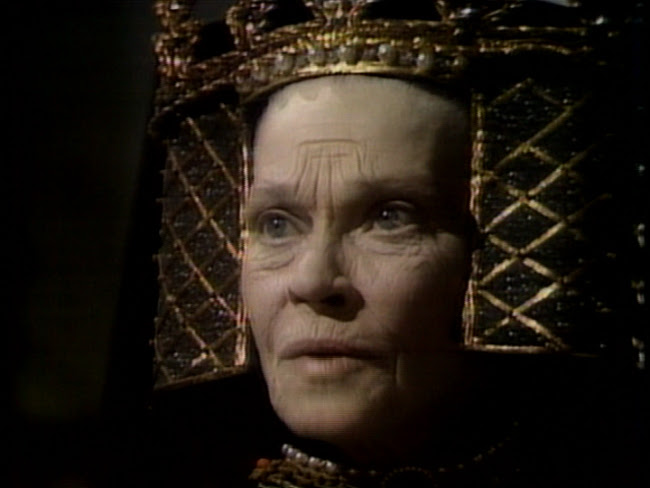 This play largely about male characters has some great scenes for women emphasised by two excellent actresses. Mary Morris as the Duchess of Gloucester makes a speech I found tedious in another production really gripping as she pleads with John of Gaunt regarding her murdered husband. 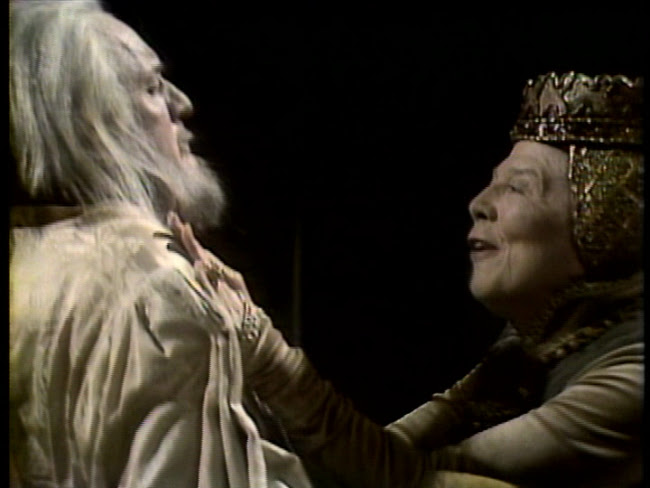 Wendy Hiller, as the Duchess of York, is also a woman who's forced to plead with men for justice she cannot obtain herself as she seeks pardon for her son despite her husband, played by Charles Gray (the Expert from Rocky Horror Picture Show), advocating the execution of their son for treason. There's some irony that Richard's seeming leniency was part of a weakness while in Bolingbroke it is here shown as a strength. Hiller is a big part of creating this impression as the passion of her pleas come off as so real and familiar, oddly I found myself feeling like I knew this woman and believed her plight. 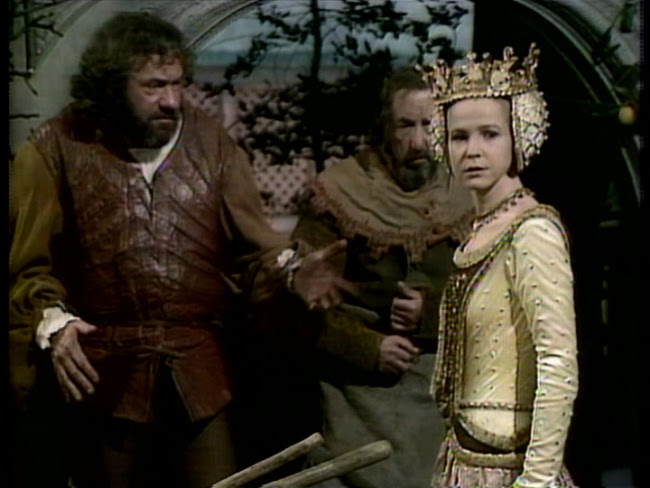 Janet Maw as Richard's queen is also effective in her scene where she finds out about her husband's changed state through the gardener. The production has beautiful costumes and sets.