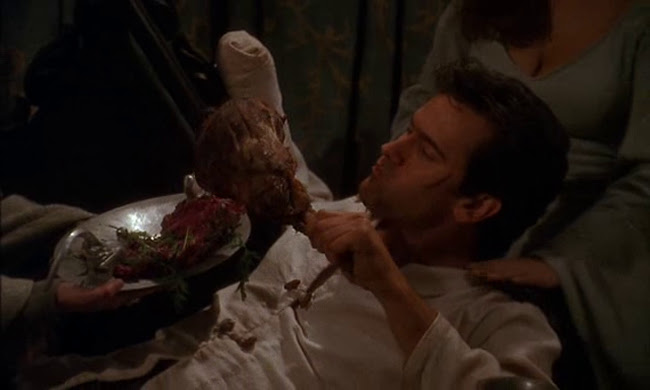 Are the dead evil? Ash Williams might say so though the larger ramifications are never explored in the Evil Dead trilogy--Evil Dead, Evil Dead 2, and Army of Darkness, all of which I watched last week for the first time since high school (the 90s). There were many things I'd forgotten or probably didn't notice the first time, most notably that the whole thing seems to be about puberty. Or male adolescent anxiety about sex. By the third film it blessedly starts to get away from this and the television series, Ash vs. Evil Dead, seems to've junked this entirely which is good because the movies succeed rather in spite of this allegory than because of it. 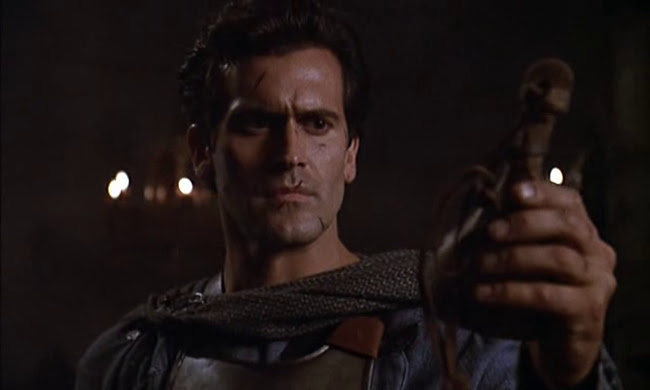 It's the third film, Army of Darkness, that really solidifies the Ash persona that's so popular now and has had such a big influence on other stories. I noticed half of the things Ash says in Army of Darkness became catch phrases for Duke Nukem 3D, a game I think I would have enjoyed a lot less had I known it at the time. But in a way, Ash in Army of Darkness becomes the filmmakers of the first two films. It's as though director Sam Raimi looked back at these young men crafting stories about how frightening women are and felt simultaneous embarrassment and affection, giving rise to an Ash who is both embarrassing and loveable. Maybe that's why he's been trying so hard to pass the torch on this franchise rather than keep directing them himself. 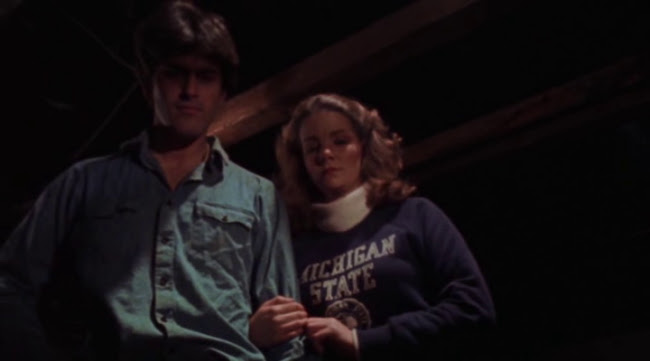 The first film may be the least self-conscious and has some charm for that. Ash barely has any personality, just one of a group of standard horror movie teens spending a night in a cabin. The film distinguishes itself with its unrelenting pace and a menace that doesn't seem to play by any particular rules. The camera races through the woods in those trademark shots, indicating a searching and powerful presence. Despite the title, there's no direct indication that this is the spirit of someone dead. People are possessed regardless of whether or not they're dead, the only consistent factor is that women seem to get possessed first. Crucially, Ash's sister, Cheryl (Ellen Sandweiss), is the first to be possessed--after she's raped by the forest, the scene featuring the only nudity in the entire Raimi directed franchise. 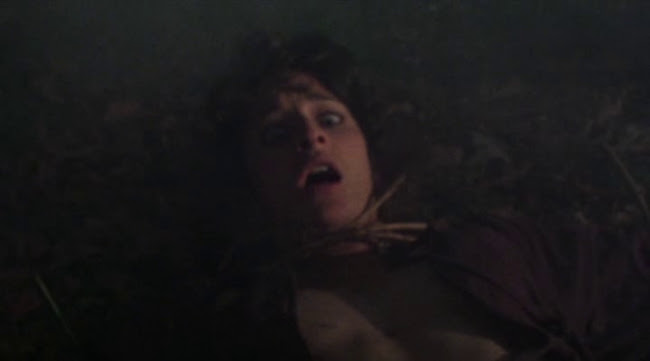 What could be more threatening and confusing for a teenage boy than his hot sister? So his lust is both realised by the evil spirits and his hatred for her is justified when she's possessed by the spirits--she's possessed before she's dead, an interesting ground rule that seems to be a little different on the television series. Kelly is possessed once on the show under very specific circumstances but in the first two movies the spirits seem able to take possession at any time. It seems like it might be connected to sex and injury but it's never really clear. Even Ash is possessed more than once in the second film. 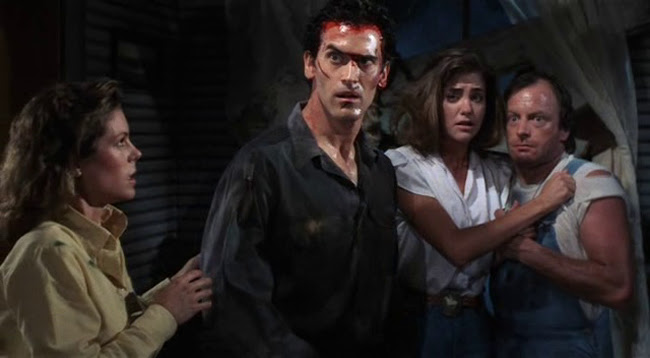 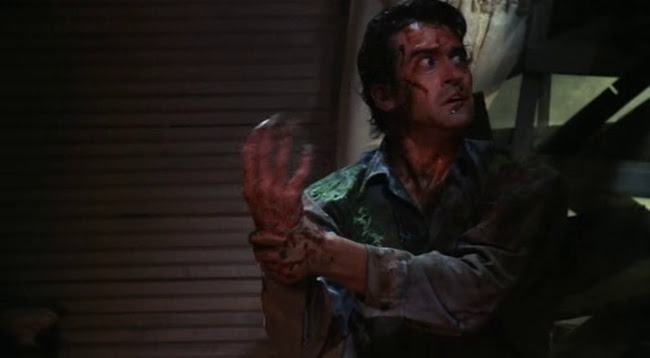 The best moment in the movie for me now is when the battle with the hand concludes but the spirits take possession of the whole house and Ash really starts to go out of his gourd, doing a funny little dance with the lamp. 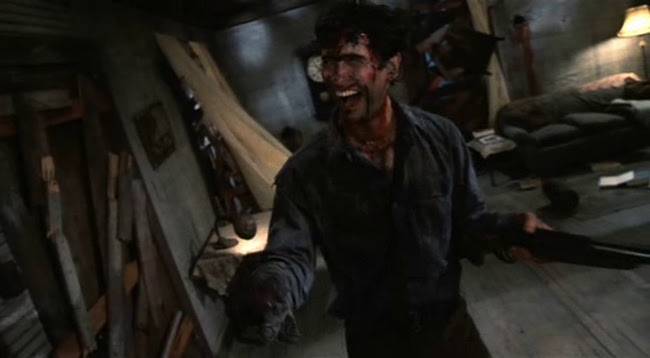 Now the third movie is my favourite, embracing straight fantasy with an Ash that becomes almost a parody of the first two films. He's also just a regular guy dealing with some really fucked up shit, a wonderfully flawed guy. Also I love the skeleton warriors. Though from the first two films I miss the Lovecraft influence, the madness, and the feeling of a threat that manifests with no consistency and no sure way of being contained.