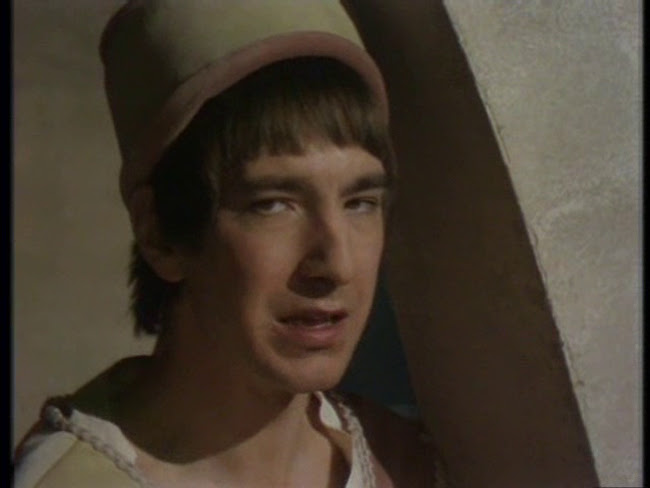 Now here's a baby faced Alan Rickman in his first credited screen role as Tybalt in a 1978 production of Romeo and Juliet for the BBC. This was actually the first episode of the celebrated series of Shakespeare plays produced for the BBC in the 70s and 80s--part of the same series which includes the Richard II I talked about a few days ago. Rickman's is one of several supporting performances that greatly outshine the leads in this version which features great costumes and sets and some surprisingly well coordinated action sequences but some rather disappointing interpretations of the text. 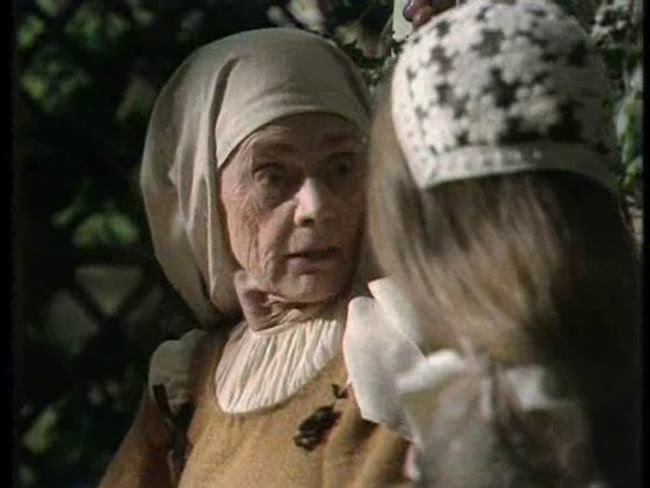 Of all the stand out supporting performances here the best is probably Celia Johnson as Juliet's nurse. She warmly takes to motherly mannerisms and conveys a truly touching affection for the girl and yet it's the interpretation of this character that's one of the chief problems of the production. All of the nurse's lines reflecting reluctance to pass information between the two young lovers is portrayed as coy teasing rather than reflecting the truly troubled misgivings that seem more rational for a woman aiding a budding romance between the young girl she's cared for all these years and a rash young man belonging to her master's rival family. 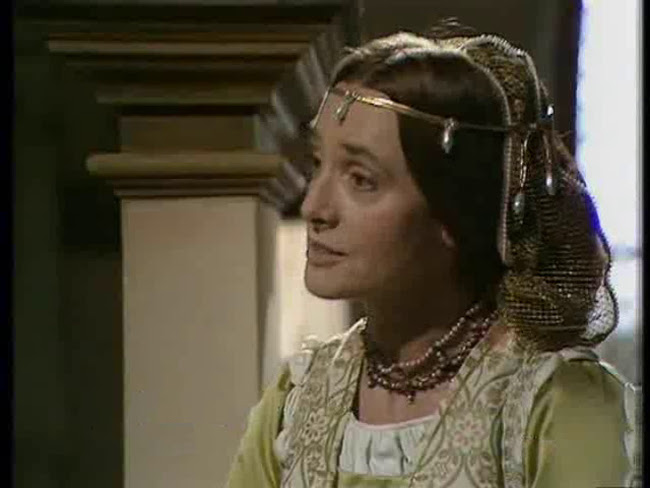 As Juliet's mother is Jacqueline Hill, that's Barbara, one of the first companions on Doctor Who. She does a decent job here though Michael Horden as her husband is a little more interesting, infusing the Capulet patriarch with a charmingly befuddled quality, fitting for how easy going he is about hearing Romeo has turned up at his party. Rickman ably makes Tybalt burn with youthful enmity, viewing the cocky Romeo. I'd certainly rather have seen him playing Romeo than Patrick Ryecart. 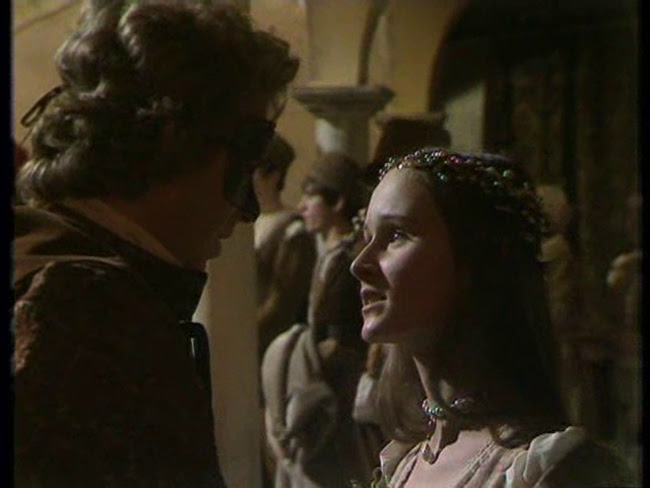 Ryecart has a nice voice, a bit Patrick Stewart-ish, but with none of Stewart's talent. He's a bit over the top and flat at the same time. Rebecca Saire as Juliet isn't bad for a fourteen year old but not especially great. There was apparently some controversy about the actors' ages--Ryecart was in his twenties--though few seem to remember that Juliet is established multiple times in the play as being thirteen years old. 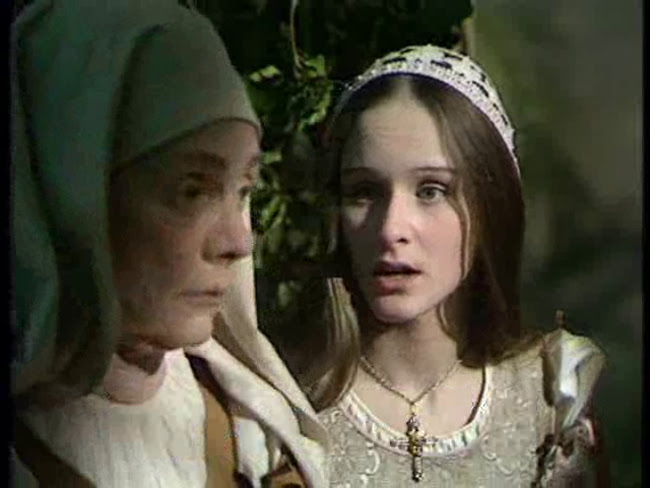 It'd been quite a long time since I'd read or seen a production of Romeo and Juliet. I found myself impressed mainly by the scene where first Mercutio and Tybalt fight and then Romeo and Tybalt fight, though Anthony Andrews is a bit over the top as Mercutio. In itself it's a wonderfully constructed tragedy, Romeo trying his damnedest to keep peace for the sake of his love for Juliet but alas honour pricks everyone on.