Between a Rock and a Stack 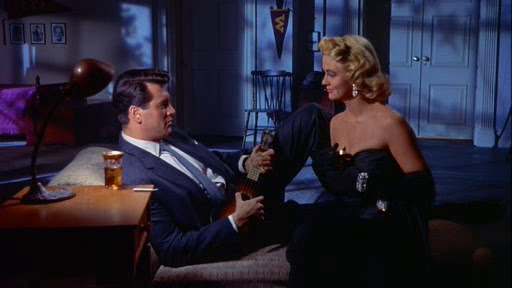 I've never really liked Rock Hudson--he always seemed like the generic brand version of Cary Grant to me. I kind of liked him in Written on the Wind though, which I watched last week. He works decently enough as a plain good guy next to everyone else without being too annoying--he's particularly effective early in the movie to create tension around Lucy's decision to give in to oil baron alcoholic Kyle's flirtations. 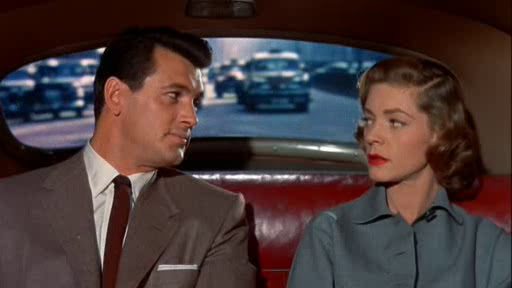 At first, Lauren Bacall seems an odd choice to play Lucy, and yet it's her oddness in the part that makes her so appropriate--she seems strong, very intelligent and independent, so one is forced to read more into her going with Kyle than her being charmed by his money. We believe her when she says she sees something in him.

Robert Stack gives a surprisingly effective performance as Kyle, but next to Bacall my favourite performance in the film is Dorothy Malone as Marylee. The story is built on 1950s sexual hypocrisy but that only makes me more sympathetic to the spurned, nymphomaniac, heavy drinker who's already painted as a tragic figure. By the end of the movie, your heart's with her as Rock and Lauren ride off into blandness. 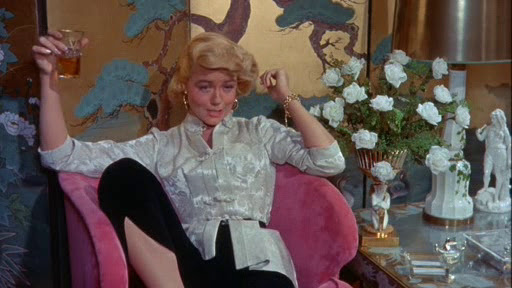 The movie is certainly a melodrama, but there's definitely a canniness to it. Roger Ebert says in his review;

To appreciate a film like ``Written on the Wind'' probably takes more sophistication than to understand one of Ingmar Bergman's masterpieces, because Bergman's themes are visible and underlined, while with Sirk [the director] the style conceals the message. His interiors are wildly over the top, and his exteriors are phony--he wants you to notice the artifice, to see that he's not using realism but an exaggerated Hollywood studio style.

Which may be going a bit far, but this movie certainly doesn't feel as two dimensional as a lot of 50s melodramas. It may be some simplistic pop psychology that says Marylee acts out because she's been denied the one she loves even as he's right in front of her, but that doesn't flatten anyone's character. If anything, the movie seems to point to the dead end of the popular perspective of psychology by showing this character trapped in it like a maze.

The movie also had a surprisingly good fight scene;

Last night I dreamt I lived in a huge house with everyone I've ever known. I was in the kitchen late at night when Sonya showed up, sleep walking. She put some grey socks in the microwave and turned it on. 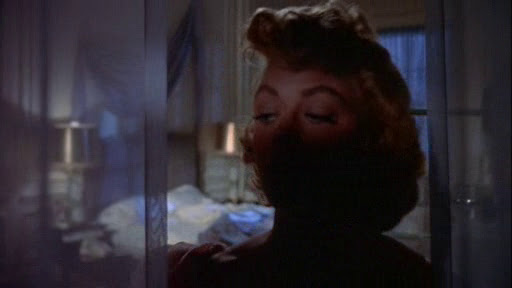