The Return of Gentle Advice to Run 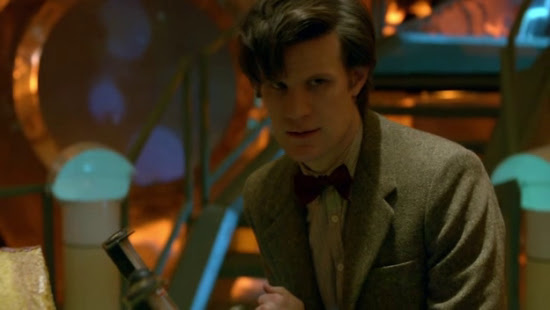 I'm seven episodes into the Matt Smith/Steven Moffat era of Doctor Who and liking it. It's like Thelonious Monk after four seasons of Elton John. Not quite as melodramatic, no big highs or big lows, just consistently good.

There hasn't been anything like the breathtakingly brilliant episodes Moffat wrote during the tenth Doctor era, and I feel like I'm seeing the writer in a different mode, that of the season long arc mode.* I kind of wish modern television wasn't so married to this format, but Moffat does seem to be doing a good job with his ideas spread out like this.

Matt Smith, despite being much younger than David Tennant, comes across as a much older Doctor, and feels quite a bit more like the classic Doctor than Eccleston or Tennant, and I think it's more to do with how he's written than Smith's performance. The Doctor very maturely backing away from Amy's advances feels a lot more like someone over nine hundred years old than the guy falling for Rose.

But Smith's performance is good, too--I read Moffat had him study the second Doctor and it's very apparent. I liked that "Victory of the Daleks" directly referenced the second Doctor era, though I don't really like the new Dalek design. I just don't think enough is gained from it to justify losing the classic shape. 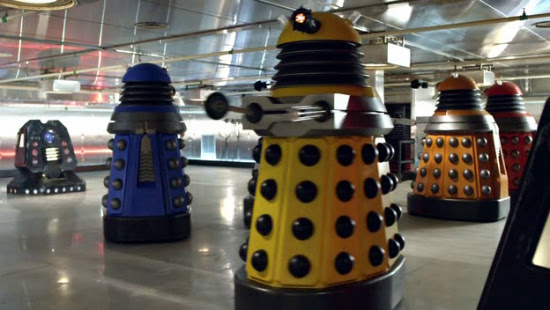 The two parter about the Weeping Angels was very good and it made me curious to see if Moffat can credibly establish the beginning of a relationship between the Doctor and River Song. I think it would be sort of cool if she turned out to be Lady Peinforte from The Silver Nemesis, the only other character established to have known the Doctor's name. I guess that would require a pretty complicated obstacle course of plot, though.

I have yet to see any companion who felt like they could be anything more than a friend with benefits for the Doctor except Romana. She's the only one who's seemed like she could go toe to toe with the wisdom and experience that comprise his personality. River's written as sassy, but she doesn't feel yet like this is borne of a real intimacy with the Doctor. It almost comes off as defensiveness borne of intimidation.


*Incidentally, in case anyone wonders why I persist in using "season" rather than "series", it's a conscious choice on my part. I find the term "series" being applied to groups of twelve episodes awkward when it's also what we call Doctor Who in its entirety and also the show beginning in 2005 to present when comparing it to the 1963 to 1989 run.
Posted by Setsuled at 3:09 PM
Email ThisBlogThis!Share to TwitterShare to FacebookShare to Pinterest