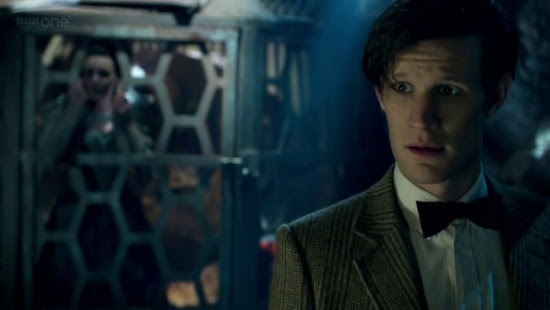 I was finally able to see "The Doctor's Wife" last night, the Doctor Who episode written by Neil Gaiman. It's every bit as good as everyone said it was. It's another instance of a new series episode written by a hardcore Doctor Who fan that's focused on the Doctor and the show mythology and this one works quite wonderfully. It works rather nicely on multiple viewings too, as I found myself getting caught up in bits while I was taking screenshots of early parts of the episode that take on new meaning after you've seen the whole thing. I'm very glad I managed to avoid spoilers.

I wish it was longer--a two or three part episode. It felt like I was just beginning to get a picture of Gaiman's voice and style in the Doctor Who context--I only started watching Doctor Who last year, but I started reading Gaiman more than a decade ago, my favourite of his works being the Sandman comic book series. Sandman was about anthropomorphised aspects of reality as human beings perceive it--Dream, Death, Destiny, Delirium, Desire, Destruction and Despair. And Gaiman's talent was in presenting these characters not simply as people who held mystical offices but as entities whose actions had a fascinating double resonance, both as the actions of individual characters and the state of their respective aspects of reality. That's the sort of writing I suspect can't be taught, but relies on a certain poetic instinct. 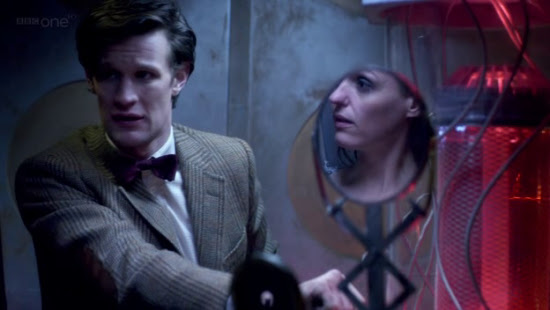 Thinking now about Neil Gaiman the Doctor Who fan, I'm reminded of my impression of Tom Baker's performance as the Doctor, how he seemed to me to be existing both inside and outside of the story at the same time. One can see how this might have been an influence on Gaiman's work, and certainly it functions wonderfully for "The Doctor's Wife".

And I got to find out what the "junk TARDIS" playset was I saw at Comic-Con. I was sort of hoping to see a complete classic era console room in the episode, though. 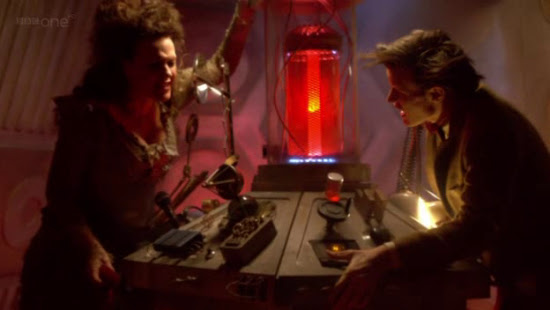