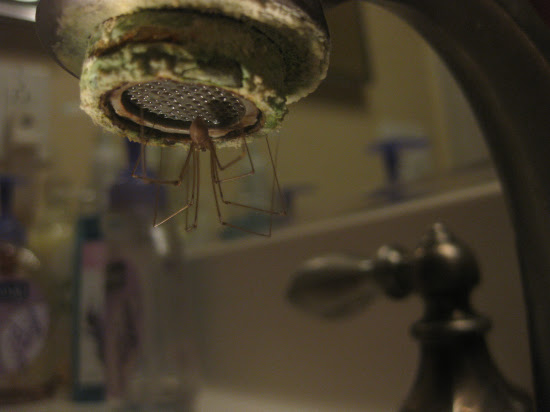 Last night's daddy-long-legs on my apparently very mouldy bathroom sink faucet. Or whatever the green stuff is--it's as hard as stone, I'm not even sure I'm going to be able to scrub it off. I might need a chisel 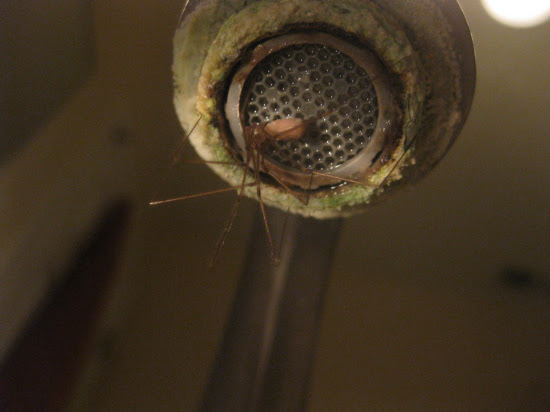 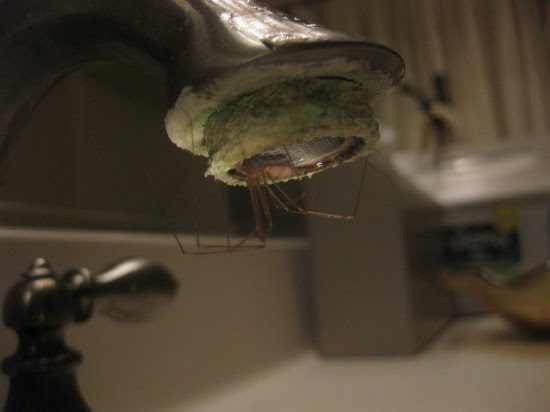 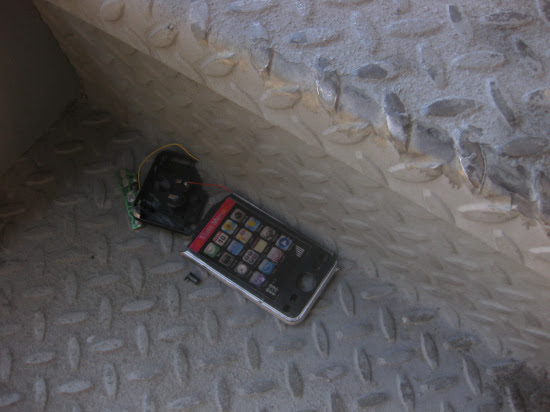 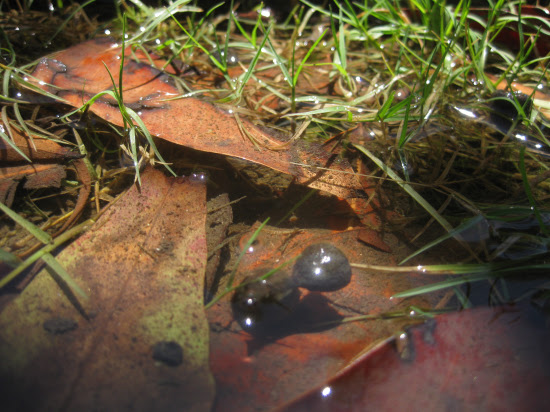 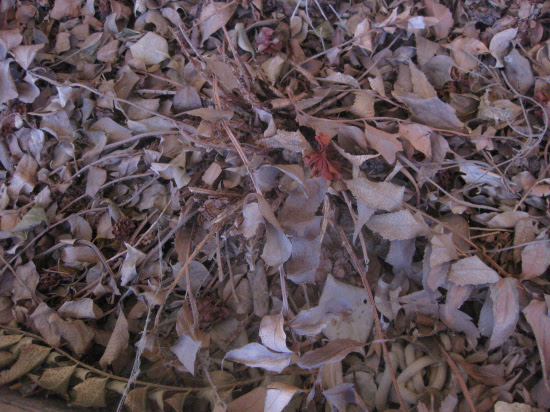 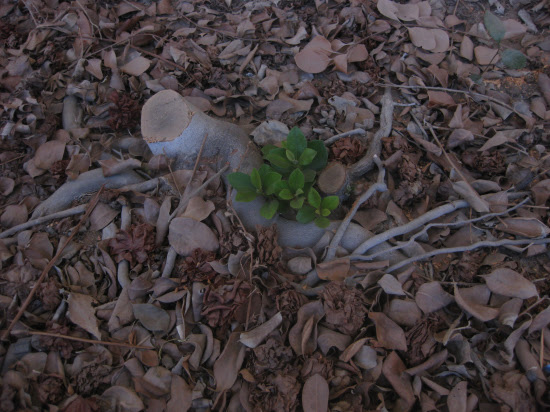 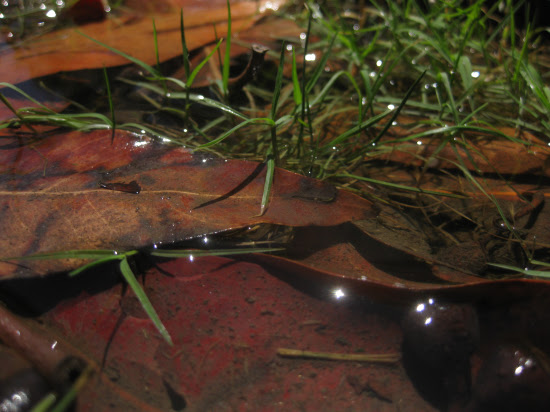 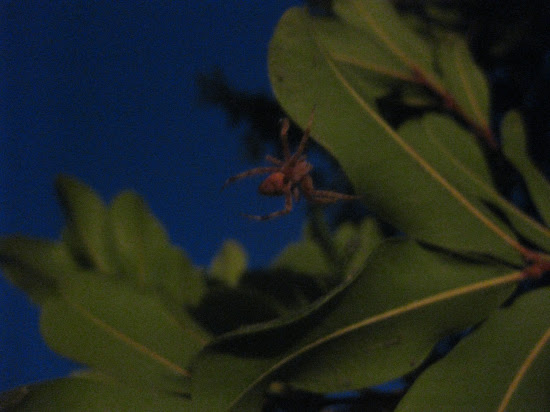 I watched "Cold Blood" last night, finishing off the two part eleventh Doctor Silurians serial. It didn't really introduce much new from the previous Silurian stories--it's not outright stupid like Warriors from the Deep, but I thought the first Silurian serial, the third Doctor's Doctor Who and the Silurians, is still the best in what hasn't been an especially good Doctor Who continuing story. That first one I thought actually better conveyed the story of humans going to their worst natures in the interest of promoting security while the Doctor pleads with everyone to make peace. Jeez, it's weird how that describes both the newest and the oldest story. At least the Doctor's stopped qualifying the name "Silurians" in response to fan letters pointing out that an intelligent race of reptilian bipeds couldn't have existed on Earth at that time. Because I guess it's totally credible otherwise?

I realised if I keep watching one episode a night I'll finish on the twenty seventh of August--the same day the brand new episode airs, the second half of a two parter. I couldn't have planned it better.