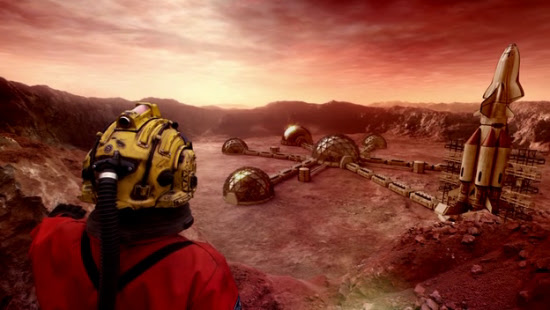 From December 2008 to January 2010, Doctor Who was broadcast in the form of five one hour specials, spaced throughout the year, beginning with "The Next Doctor", a Christmas special, and ending with "The End of Time", the two part conclusion to David Tennant's tenure as the Doctor. Despite the fact that it largely concerned the Master and the Time Lords and that it was one of Russell T. Davies' series-plot stories, all factors that usually bring down quality on Doctor Who, I didn't think "The End of Time" was so bad. I actually thought the Master's plan to turn everyone on Earth into him was both creepy and funny and the appearance of a savage and corrupt council of Time Lords very nicely follows the general arc of the Gallifrey stories going all the way back to "The War Games". The Time Lord stories generally involved political intrigue and almost always seemed to suggest some kind of fundamental rot in Time Lord society, so it's very natural seeing it come to this fruition. I also loved Wilfred Mott as Doctor's companion, though I would've liked more focus on how pleased the old stargazer was at being able to travel in space.

But the best of the specials was "The Waters of Mars". Its story of a good woman having to be sacrificed for the good of the time line was interesting and enhanced a great deal by Lindsay Duncan's performance, but the impetus for the story, the hope of mankind spreading out into the stars, is a sweet anachronism next to the recent abandonment of the space shuttle programme. At my parents' house yesterday, I saw Neil deGrasse Tyson on Real Time with Bill Maher making some good points about how our society has stopped looking to the future, how the goal has shifted from making things better to just looking for profit.

Partly, of course, it's that human greed has made the real future, in terms of the environment, rather grim, which makes it rather hard to tell people they ought to put their energy into it--why expend resources on a such a bad investment like the future? And ironically it's that way of thinking that has brought us to this point.

One can sort of see this reflected on Doctor Who, particularly in Russell T. Davies tendency to focus on more soap opera plots compared to the classic series'--sometimes naive--perpetual focus on making society better. But the Doctor is by no means dead and the new Doctor Who has a lot more optimism and intellectual curiosity than any other decent Science Fiction or Fantasy series of the past fifteen years. It's unfortunate Russell T. Davies decided to so broadly paint the Doctor as a Christ figure precisely because the Doctor functions as a Christ ought to at its best--he's wise, and you want to have faith in him even as he lets you in. The second Doctor could go from comically flustered with Jamie to understanding the bad news before everyone else and show the grave realisation on his face of how it will effect everyone and his unquestioning determination to do everything he can to right things. And, of course, the Doctor's an unrepentant pacifist. What an incredibly unusual thing in modern fiction, and yet not so strange in the fiction of the 60s and 70s. When Davies ties the Doctor to Christianity it sadly narrows the Doctor's scope a great deal.

But the ninth and tenth Doctors had plenty of great moments. Enough to make me rather look forward to the show without Davies.
Posted by Setsuled at 6:03 PM
Email ThisBlogThis!Share to TwitterShare to FacebookShare to Pinterest