I'd been wanting to watch Under Capricorn for some time. Even if I could take the fact that it's not very well known as an indication it's not a very good movie, I still figured an Alfred Hitchcock movie shot by Jack Cardiff and starring Ingrid Bergman would be more than enough to satisfy me. I was right, but I couldn't help dwelling over missed opportunities.

For one thing, I wish it had been directed by Alfred Hitchcock in a different period. Made a year after Rope, his first Technicolor film, Under Capricorn uses a similar technique of long takes--scenes of unbroken shots lasting up to ten minutes as that was the technical limitation at the time. One suspects Hitchcock would have liked to have made a film like Russian Ark consisting of just one, long, feature length shot. This technique certainly emphasises the talents of the actors, as in this eight minute almost monologue performed by Ingrid Bergman;

It also challenges the cinematographer--in scenes like one earlier in the film where we follow Michael Wilding in his approach to the house where Bergman lives with Joseph Cotton we have an in studio night exterior lit with blue and blue green contrasted with rosy orange interiors as we peer into different parts of the house. One imagines a Disneyland ride designed by Cardiff and he carries it off well, maintaining his stylistic lighting without being obtrusive. However, I think a lot of Hitchcock's talent was in how he put his movies together and the long take format kind of loses some of that. 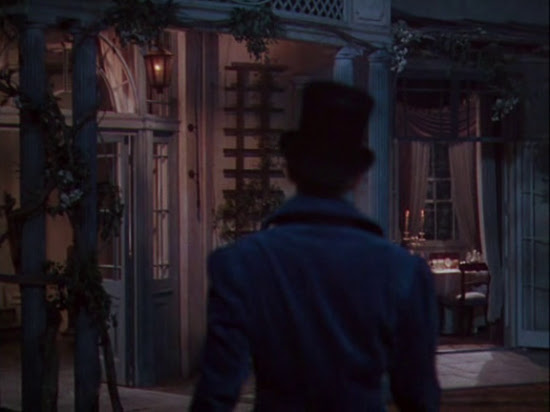 I would have liked a Hitchcock/Cardiff/Bergman Technicolor film to have been told from the POV of the character Bergman was playing, like in Notorious. Under Capricorn is primarily told from Michael Wilding's POV--Bergman doesn't even show up until around half an hour into the film. Hitchcock seems to be having some perverse fun with the aristocratic world Wilding's character, Charles Adare, comes from, as in this casually weird scene where he visits with his Governor cousin. 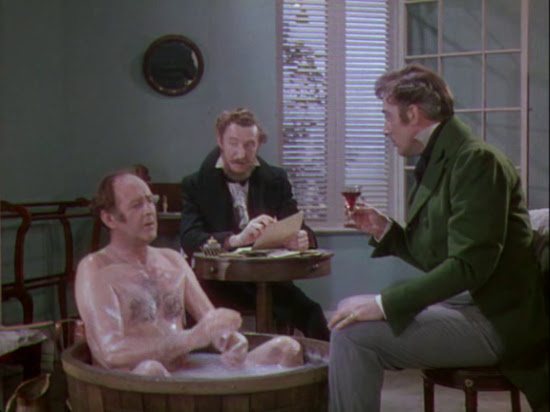 The touch of red provided by the glass of port somehow works as the linchpin of an entirely discomforting scene, made even more so by the fact that the characters aren't having especially dramatic dialogue.

Of the three leads, Michael Wilding is the best cast. This was a problem Rope had, too--it starred Jimmy Stewart in a role clearly written for Cary Grant. Maybe the bad casting isn't as bad in Under Capricorn because it's more superficial--instead of an actor lacking a fundamental sense of class, Ingrid Bergman and Joseph Cotton simply don't seem like they grew up in Ireland. 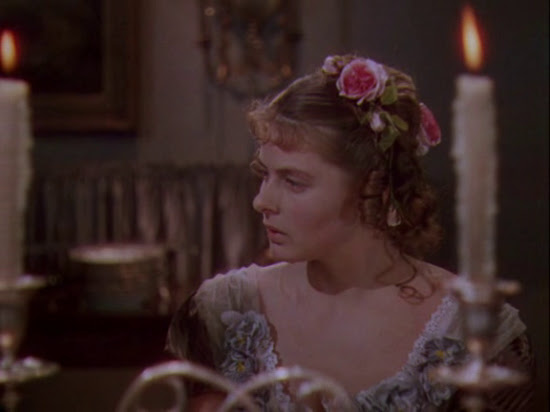 The costumes weren't bad, except Bergman had to wear a couple of hideous bonnets, the worse being this one that looks like a Valentine's Day chocolate box; 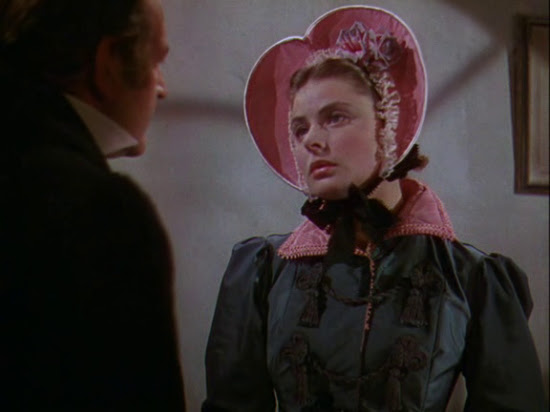 I was bothered more by the makeup that made everyone, women included, look like they had thin green moustaches.

As for the story, it's not an especially great society intrigue melodrama. The movie's effective whenever Bergman's onscreen--she carries off the story of a woman abused by circumstances, other people, and her own mind quite well. 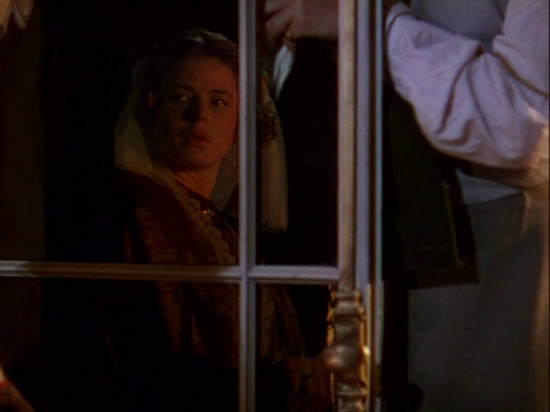 I was a lot more disappointed by "Vincent and the Doctor", the Doctor Who episode I watched last night, my least favourite Matt Smith episode so far. I understand the show's for children, but if you're going to reduce Vincent van Gogh's depression to one instance of him not being able to get out of bed, you're better of not bothering. Just possibly the mind of Vincent van Gogh isn't subject matter Richard Curtis, writer of Notting Hill and Love Actually, is suited to explore. I did dig shots that deliberately imitated Van Gogh paintings. 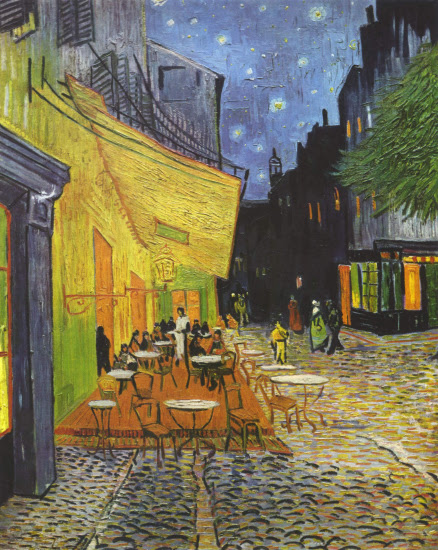 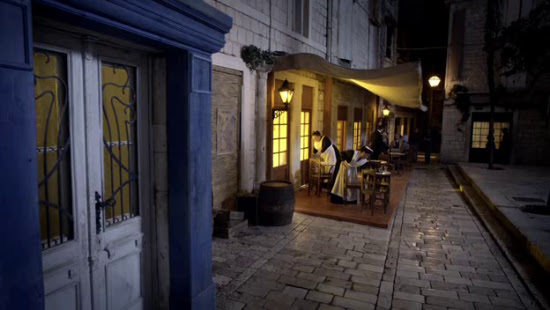 And while I appreciated someone wanting to give some comfort to poor Vincent van Gogh, this episode took new Who's often excruciatingly over the top musical score to a new level of vomit inducing. It led me to contemplate again how much harder it is for audiences to-day to access their emotions. The score for this episode was for me the musical equivalent of a sandpaper condom.
Posted by Setsuled at 4:47 PM
Email ThisBlogThis!Share to TwitterShare to FacebookShare to Pinterest