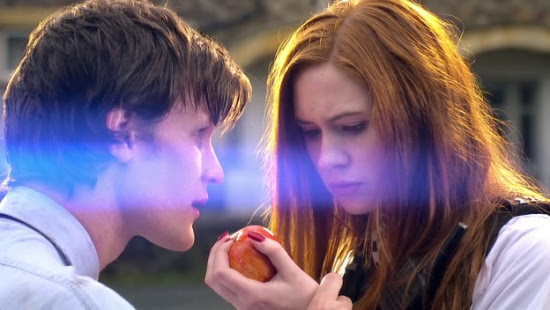 "The Eleventh Hour", Matt Smith's first episode as the Doctor, is good. I liked the story about the crack in the universe, but it wasn't anything as breathtaking as the previous episodes written by Steven Moffat. And I really didn't like the Doctor's chest thumping at the end of the episode--that was something I always blamed Russell T. Davies for. I'm hoping it's gradually phased out all together if this isn't the last gasp of it, for continuity's sake.

One episode isn't really enough to judge from, but so far I like Matt Smith. He has the right look, certainly. But the real pleasure for me is Amy Pond. Holy fuck, she is hot. 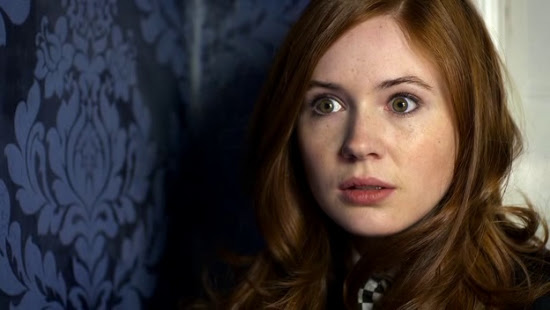 Her hair, her legs, her lips. I'm calling it now--sexiest Doctor Who companion of all time. Oh, those lips! I want to spend a week in bed with her. It's a good thing I didn't try seeing her at Comic-Con as I'd be utterly depressed at having seen her so close and yet so far beyond my grasp.

Oh, and her relationship with the Doctor is pretty sweet. Which I consider almost as important as her colossal sexiness. I only wish some asshole hadn't written a spoiler at the top of Amy Pond's Wikipedia entry that reveals she becomes a mother. WARNING: INCOMING UNABASHED OFFENSIVE STATEMENT That does dampen her sexiness slightly. Oh, well, it's not like Karen Gillan's a mother in real life.

Anyway, to-day, since I've now seen the complete existing stories of every Doctor who's come and gone, I thought I'd rank them. Though only with the proviso that I may change my mind later. 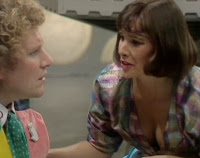 It's easiest to pick the worst, and Colin Baker is hands down that. It's not a good sign when a Doctor is eclipsed by his companion's breasts, and that companion isn't even particularly great.* One could say what all the other Doctors had in common was a something, a uniqueness, somehow, except maybe Paul McGann. Colin Baker lacks star quality and range--he might be passable as a supporting player, but not as even a noticeable one. 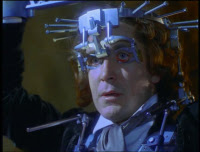 It's a little unfair to judge, since he only had one episode with which to make an impression, but although he gave a better performance than Colin Baker, he was also not particularly distinctive. In fact he was sort of studiously milquetoast, probably reflective of the fact that the show was courting 90s American television audiences. And he had the stupid half-human thing.

Similar to the eighth Doctor in two respects--I don't feel like he was around long enough to develop properly and the show during his time was busy trying to find its footing in modern television. In a way, it's good Eccleston's Doctor got the black leather out of the way so Tennant could wear the more Doctor-ish eccentric suit with tennis shoes. Though the ninth's more subdued look also worked as a reflection of the Doctor's recent traumatic experiences, something which Eccleston's performance incorporated well within the overall arc of the Doctor's story. 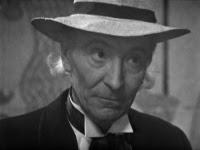 In "Time Crash", the tenth Doctor has an interesting line about how he used to be old and serious, the way one is "when you're young," which made some interesting sense. In fact, the first Doctor does come across as markedly shorter on wisdom than those who followed him. Starting off as someone seemingly interested only in satisfying himself and his own curiosity, his tenure shows him somewhat gradually coming around to a more heroic role as the show's focus shifted the Doctor from reluctant and grouchy enabler of other people's adventures to a more innocent, if still crabby, creature. Hartnell doesn't give a very complex performance, but that leads to another endearing thing about him, that his mannerisms are so of the old school of ordinary British acting. One could easily pop him into a supporting role in The 39 Steps or The Thief of Bagdad. A somewhat more laid back and benevolent Doctor, it was rare to see the third panic the way the second seemed constantly to do. By the end of his tenure, I had grown somewhat tired of Pertwee's all serious, all the time tact, but watching his serials isolated from the rest of his tenure one appreciates the subtle textures he gave to line deliveries. And his face was so wonderfully odd. 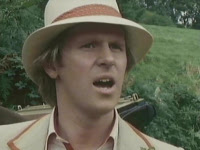 His last serial easily his best serial, it somehow elevates most of his previous episodes. Delivering a less complex and eccentric performance than his predecessor, he was nonetheless convincing as someone possessing centuries of wisdom while more capable of exhibiting fear than Pertwee. Still, his lack of a real sense of vulnerability could run a little dull at times, while at others it recalled Errol Flynn's irrepressible cockiness, an actor the show unabashedly compared him to.

Perhaps the Doctor with the greatest capacity for vulnerability, it's nonetheless a close call for me between him and Davison as by the end of Tennant's run I felt I got a little too used to his regular five emotional notes--idle chatter (often with a Tom Baker-ish low "Well"), screamy boast, salivating angry explanation, lip quivering verge of tears, and emotional shutdown wide-eyed stare. But he played his instrument well for most of his run and conveyed both wisdom and charm. With a good script, he was excellent. 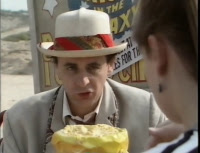 This guy was a wonderful blend of silly and sinister. Those dark sad eyes, his tendency to run words together. He almost seems like the Doctor's soul crafted a cunning parody of the clown-like sixth Doctor. He gave the impression of hidden, strange alien wisdom under a layer of comedy that was both deceptive and sincere. His tenure was much too short--the comparatively bland eighth Doctor is sort of puzzling next to him, which makes you wonder if, with this regeneration, a rare and fascinating worm a got into the Time Lord apple. 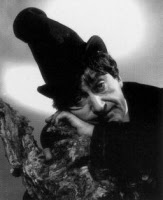 Like the seventh, a masterful capacity to contain both wisdom and silliness. As I sort of said yesterday, the second Doctor is better than Jesus. And he's not even my favourite.

This one epitomises the Doctor in every way for me. No, he doesn't seem especially vulnerable, which is what I think turns off a lot of the modern audience to him. What he has is a remarkable habitation of the character. He never loses his shit, however bad it gets, but you always feel Tom Baker accepts the reality of a scene. I guess there's something method about it. Again, that important melding of wisdom and silliness but he somehow managed to be satisfyingly silly and clearly in on the joke. It's like he's both inside and outside the story at the same time, laughing at the absurdity of what he's having to deal with, or even laughing at himself, right along with us. And at the same time completely respecting that reality. Which is ideal for a being called a "Time Lord", if you think about it.

I won't say the sixth, eighth, and ninth Doctors' ranks had anything to do with the fact that I couldn't find pictures of them wearing hats. But it just might have.

*Peri is not as sexy as Amy Pond.
Posted by Setsuled at 5:39 PM
Email ThisBlogThis!Share to TwitterShare to FacebookShare to Pinterest