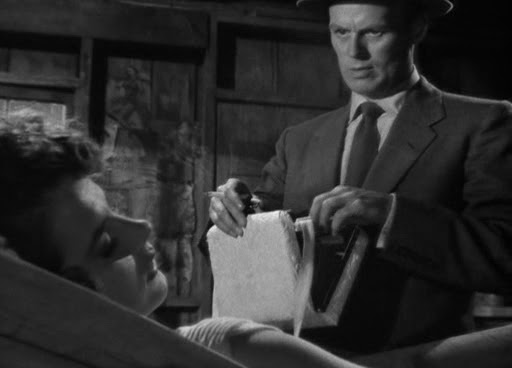 I decided to watch Pickup on South Street last week after reading about it on Jaime Hernandez's list of top 10 Criterion films. Hernandez says, "Jean Peters as Candy is my favorite female character in any movie."

Like the characters in Hernandez's comics, Candy's beautiful, very street, wears dark makeup, and tends to have adventures where she gets beaten up. Pickup on South Street doesn't have the explicit sexuality of Hernandez's comics, but that's probably only because it was made in 1953. There's plenty of implicit sex, though. I thought of Hitchcock's tendency to use handbags to symbolise vaginas when I watched this scene;

I love when she bites her lower lip.

This movie was directed by Samuel Fuller--and one difference between him and Hitchcock is instead of being unjustly accused of a proclivity to humiliate his female characters more than his male characters, Pickup on South Street is a female submissive masochist's wet dream. After she becomes better acquainted with Skip, the pickpocket played by Richard Widmark, she's commanded by her secretly Communist boyfriend to give money to Skip for the microfilm he unwittingly stole from her. She keeps going to his little shack with the intention of giving him money and he always ends up taking more than she intended (from her purse). And she loves it. 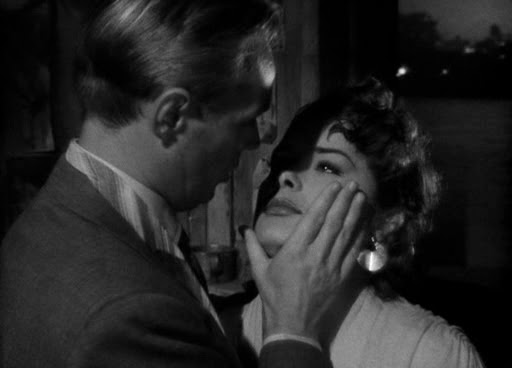 The first time she visits him, he punches her in the face, knocking her out. It's dark, so he doesn't know she's a woman. She lays helpless on his floor before he wakes her up by pouring beer on her face. 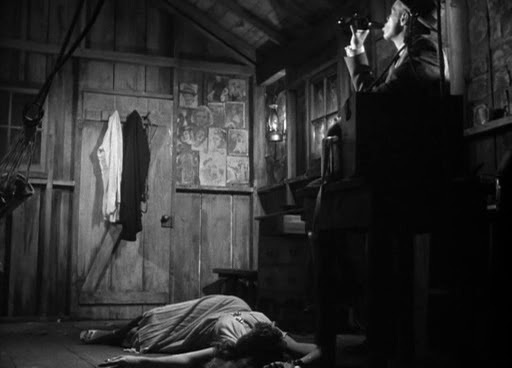 Candy's not written as a sexy body with a mind made only to irritate long suffering men, like the women in Madigan or Clint Eastwood's movies of the 70s. This is what makes it seem more like a benign sexual fantasy than a misogynist one. Candy actually seems like the heart of the movie--its her priorities we consistently agree with while Skip's only looking out for himself, the cops are only interested in putting people in jail, the Feds only want the Communists, and the Communists only want to be evil. 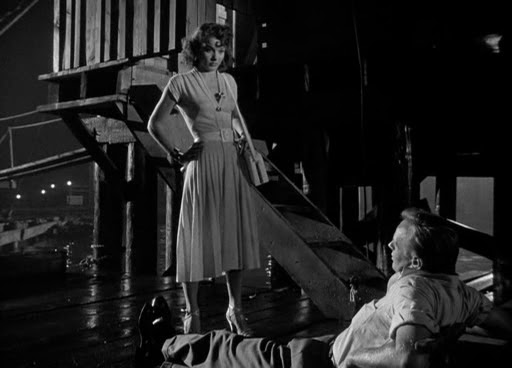 I might be offended by the movie's political ideology if I were sure what that ideology is. There's very broad bits about thugs and the law putting aside their differences to be patriots together in the fight against communism. But then there's the great Thelma Ritter in a supporting role, in the middle of condemning the Communists despite admitting she really doesn't know much about them, mentioning how she spends her life working for a living so she can die. It's the sort of thing one might find in a Communist screed. It almost made me wonder if the movie's meant to be a sneaky parody of 1950s conservative propaganda.
Posted by Setsuled at 6:23 PM
Email ThisBlogThis!Share to TwitterShare to FacebookShare to Pinterest