The Cats that Keep Us 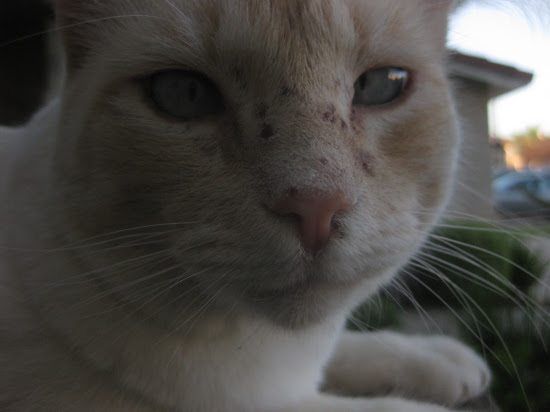 Snow almost always seems to have battle freckles when I see him. I don't know if he's cat constable or kitty crime lord, but I'm pretty sure he's in charge of the street. "Those aren't cross eyes," says Snow. "They're crosshairs." 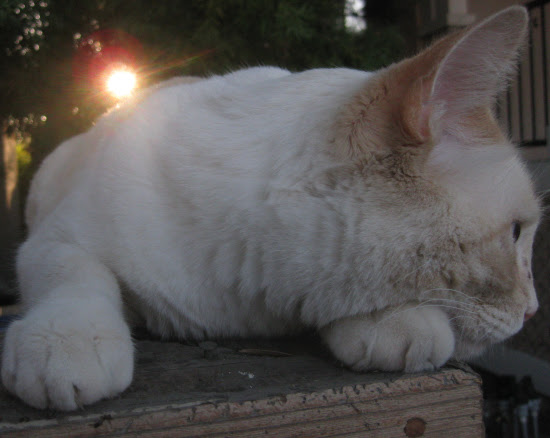 I've been taking lots of pictures since I got my new battery, nearly all bad pictures. I usually do take a lot and then only post the ones I like and there were only a few this time. This one I took on Monday, I wasn't sure if what I was seeing was a spider or a seed pod; 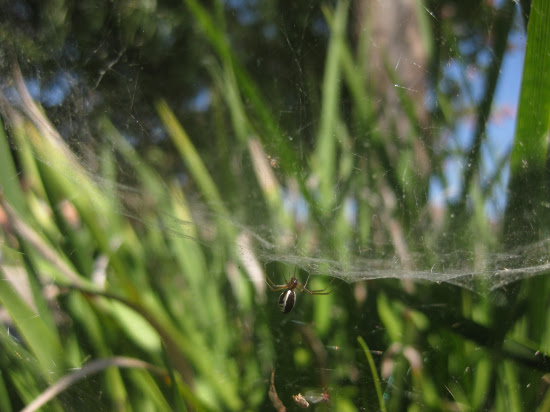 I didn't realise it was a spider until a moment ago. I don't think I've seen this kind around before. 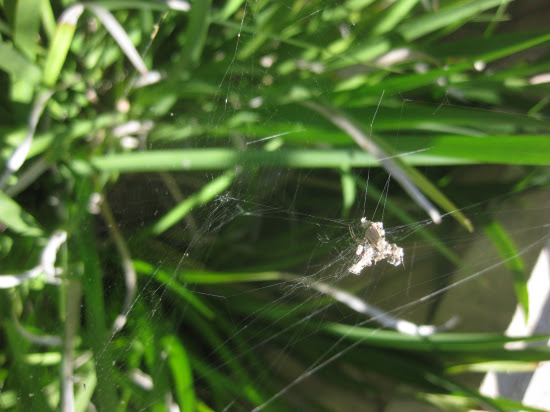 Posted by Setsuled at 1:50 PM
Email ThisBlogThis!Share to TwitterShare to FacebookShare to Pinterest