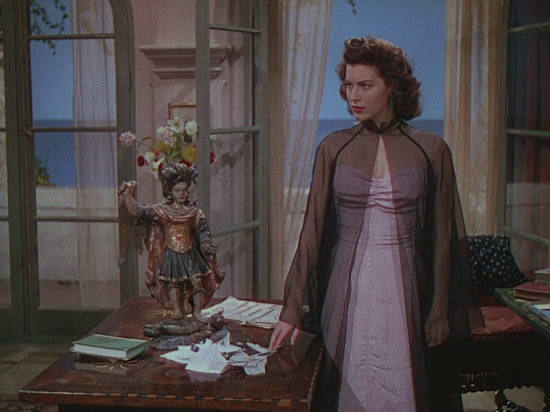 I've noticed the impact Powell and Pressburger's The Red Shoes had on musicals of the 1950s, from Singin' In the Rain to The Story of Three Loves. Last night I watched Albert Lewin's 1951 film Pandora and the Flying Dutchman, which is one of the few non-musicals from the era I've seen that was very obviously influenced by The Red Shoes. 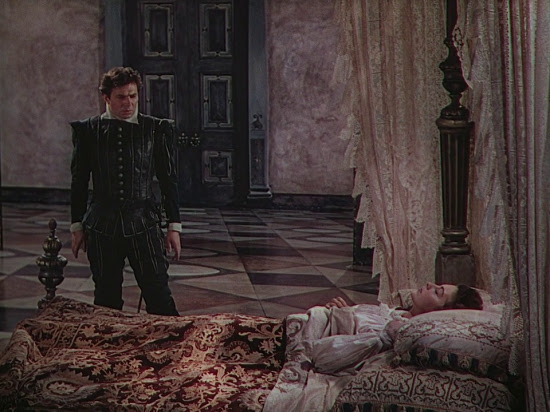 Pandora and the Flying Dutchman is also a tale of tragic passion, though every blow is softened quite a bit, partly by pulled punches in the story, and partly because it's difficult to understand why all the guys in the movie are madly in love with Pandora. Played by Ava Gardner, she's beautiful, but mainly just seems like kind of a jerk. She never substantially redeems herself for laughing off Marius Goring's character committing suicide for her or forcing Nigel Patrick's character to push his beloved car off a cliff to prove his love for her. We start with guys doing this stuff, maybe it would've helped if we'd seen how this all began. 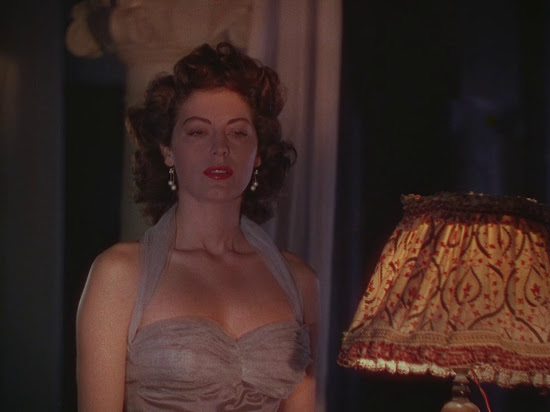 One can sort of see how this makes her Pandora in more than just name, though she's not literally the mythological Pandora. James Mason, on the other hand, plays the actual Flying Dutchman, a man, not a ship, in this version of the story, doomed to an immortal sea voyage until a woman is willing to sacrifice her life for him. 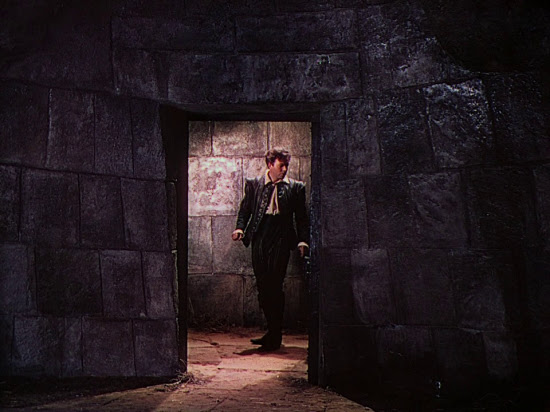 Mason gives a better performance than Gardner, but not a much more interesting one, as they both spend the first half of the film trying to outdo each other in iciness and the latter half of the movie trying to repress an extremely unconvincing passion for each other. The end is sort of impressive in that it is genuinely a story of fatally doomed lovers and it's a huge cop out. 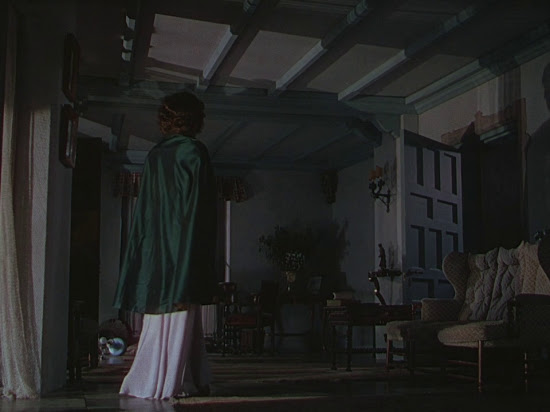 In addition to lifting some actors from Powell and Pressburger films--Sheila Sim, Marius Goring, and John Laurie--Pandora and the Flying Dutchman also lifted a cinematographer, Jack Cardiff, which was the reason I wanted to watch the movie, and probably the main reason, along with my margarita, that I was able to enjoy the movie. Well, Ava Gardner impulsively swimming nude out to James Mason's yacht was also pretty hot, I have to say. 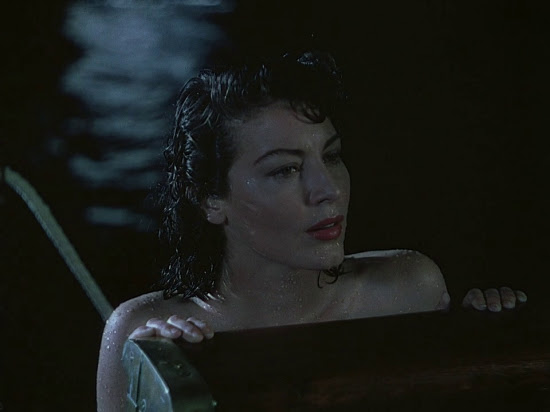