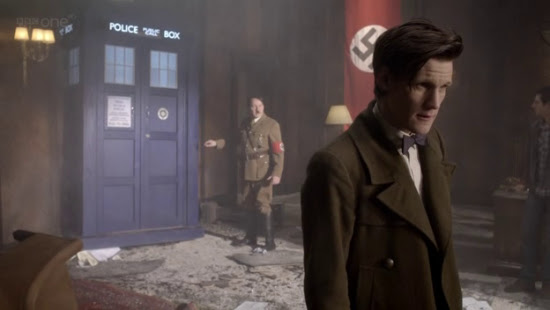 So here's me, actually watching a Doctor Who episode on the day of its premiere. A mixed bag episode for me--I like the flippant use of Adolf Hitler, the tangled character arc of River Song, and the tiny tyrannical corps of time travellers taking it upon themselves to send history's evil doers to Hell. With the business in the previous episode about the Doctor losing himself and being corrupted by his power into a force for evil, it seems the show is heading into exploring ideas of people going into a totalitarian state. Maybe the every-gunfighter-for-themselves character of River is meant to be a counterbalance to the lefty Doctor, perhaps reflecting the idea that we need a government composed of the opposing forces to avoid society going off the rails. One might see this in the use of Richard Nixon in the season premiere, the abuse of sentient beings in "The Rebel Flesh"/"The Almost People" (which, by the way, didn't the Doctor take part in by killing the dummy Amy?), the exploration of power balance in "The Curse of the Black Spot"--though that episode introduced what may be history's blandest pirate captain.

I keep thinking back to the sixth and seventh Doctors dealing with the possibility of a darker Doctor. Of course, that was before the new series decided the Doctor was somehow a badass superhero rather than an eccentric alien genius sorting things out for people. But considering the corrupted Doctor from The Trial of a Time Lord arc, the Valeyard, was supposed to be from the Doctor's twelfth or thirteenth incarnation, it would be kind of interesting if they were actually planning on making good on that. 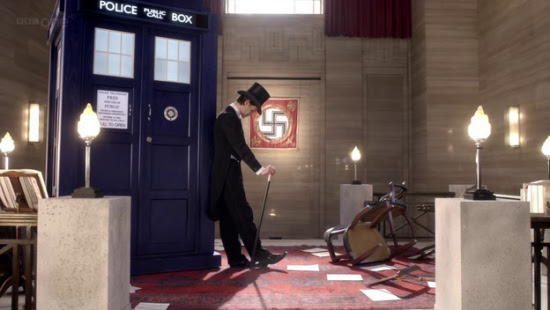 I guess I was right in thinking the astronaut that shoots the Doctor was in fact River, though I was sure the little girl wasn't River. Or rather, I was hoping she was Romana. Oh, well. I miss Romana. For all the kissing, "sweeties", and name telling with River, I still feel like the Doctor had a closer relationship with Romana. The Doctor and River is all big, brief flashes, the Doctor and Romana was a couple who lived together. Which makes it all the more annoying that in "Let's Kill Hitler" the TARDIS only shows recent companions for the voice interface. Though that's on top of the annoyance that we were just told in "The Doctor's Wife" that the Doctor couldn't talk to the TARDIS normally, and that's why it was so sad the anthropomorphised TARDIS character was so short lived. 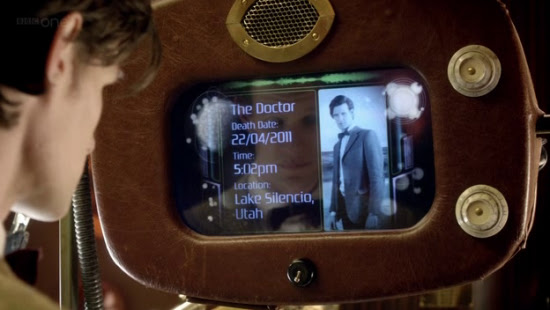 I also don't like the Doctor's new coat and I was glad he switched back at the end.

Oh, going back to "A Good Man Goes to War", I'd like to add my vote for a spin-off series about the Silurian and human lesbian couple of samurai assassins from Victorian London. 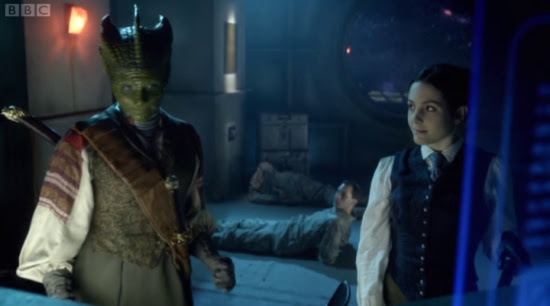