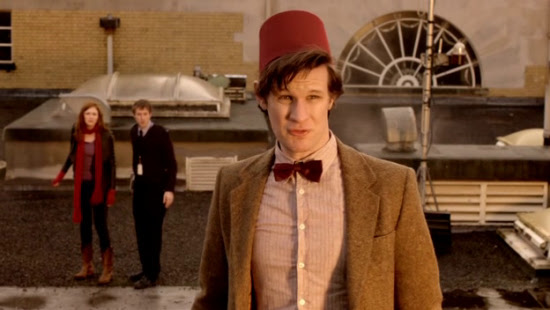 I rather liked "Pandorica Opens"/"The Big Bang", the two part season finale of Doctor Who's 2010 season. Written by Steven Moffat, it's an improvement from Russell T. Davies' finales, though I still can't help feeling like the Doctor's a little too into himself. I suppose this is a reflection of the fact that the show's written by hardcore Doctor Who fans now, rather than people who may have been fans but seemed more interested in using the Doctor as a vehicle to tell stories rather than to make commentaries on the Doctor himself.

Though this last two parter certainly had commentary on the Doctor more interesting than Davies' weepy wank fests. Amy standing up at her wedding and willing the Doctor back into existence was kind of a nice statement on the importance of childhood dreams and the value of sticking up for them in the middle of an adult world.

I also loved the whole time travel complexity fun of the episode. It's not quite The Pirate Planet level of complexity--which, by the way, is a serial that made me realise that Douglas Adams was certifiably a genius--but a great deal of fun all the same. I love the fez.

I was feeling so positive about Doctor Who I decided to check out Doctor Who in Second Life--apparently there's a rather a big fan presence. I visited the second place that came up when I searched for "Doctor Who" which described itself as the oldest Doctor Who fan community in SL. They certainly had some impressive models. 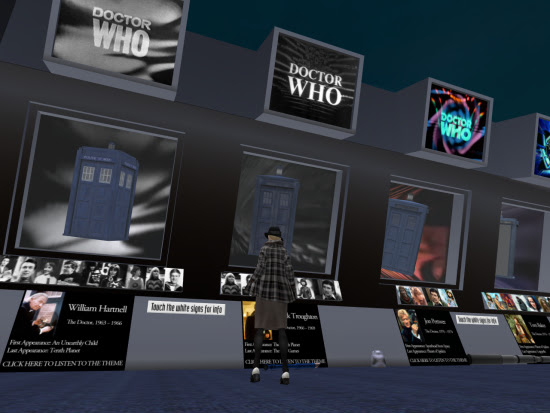 I must say I miss the TARDIS not glowing as much as it does now. Part of the appeal was how understated the police box was. Now one can tell there's something up with it from a mile away. 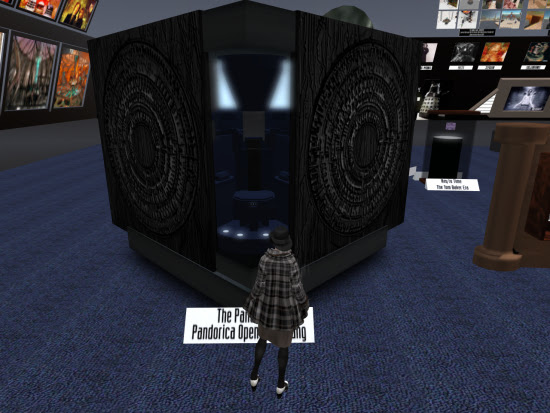 It was funny running into the Pandorica minutes after seeing it on the show. 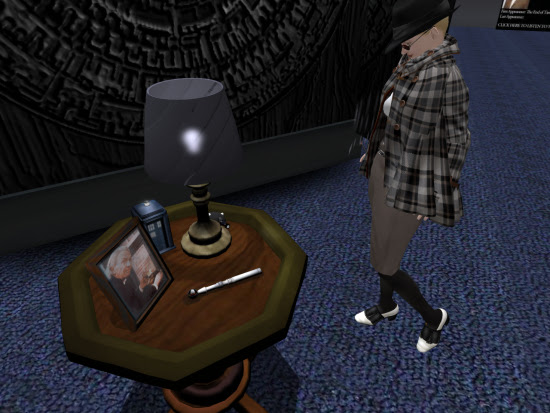 Even though Second Life is an entirely artificial environment, I guess they still can't make a box that's bigger on the inside than it is on the outside. But there was a teleport to a rather impressive TARDIS interior. 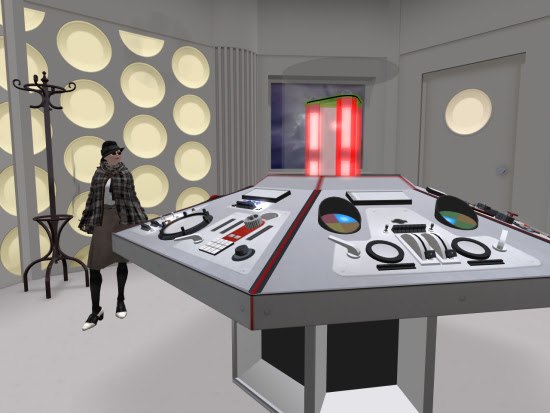 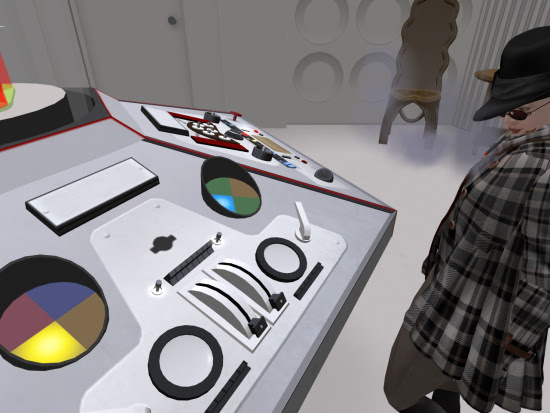 Many of the console buttons make noises when clicked. The same slider opens the TARDIS doors as opens them on the show. Well, back when the interior TARDIS doors didn't match up with the exterior. 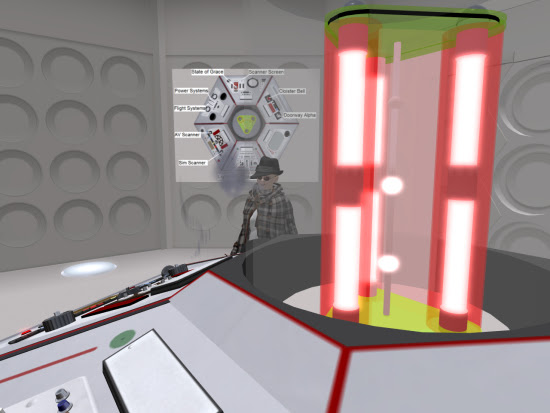 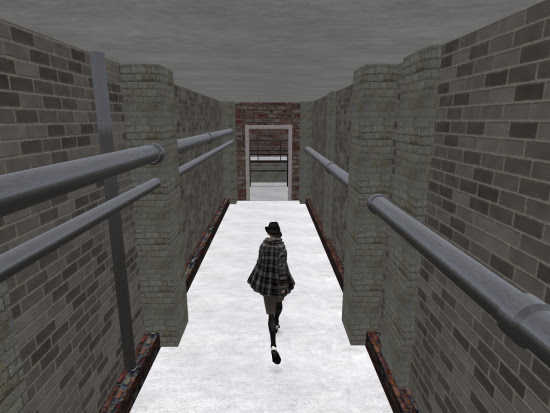 Further in looked like the interior from The Invasion of Time.

Here's something that broke the spell a little; 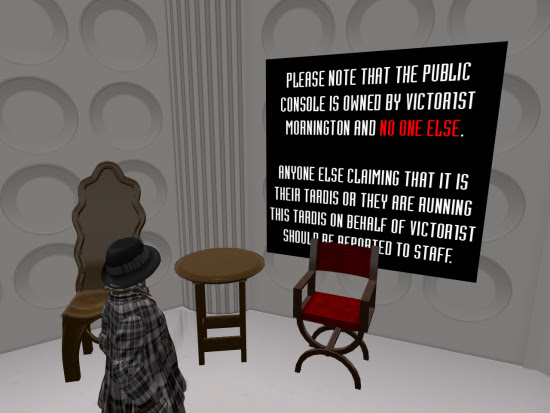 I can only imagine the spazzy dramas that led to someone deciding this sign was necessary. I definitely think I'll be appreciating SL Who fandom from a distance. I'm finding lately my tolerance for drama has sunk below its already wafer thin depth. I keep thinking of the line from Morrissey's "Break Up the Family"; "I'm so glad to grow older."