Having just returned from the school bookstore where I spent over two hundred dollars on books a day after paying thirty dollars for an oil change after sixty dollars for a smog check I would just like to say I'm tired of shit costing too much. The funniest was a bullshit book on Interpersonal Communication for the bullshit Communication class I have to take. A new copy costs 108 dollars, a used copy eighty something, and the copy I got on my Kindle was seventy dollars. Hooray, I saved money, but it's hard to celebrate when it seems like fifteen dollars would be generous for a book like this.

I just walked through the aisles with my Kindle, typing in the titles of each of the books I was expected to dump gratuitous piles of money into. I only found two of the books on my Kindle, I think I saved a total of forty dollars. It's hard to feel too proud about it. I think I'll try not driving my car again until Monday. 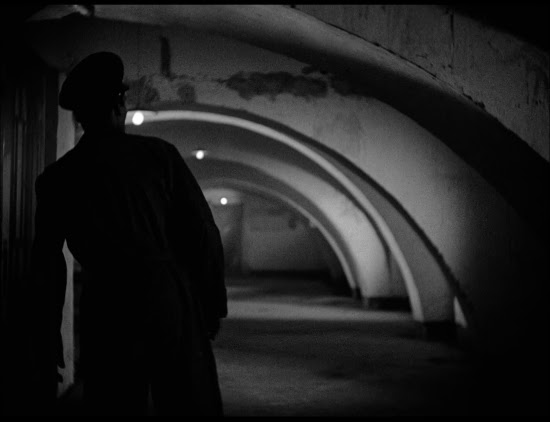 Things could be worse. For instance, I watched Bicycle Thieves last night. So many people would scoff at the premise for a movie--a whole movie about a guy looking for his stolen bicycle because he needs it for his job putting up posters of Rita Hayworth around town. It nicely reflects the heart of neorealism, and ultimately all good art--it comes from observations of people and nature, not from finding the right forms and algorithms.

The tension created in Bicycle Thieves is almost Hitchcockian the way it builds from one small thing on top of another--as Antonio tries one method after another to get his bicycle back, finding each one useless. The thief gets away too fast in a crowd, the police don't have the resources to help with such a petty crime. He and his friends search the markets where parts of bicycles are sold, the sea of anonymous parts conveying the hopelessness of this route. 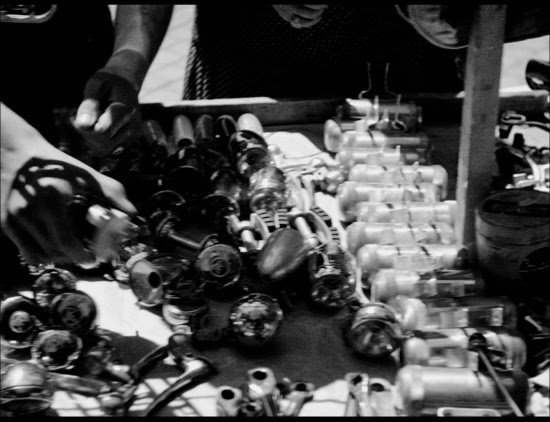 And finally Antonio and his little son Bruno are forced to just wander the streets searching for the bicycle by themselves. I imagine it's almost hard to find bad shots in Rome, but Bicycle Thieves is still an extraordinarily beautiful looking film. The realism of the footage adds to the credibility of the search process and at the centre is Antonio's anxious, cratered face. 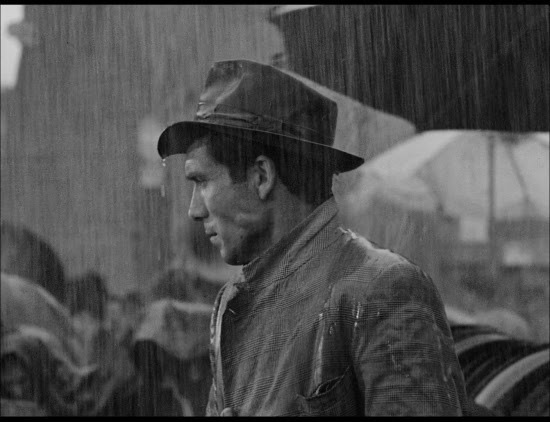 The realism of the world and his fragility created both by Lamberto Maggiorani's performance and the reactions of his kid portray a situation inexorably taking a man apart. 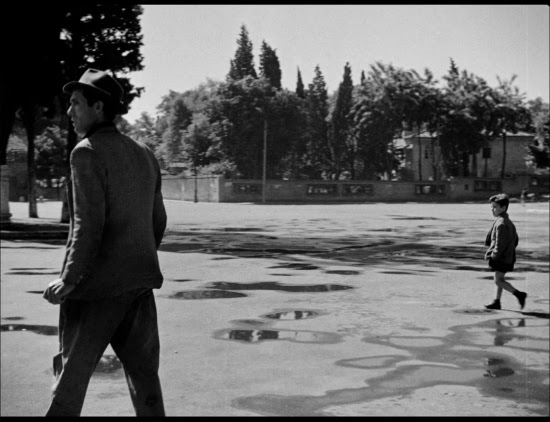