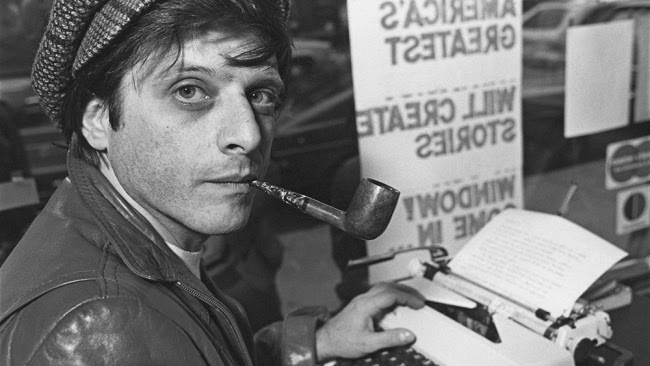 I first started reading Harlan Ellison almost twenty years ago. The great, renowned Science Fiction writer who passed away on Thursday night was for me a gateway between two different kinds of storytelling. I was a Trekkie when I was a kid, I guess I still am, more or less, though I got a C in Star Trek class in college. I know I saw "City on the Edge of Forever" when I was little so that would've been my first exposure to Ellison's work. By my senior year in high school, I was straying from the Apollonian, concept oriented world of Science Fiction like Star Trek with the feeling that there was a bigger world to be found in fiction that focused on emotional experience. I started watching a greater diversity of movies and reading a greater diversity of books. I became obsessed with the Beats who, aside from some of the imagery and ideas of William S. Burroughs, were about as far from the Sci-Fi I read as a kid as you could get. But thankfully I discovered Harlan Ellison and this illusory paradigm was broken down for me.

I have a distinct memory of sitting outside of an astronomy class on a little grassy plot almost twenty years ago and reading "Broken Glass", a story included in Ellison's Angry Candy collection. It was a kind of blend of volatile psychological writing and Sci-Fi concept I hadn't encountered before, the first person experience of a young woman on a bus who discovers someone is invading her daydream. It's not even one of his best or one of his best known stories but his attention to conveying the sense of the experience, something that might've been considered a waste of space by other writers more focused on communicating concept, was the kind of thing I thought I'd have to look outside of Sci-Fi for.

I followed this by exploring his older work and not only did he elevate Sci-Fi for me but he was part of a re-evaluation of many of my old favourites I'd lost interest in, discovering knew ways in which the stories impacted me or realising ways in which they'd impacted me all along but I'd failed to appreciate. 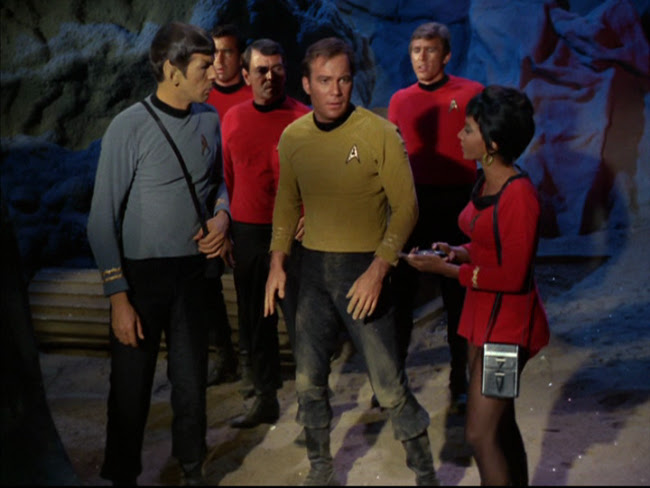 Many of his obituaries are talking about the trouble behind the scenes in "City on the Edge of Forever". I don't blame Ellison for disliking the way it's filmed--it has too many close-ups and too many broad musical stings. But having the episode brought to mind yesterday was strangely appropriate. All day I'd been thinking about the debate about civility in political discourse. Generally I'm a proponent of civility and I've been alarmed by how much hyperbole there has been in writing from all sides of the political spectrum. I see the usual Star Wars memes, people painting their opponents as Jabba the Hutt or Darth Vader. Peter Herman, professor at San Diego State University who I'm friends with on facebook, posted articles from the 30s where columnists urged Jews to be more civil to the Nazis. The similarity to "City on the Edge of Forever" immediately struck me--Edith Keeler, the character played by Joan Collins, whose urging of pacifism results in a victory for the Axis powers in the alternate timeline, almost seems like one of those columnists.

What struck me, though, was the emotional experience of uncertainty, the feeling that drastic action must be taken, without knowledge of which is the proper action, and arguments for both on either side. After all, eschewing civility also led to internment camps for Japanese American citizens during the second World War. There's always another side of the coin. Personally, the civility I'd advocate is not towards Nazis but rather more thought put into deciding who's a Nazi and who isn't. We can laugh at Bradley Whitford saying he voted for Obama in Get Out but should we really think of the people who voted for both Obama and for Trump as murderers because they can't or won't understand the implications of Trump's rhetoric and ideas? Is it better to bully them or to look for a way to enlighten them? Do enough people have the strength Kirk had, knowing the ambiguities--having a strong feeling that what he was doing was wrong but knowing what he was doing was right? In her essay about the MeToo movement, Margaret Atwood suggested maybe this isn't the time for writers like her who focus on the nuances of human nature and psychology. Do we need a propaganda machine dehumanising others so the average, uneducated citizen doesn't have to think about these choices? Do we need a Ticktockman?

At the beginning of "'Repent, Harlequin!' Said the Ticktockman", Ellison quotes from Thoreau:

The mass of men serve the state thus, not as men mainly, but as machines, with their bodies. They are the standing army, and the militia, jailers, constables, posse comitatus, etc. In most cases there is no free exercise whatever of the judgement or of the moral sense; but they put themselves on a level with wood and earth and stones; and wooden men can perhaps be manufactured that will serve the purpose as well. Such command no more respect than men of straw or a lump of dirt. They have the same sort of worth only as horses and dogs. Yet such as these even are commonly esteemed good citizens. Others--as most legislators, politicians, lawyers, ministers, and officeholders--serve the state chiefly with their heads; and, as they rarely make any moral distinctions, they are as likely to serve the Devil, without intending it, as God. A very few, as heroes, patriots, martyrs, reformers in the great sense, and men, serve the state with their consciences also, and so necessarily resist it for the most part; and they are commonly treated as enemies by it.

And this is why one tends to prefer the Harlequin in the story over the Ticktockman. But as Ellison points out in the introduction to the story where it's included in the collection Troublemakers, "The lesson here is one that will get you clobbered if you follow it. Run your life at your own pace, not that of the Man."