Getting a Grip in the Confounding Expanse 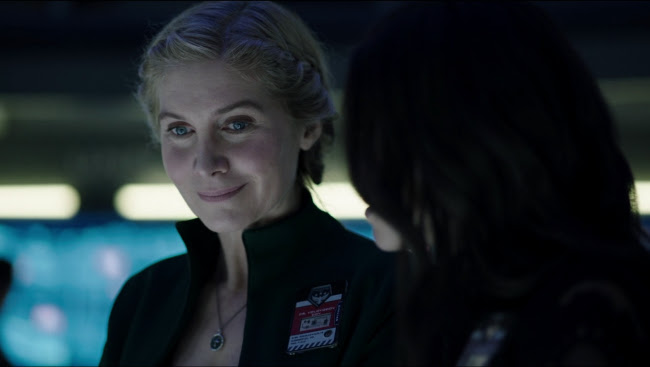 Last night's nice new episode of The Expanse ruminated on the nature of family loyalties. It also advanced its continued discussion on how and why people dedicate themselves to something higher. 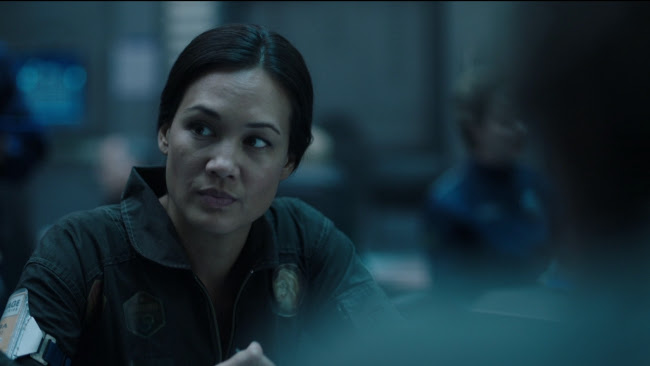 And it turns out that Melba (Nadine Nicole) is another Mao. The episode seems to indicate, somewhat vaguely, that her mission is revenge against Holden. Flashbacks to a posh party allow us a dose of the show's Laura Palmer character, Julie Mao (Florence Faivre), who turns out to be Melba's sister. 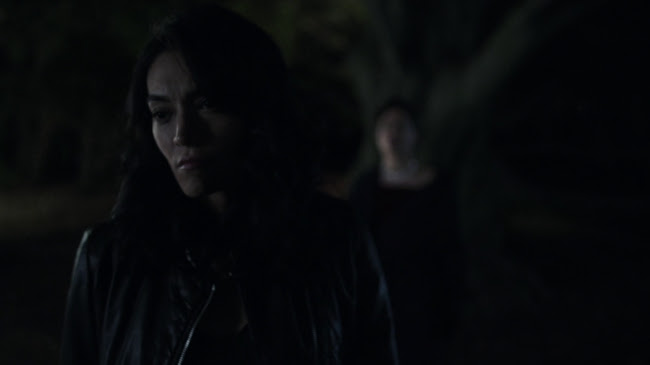 It also gives Jules-Pierre Mao (Francois Chau) a chance to be the archetypal tough patriarch and display insight--his respect for Julie's passion despite her rebelling against him--in the most dickish way possible--dressing down Melba with impunity. So that's the chip on her shoulder. 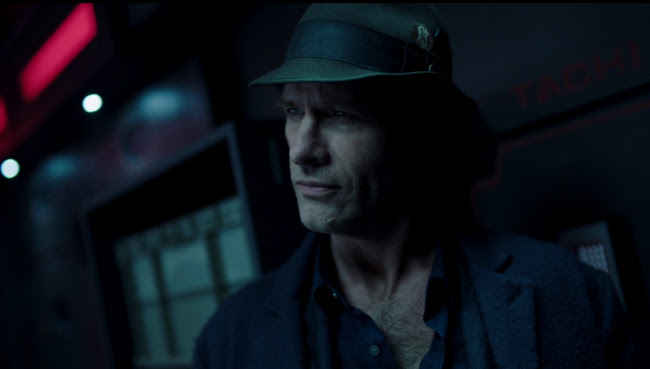 It's not until the end of the episode we get another visit from Miller (Thomas Jane), who demonstrates to Holden (Steven Strait) that he can't give him the information he needs directly. The technical terms are too far over Holden's head so he reluctantly allows Miller to keep delivering it metaphorically, giving him information via stories of his old life as a detective.

Miller and Julie, the detective and the victim, both characters much larger than life. The figures of story and legend now part of some mysterious alien omnipresence. Daniel Abraham and Ty Franck seem to be using an intriguing method of discussing the nature of myth--the protomolecule seems to be an allegory of mythologies. 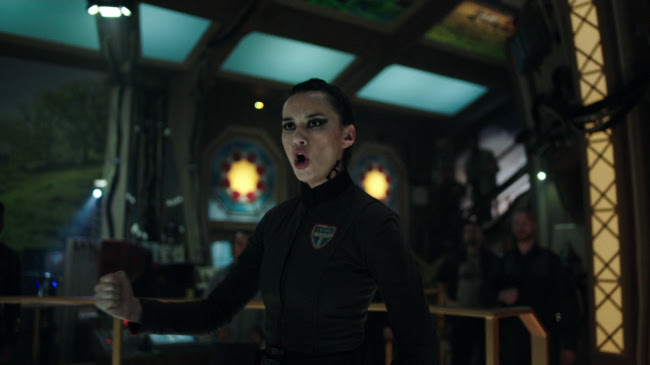 In addition to family and myth, last night's episode provided two more examples of standards people follow--Anna (Elizabeth Mitchell) and her religion and Naomi (Dominique Tipper) and her nation, the Belt. 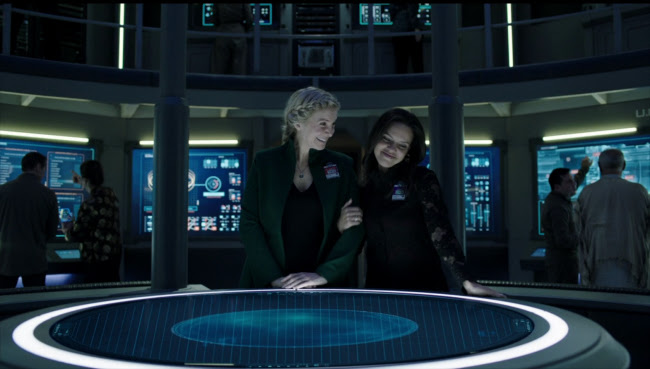 Anna's faith is starting to destabilise, though. She's reminded by one of her colleagues that this "miracle" may turn out to be the devil's work. Anna receives several reminders of how this quest is causing her to neglect her family--her colleague says he can't stay because he has a family to think about, she continues to be tempted by a flirtatious stranger, and she's unable to send a communication to her wife before the UNN ship makes its fateful plunge into the ring. 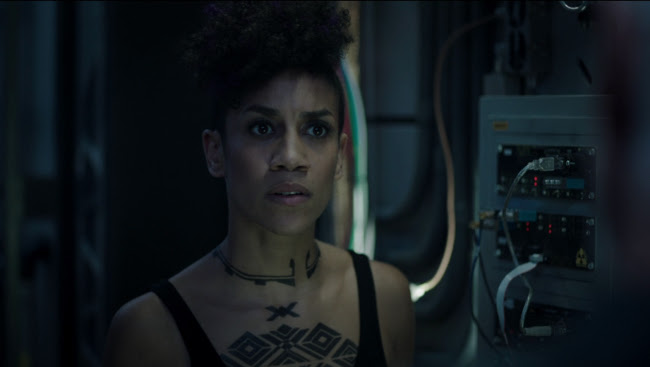 Meanwhile, Naomi is reinterpreting her own motives. Her devotion to the Belt, she decides, was motivated by nostalgia--her true family is on the Rocinante. I guess we'll have to wait until next week to see if this is a family she can go back to.

Posted by Setsuled at 10:48 AM
Email ThisBlogThis!Share to TwitterShare to FacebookShare to Pinterest
Labels: sci fi, science fiction, television, the expanse, tv show