Pictures from the Waning Year 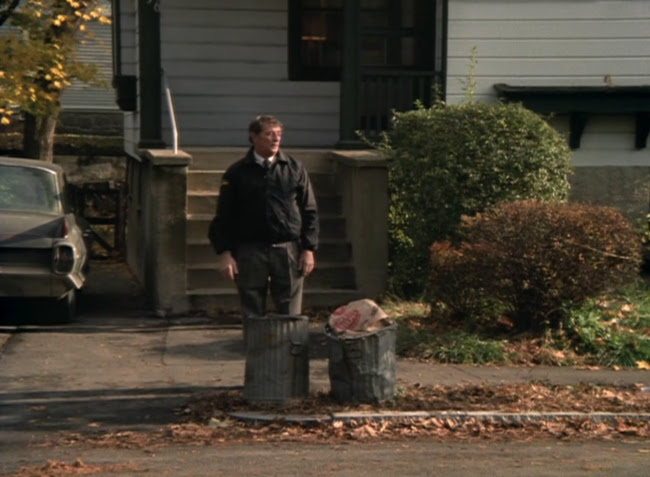 I don't know much about Anthony Bourdain, the widely loved celebrity chef who committed suicide this morning. I have a lot of friends who love his work and I've seen a thing or two from him I liked. His death naturally has provoked a lot of discussion online to-day--I've seen a few comments along the line of depression being a mental illness and that suicide doesn't have any causes external to the person who kills him or herself. I don't think it's that cut and dry, I think there are people more prone to commit suicide because of mental illness, but I don't think it's a coincidence suicide rates increase after terrible events. Under certain conditions, suicide is arguably a very sane choice. It's certainly a brave decision.

One thing of Bourdain's I read that I liked was his top ten list he came up with for Criterion in 2011. I love most of the movies on his list, including his number one pick, the 1973 film noir The Friends of Eddie Coyle, which Bourdain called a "bleak masterpiece of low-level criminality." 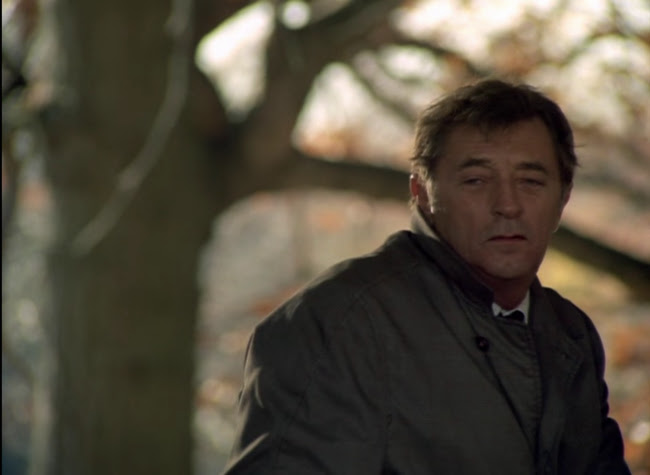 Set in Boston in autumn, the film centres on a gangster played by Robert Mitchum at the end of his career. He has to be in New Hampshire in a few days to face charges and he's looking for a way to cut a deal with the cops so he won't have to do time. But like a lot of movie gangsters, he still has an aversion to being a rat. 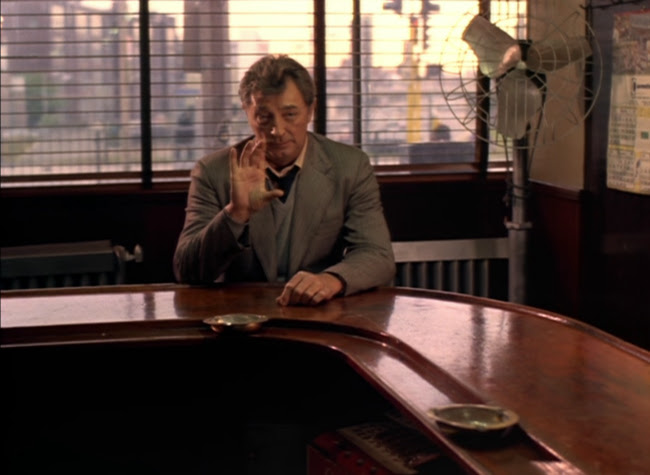 There's a lot of irony in the title. Although Mitchum's character, Eddie Coyle, is at the centre of the story, the film spends a lot of time focusing on weapons dealers, small time robbers, and other gangsters. It creates a very credible network of cops and crooks who speak to each other with well worn patterns of language. A crooked barman played by Peter Boyle only has to say that he's been talking to people on the phone before the cop he's with knows to give him twenty dollars to hear about the people he's been talking to. There are all these people who understand the game and need each other for the roles they play but fundamental to everything is distrust. 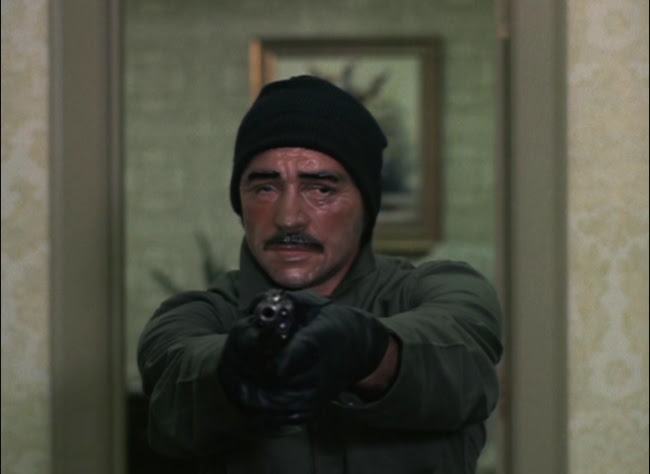 There's a gang of bank robbers--who wear some of the creepiest masks in the history of crime films--who have a very good, sure routine of taking bank managers' families hostage. But at base everything is done without any real plan for what to do when the latest score runs out. Everyone acts like there's some kind of normality to this life but Eddie's anxiety growing too big to be contained by Mitchum's trademark cool reflects how precarious it all is. Yet at the same time there's a feeling of stasis in the film for its minimal soundtrack and its quiet scenes of people just talking. Meanwhile, it's all set in some of the most beautifully autumnal environments committed to film, reflecting death going on all around however stable it might seem. 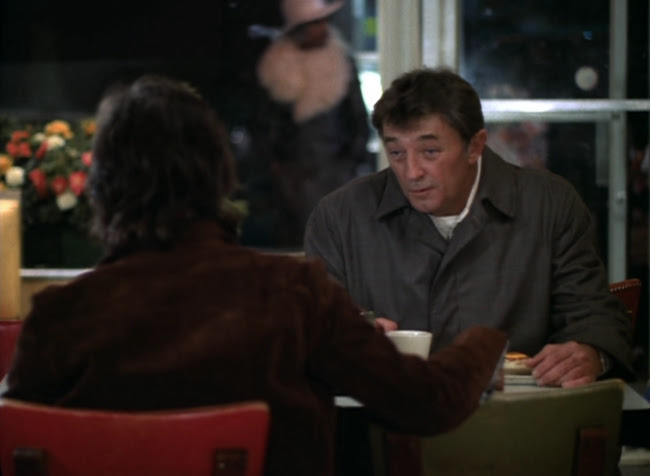 Most of the movie people are wearing shades of rust and grey. Splashes of colour like the bright yellow car of the weapons dealer or the neon cutting through the great black 70s night scenes only serve to emphasise the film's general autumn. It is certainly bleak, more Brian Eno bleak than Slayer bleak. Its an inexorable, steadily worsening reality, a portrait of people who talk themselves into a slow burning hell in the hopes of finding one swiftly delivered salvation.