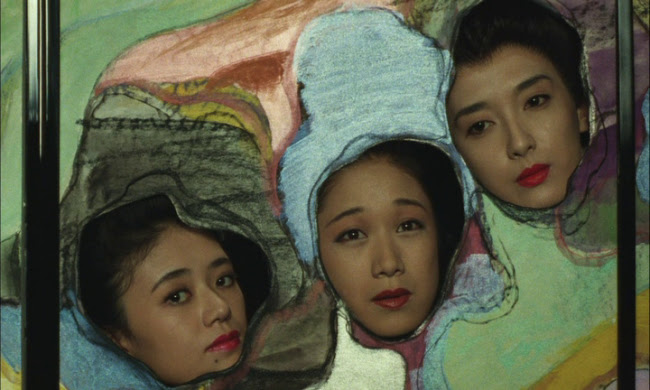 How much volition is involved in the ways people become important to one another? Presumably it varies on a case by case basis, which is one of the things that makes Seijun Seisuki's 1991 film Yumeji a bit dizzying. A post-modernist nightmare version of a biography of painter and poet Yumeji Takehisa, Suzuki portrays the artist lost in a reality where the relationships between people constantly shuffle in significance, at the mercy of his restless and capricious muse. It's an interesting take on the story but nothing about the film is as great as its compositions. 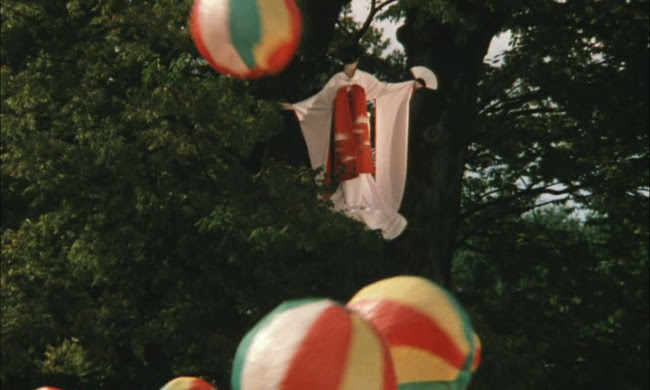 We meet Yumeji (Kenji Sawada) shortly after a sequence where a crowd of women toss balloons up and down in the air below an elegant woman standing up in a tree with her back to the viewer. Then Yumeji shoots a man in a top hat and so we have a nice visual transposition of his quest for inspiration. 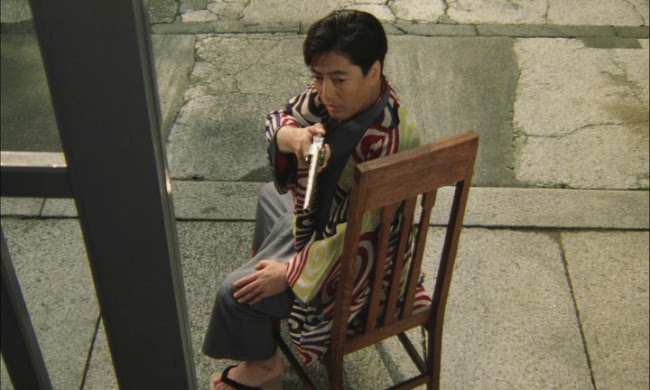 Who is the man in the top hat? Probably Yoshio Harada, who at first claims to be a man named Sokichi Wakiya, but after his wife, Tomoyo (Tomoko Mariya), insists her husband is still dead, he fervently insists he's a nameless person. Has Tomoyo become too used to the idea of his death? She's certainly beautiful standing in the yellow boat on the river where he drowned. 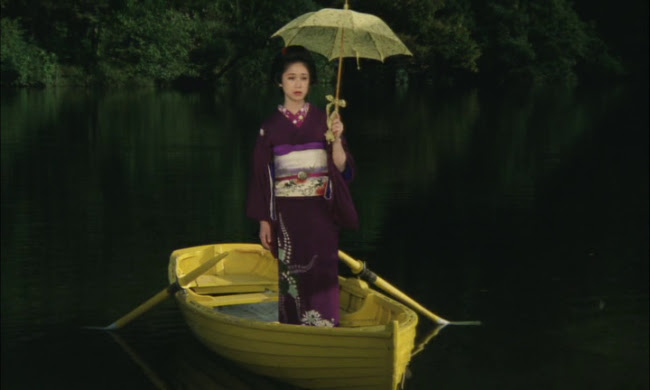 Or maybe she's simply right, maybe he's not really Wakiya. How can a poet or painter even begin when the basic premise won't straighten itself out? Yumeji has his obsession with women's beauty. The argument between objectifying women and celebrating their beauty through art is obsessed over throughout the film. In one scene, a woman's leg is scrubbed with a pile of daikon radishes before she's thrown into a stew. 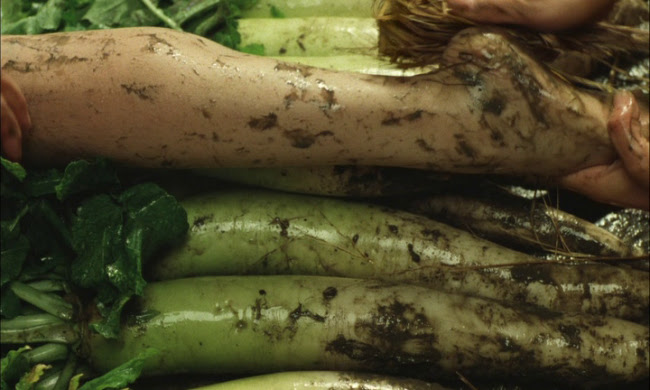 The frustration comes through--how can one do the work of creating beauty when analysis has endeavoured to render the process so banal? Yumeji continues to obsess over it. He asks an older woman to pose for him but when she leaves the room for a moment he encounters two demonic versions of himself and all the film's female characters appear while he recites a litany of contemporary American actresses (Mary Pickford, Lillian Gish, Gloria Swanson) in voice over. When the old woman returns to the room in her best kimono, excited to have her portrait painted, she finds the artist screaming his own name over and over. 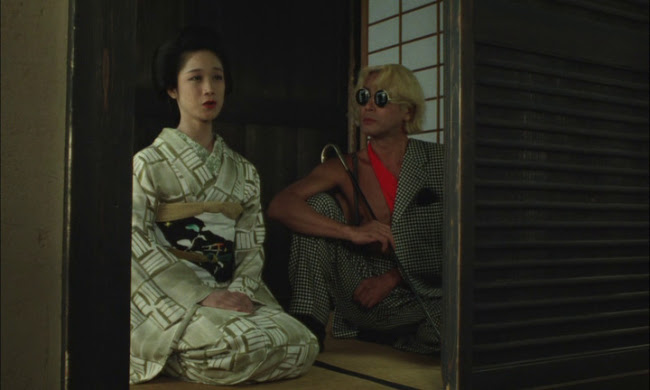 It's an effective portrait of how an artist can hit a stumbling block but the real star of the film is Suzuki's inventiveness for visual arrangements. My favourite is a crane shot behind four characters pissing that rises so the screen is almost filled with a washed out grey building and then the camera swings down to show there'd been a row of raw meat and stuffed crows between the people and the building, hidden by the grass. 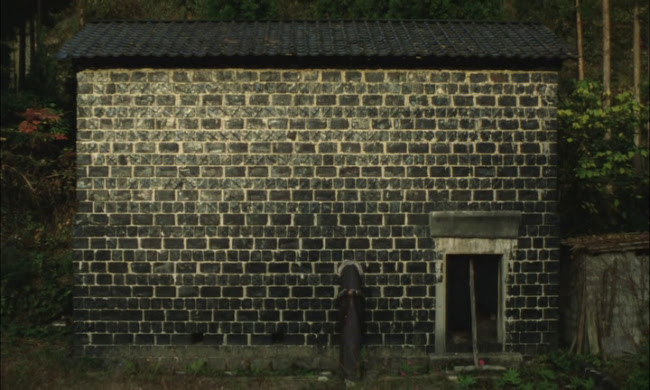