A Vague Sketch of Anti-Semitism 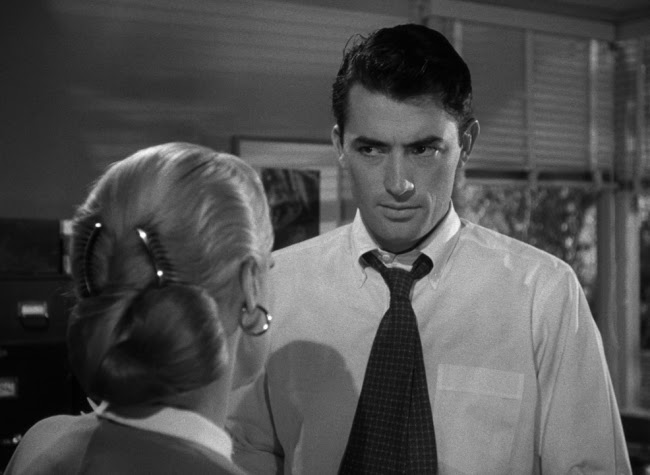 One of the most important steps in combating bigotry is to shine a light on it, and that's just what investigative reporter Phil Green attempts to do in 1947's Gentleman's Agreement. An Elia Kazan film that's not half as good as his great films from the 50s, its portrait of anti-Semitism in the U.S. is lacking in too many specifics and its more generalised take comes off as preachy. The first half has some decent rumination on writing and has some good character building scenes but the second half, despite its laudable intentions, devolves into actors dully enacting exposition. 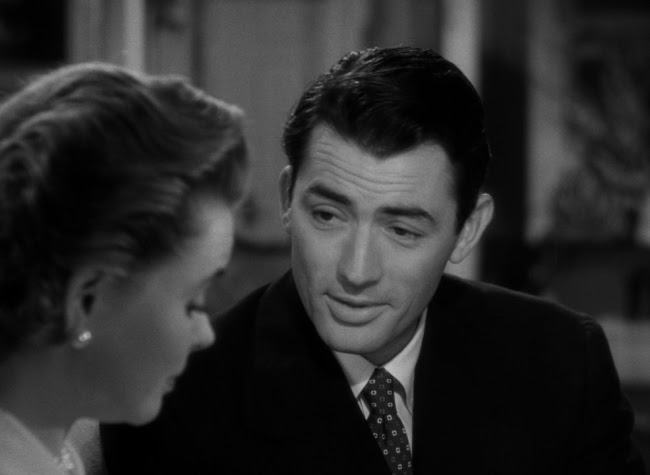 Gregory Peck as Phil is a big part of what's good about the film, his natural warmth and earnestness almost succeeding in grounding some of the later stuff. Also very good is John Garfield as Phil's Jewish friend, Dave. 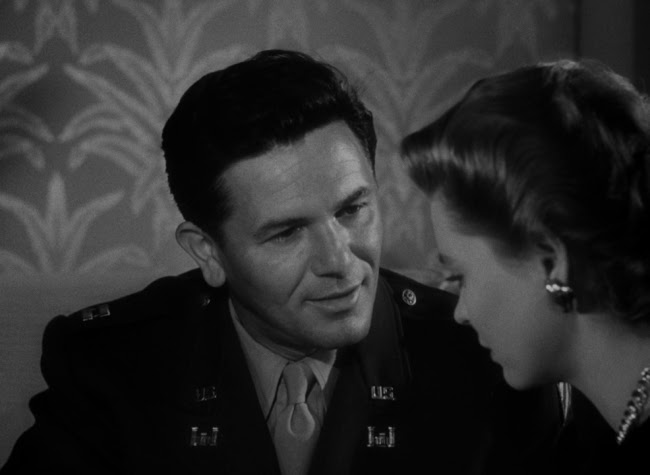 Jewish in real life, Garfield was keen to play a role in this film, though he doesn't show up until about halfway through. The film begins with Phil settling into his new home and job in New York after moving from the west coast. His wife has recently died and he lives with his young son (A very young Dean Stockwell) and his mother (Anne Revere). His mother is a refreshingly crisp and sly lady for the period and from the way she and Phil banter about his work it's easy to imagine her as the journalist. 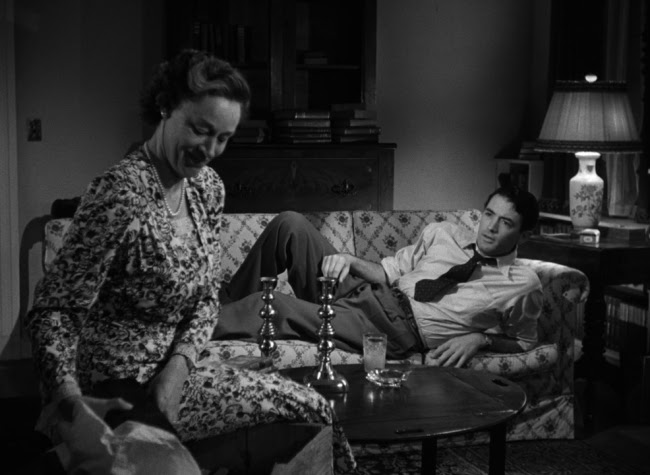 Phil's first assignment is an article on anti-Semitism and, after several scenes where he agonises about finding an angle, he settles on the idea of posing as Jewish himself. He explains in an exuberant rush to his mother how all his other best stories came after trying to go through the same experiences, as much as possible, as his subject. The importance of writing based on the author's own experiences was an idea brought into vogue by the early twentieth century Modernist writers like Joyce and Hemingway. 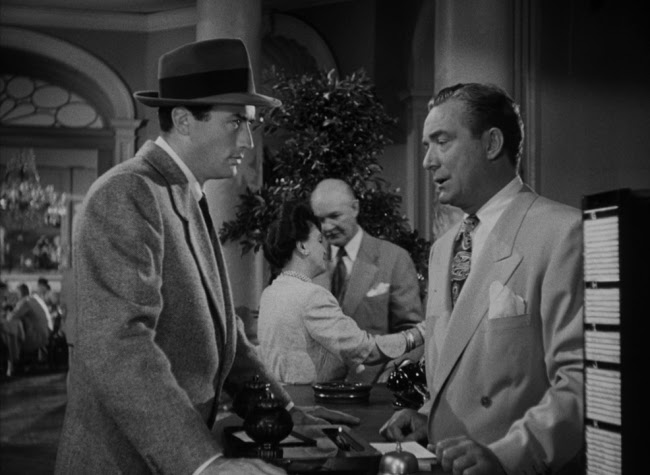 Phil does learn several things that may have been good to illustrate to an audience in 1947. He has the experience of having reservations revoked when a hotel proprietor believes he's Jewish and when the kids at the schoolyard start bullying Phil's son. But when his son ask him what Judaism actually is, the most Phil can tell him is that it's another religion like Catholicism or Protestantism, and this is the most the movie goes into actually exploring specifics. 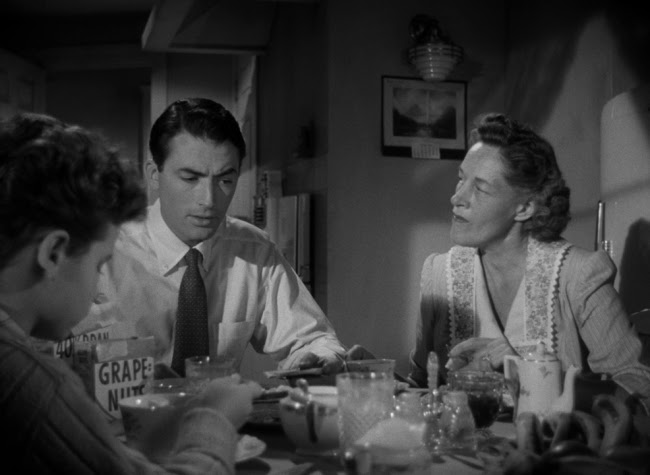 It's ironic for Elia Kazan to have made an anti-bigotry film considering he's infamous for naming names for the House Committee on Un-American Activities. Though maybe it makes sense of the fact that one of the few specific aspects of anti-Semitism alluded to in the film is the stereotype of Jews as greedy. It's this aspect of ant-Semitism that makes it a fit for some extreme Leftists. 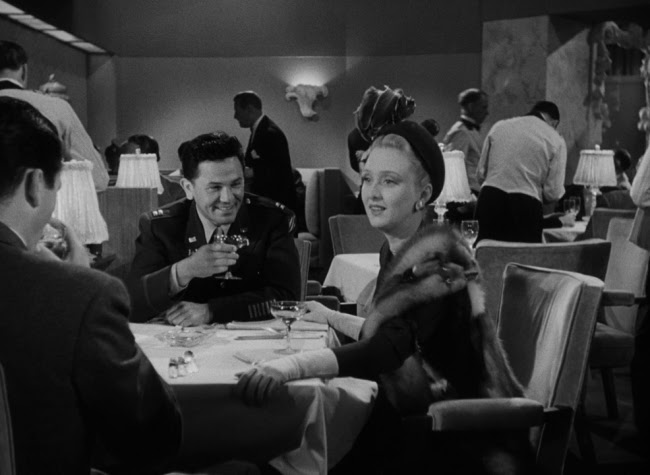 Another strange thing about Gentleman's Agreement, considering when it was made and both Phil and Dave are portrayed as having recently served in the military, there's not one mention of Nazi Germany. You'd think if you're talking about anti-Semitism in the late 40s that's one topic that would come up. It's very indirectly alluded to in a scene where Sam Jaffe plays an obvious Albert Einstein analogue, a famed physicist named Lieberman. He makes an interesting comment about how, despite being an atheist (a surprising thing for a character to acknowledge in a movie from the period), he feels compelled still to call himself a Jew because of the bigotry that continues to exist against Jews. 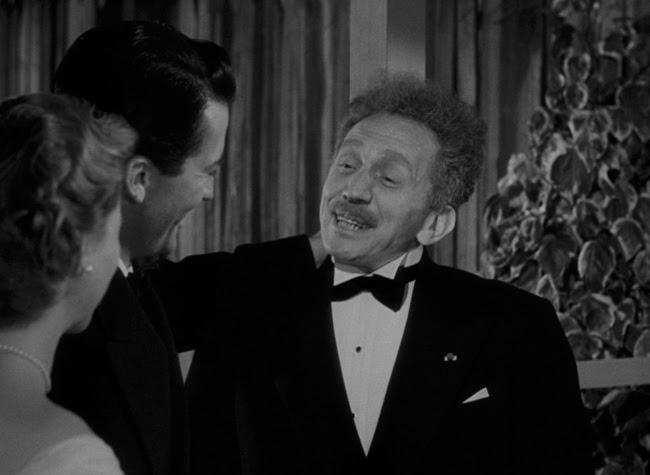 John Garfield gives a passionate performance in the second half of the film but too much time is spent schooling Phil's fiancée, Kathy (Dorothy McGuire), on what would to-day be called "micro-Aggressions", as when she tries to console Phil's son after he's been bullied by reminding him he's not really Jewish or when she refuses to denounce a guy at a party for telling anti-Semitic jokes. It's never very effective, though, for each instance being either over the top or silly. Are we supposed to think she's an anti-Semite because she doesn't start a fight with someone she hears telling bigoted jokes? There could be other reasons a woman might want to avoid trouble.

It's a film with good intentions and good actors but the whole is unfortunately never equal to the parts.