I've always thought Maureen O'Hara could have been a great action heroine. You can see it in 1952's At Sword's Point, a swashbuckler with terrible dialogue and tone deaf direction. But it has some marvellous production design and some really great sword fights. 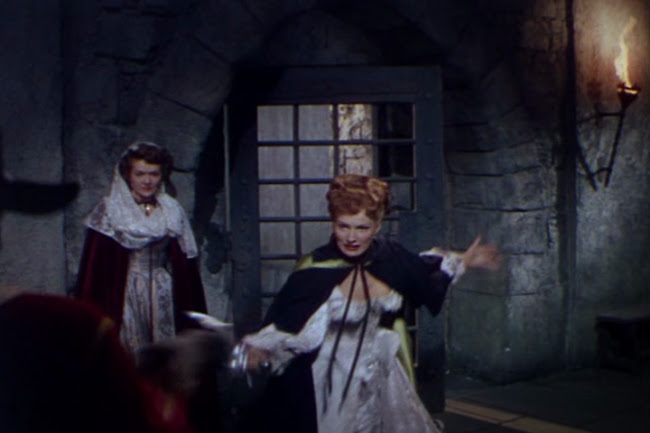 And O'Hara is the best swordfighter in the film. Playing Claire, the daughter of Arthos from The Three Musketeers, she joins with the sons of the other three heroes from Dumas' story in an effort to serve the Queen (Gladys Cooper) who, in the chaotic aftermath of Cardinal Richelieu's death, is struggling to protect the throne from the villainous Duc de Lavalle (Robert Douglas). 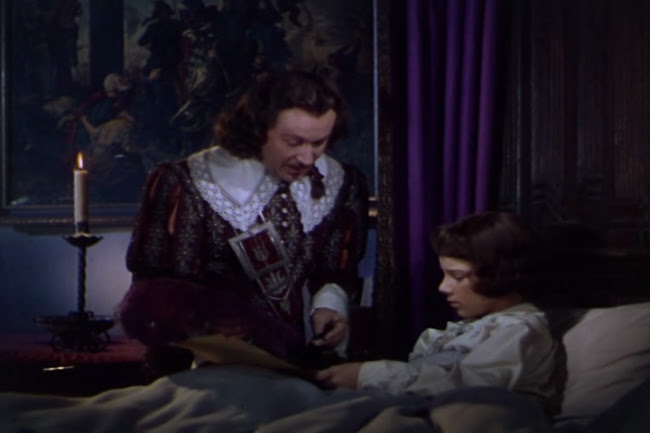 Most of the performers in the film don't distinguish themselves. Robert Douglas as the villain is always a hazy drip, Alan Hale Jr. as Porthos Jr. was at this point unsuccessfully trying to imitate his father's famous natural merriment. Worst of all is Cornel Wilde, positioned as the lead as the son of D'Artagnan. 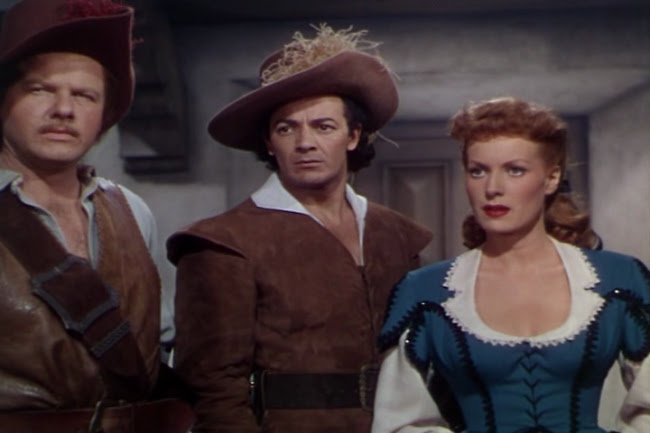 He's a decent enough swordsman in the action scenes but he never seems to deliver a line with any enthusiasm. He's just kind of blandly polite. He always seems like a waiter in an Olive Garden commercial. 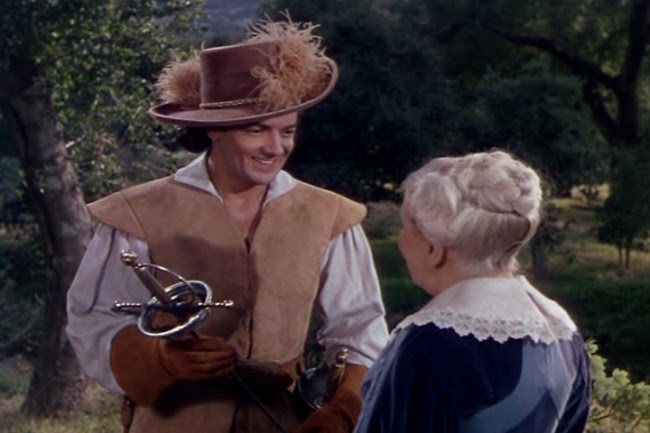 The writing and direction don't help. When at one point the heroes' plans are apparently dashed and the princess (Nancy Gates) looks like she's going to have to marry the Duke, everyone gathers in the queen's chambers just shrugging their shoulders like they lost a baseball game. There's no hint of disappointment or of a hidden plan to reverse the outcome. But the scene transitions to one of the few effectively funny moments in the film--though it's a moment that doesn't make any sense--when the Duke is shocked to discover Claire has been substituted for the princess at the altar. 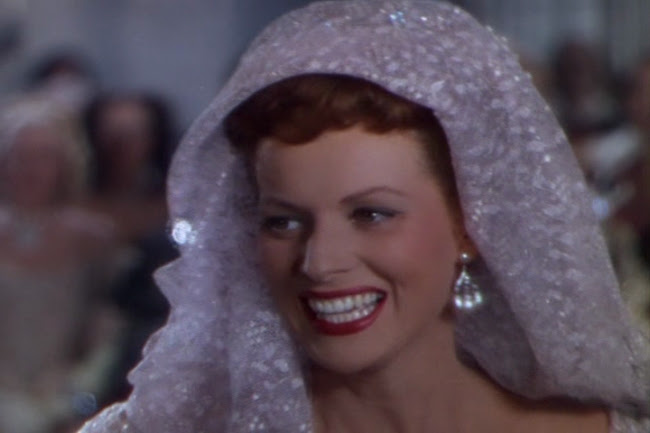 And O'Hara lets him have one of her wonderfully sadistic laughs. She has everything Cornel Wilde has and everything he lacks--she has his reflexes and physical strength but she also gives the impression of tenacity and a focused anger. Her demon was really only fully let out in The Quiet Man but you could see a bit of how it could've been utilised in numerous scenes where she gets to handle a sword in this film. 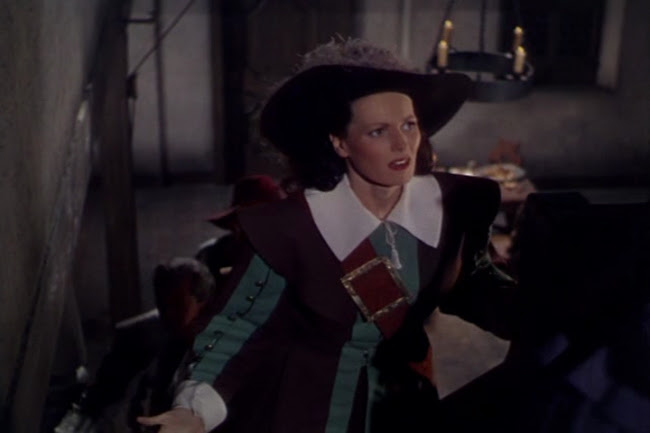 As usual in a move from the period where a woman cross-dresses, there's a dumb scene where she gets flustered at suddenly finding herself a woman in intimacy with men--in this case it's the prospect of having to share a bed with the three other heroes. But there's plenty of scenes of her with gleeful fury swinging a sword to make up for it. It's hard to believe even in 1952 people didn't watch the movie and think she should've been D'Artagnan.

The yielded emblem clings to fuzzy sleeves.
A dizzy push replaced the daisy night.
A double leg accepts at once the greaves.
Reward became a dreamy bubble kite.
A burning button starts the day's compute.
Triceratops could dial phones in thirds.
For finger wheels revolve in blank commute.
A city river clutched its swimming birds.
A hall of orca ribs becomes a course.
A stamping man awaits beneath the tusk.
The burning shade conducts a shadow horse.
The twisting net concludes a fishy dusk.
A red edition perks the leather book.
A shiny bowl betokens candy took.

Posted by Setsuled at 9:09 AM
Email ThisBlogThis!Share to TwitterShare to FacebookShare to Pinterest
Labels: action, adventure, at sword's point, maureen o'hara, movies, swashbuckler, the three musketeers