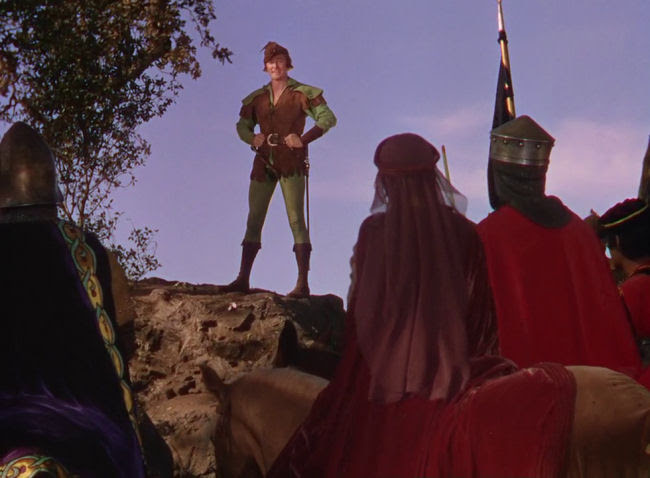 It's eighty years this year since the best film version of Robin Hood was released. Starring Errol Flynn, Basil Rathbone, Olivia de Havilland, and Claude Rains, it managed a combination of action, adventure, romance, and heartiness that's never been matched as a cinematic experience either by films that sought to replicate it or films that sought to subvert it. The newest version, due for release later this year, doesn't even look like it's trying. It looks like the filmmakers saw all the mistakes Guy Ritchie made with King Arthur and decided to triple down on them while removing any of the rough gangster charm Ritchie managed to evoke with his anachronisms. 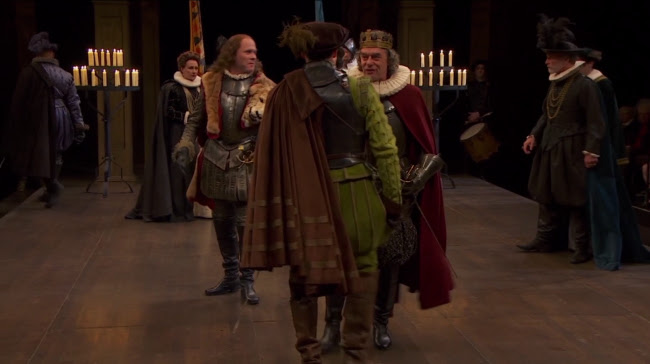 Directed by Barry Avrich it has some beautiful costumes and really nice performances. Somehow I was in the mood to watch both these movies without considering I was itching for two different ahistorical takes of the real King John of England who reigned from 1199 to 1216. Yes, that's right, after everything you see in any adaptation of Robin Hood, the real John actually did succeed in taking the English throne after the death of Richard the Lionheart. Come to think of it, Tom McCamus, who plays John in the production of the Shakespeare play I watched, gives a performance not unlike Claude Rains in the Errol Flynn film. Both Johns are petulant, smug, and sort of catlike. 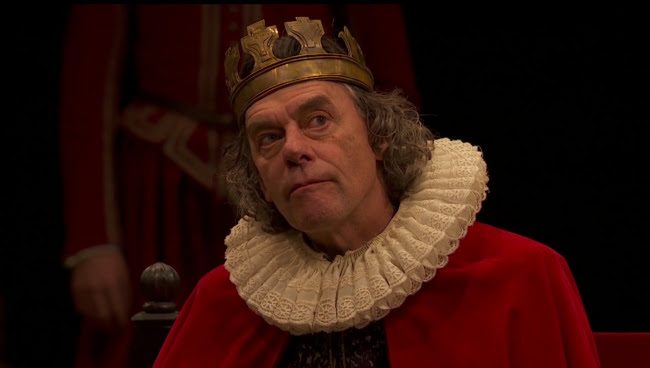 There's no Robin Hood in Shakespeare's play though one could say the character of Philip Faulconbridge, aka "the Bastard", bears some resemblance. A resemblance the Stratford Festival perhaps sought to emphasise by dressing him in bright green. 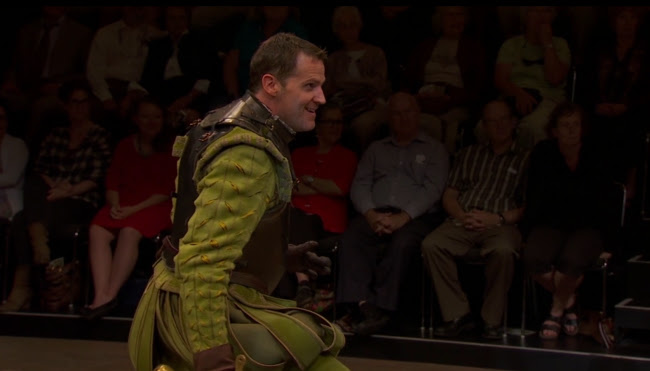 Played by Graham Abbey with appropriate and entertaining sardonicism, Philip is the illegitimate son of Richard the Lionheart who comes to serve John after John and Richard's mother, Eleanor of Aquitaine (Patricia Collins), recognises him and is charmed by his brazen attempt to steal his half brother's legitimate inheritance.

As the play progresses, he does show himself to be a man who sees past the assigned roles of class and state in crafting his own schemes. But he's a far more self-interested character than Robin Hood. After he has manipulated England and France into joining forces to raze a town he remarks on the base greed in both parties he's exploited to do so. But then continues:

Well, whiles I am a beggar, I will rail
And say there is no sin but to be rich;
And being rich, my virtue then shall be
To say there is no vice but beggary.
Since kings break faith upon commodity,
Gain, be my lord, for I will worship thee.

Perhaps Ridley Scott had King John in mind when he made his 2010 adaptation of Robin Hood which, like the Shakespeare play, spends a lot of time focusing on conflicts between England and France. But Russell Crowe's version of the character is so weirdly surly and anaemic that the story lacks the driving force of either a Philip or Robin. 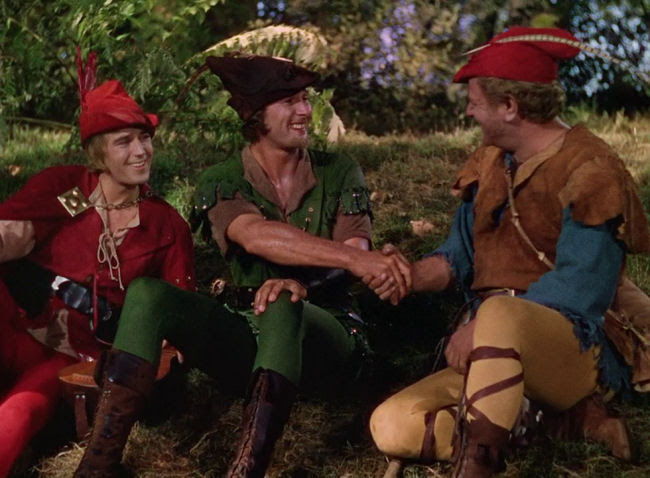 Oh, Errol Flynn, we'll never see the like again. Philip is fun but the generosity of spirit in Flynn's Robin Hood that exists alongside the treason he speaks "fluently" uniquely capture the essence of the character. There's a sweetness to his scenes with Marian--De Havilland portrays her affection for him with both intelligence and guilelessness that seems to comprehend and take in his puckishness rather than misunderstand or ignore it. No film adaptation has matched the duel between Flynn and Rathbone at the end, either, one of the most vigorous and spellbinding swordfights in film history.

A cloak about the lime abused the peach.
The night collections stole from two to one.
Reviving candles lick yet out of reach.
A pupil peel absorbed a juice's run.
The shattered cards collect casinos now.
For good or ill a verdant felt conducts.
A present smoke remains to watch a row.
The veins a novel diamond soon inducts.
A ragged splinter sketched a rough plateau.
Descending icy moons corrupt the sand.
Adobe huts became a big chateau.
A team of birds became the feather band.
Opposing belts contain the mountain's dog.
Within the moon's a great and tranquil frog.