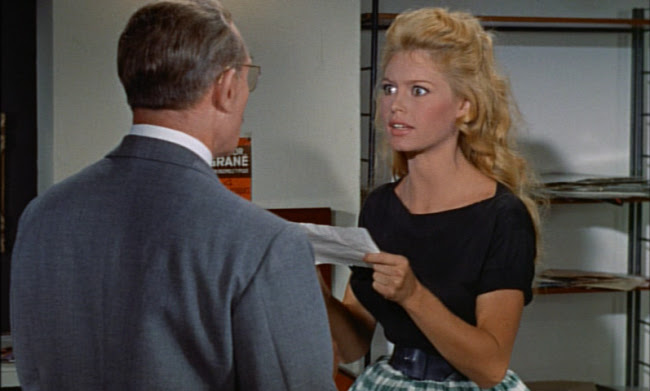 Nothing complicates a relationship quite like a murder. When Brigitte Bardot spots her husband with a gun standing over the body of a deceased Dawn Addams in 1959's Come Dance with Me (Voulez-vous danser avec moi?) she draws the natural conclusion. But she's willing to give him the benefit of the doubt and plays detective for the bulk of this mostly charming comedy murder mystery.

The beginning of the film takes us quickly through how Virginie (Bardot) met Herve (Henri Vidal). The opening credits are played over footage of Bardot, dressed for mildly formal cocktails, impatiently trying to get a dentist on a pay phone. Her father has a toothache--when she finally reaches the home of a dentist, Herve, he's busy with a very informal poker game. 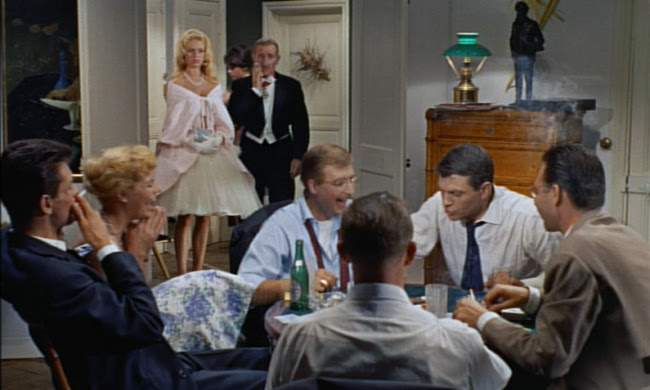 As Virginie and her father arrive at Herve's home, we're presented with this contrast between a carefully brought up, possibly sheltered, young woman and this dishevelled barbarian. 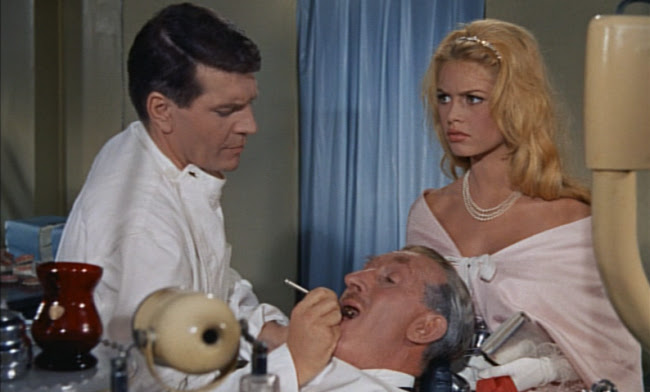 But they're both attracted to each other and, a few jump cuts later, they're married and having an argument in which they declare never intending to speak to each other again. Herve goes to a club where he runs into Anita (Addams) and goes home with her, passionately kissing and fondling her while her accomplice, a very young Serge Gainsbourg, secretly takes pictures. 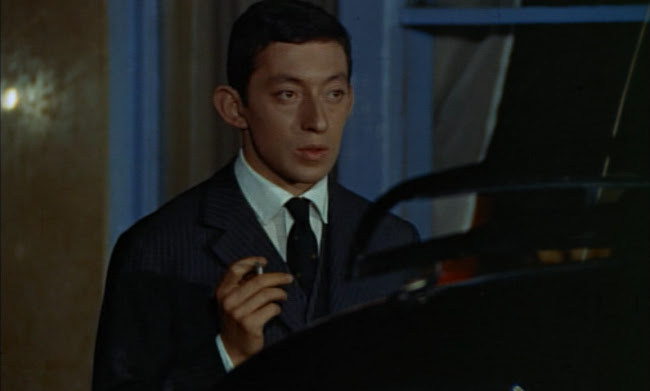 Herve backs off, saying he can't be unfaithful to his wife, but I'd say he'd already crossed that line when he started kissing Anita, to say nothing of when he pulled her top off and we were given a shot of Addams' nipple double. When she and Gainsbourg decide to implement their blackmail scheme, Herve goes to confront her where she teaches at a dance studio, Virginie follows, the body is found, and the main plot begins. 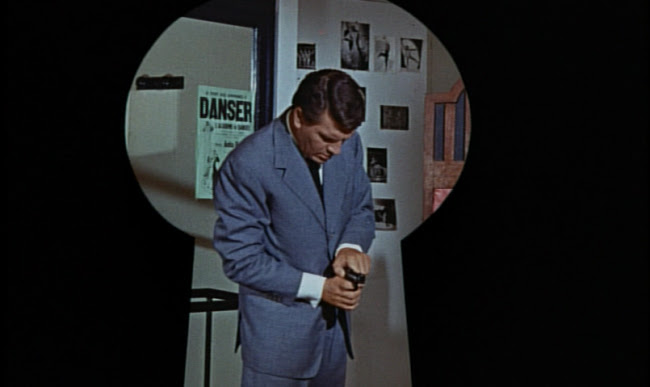 Most of the film is from Virginie's perspective as she tries to figure it all out. Like her, we're not sure if her husband is guilty or not. Those who employ the term "male gaze" would say of course this film is still an example of the male gaze not only because of its male director and screenwriters but because of how the language of film was created by men. One of my objections to the term "male gaze" is its variety of definitions and how many amateur critics lazily switch between definitions while using the term over the course of a single review. Another complication is evident in this film when one of the suspects Virginie encounters is a gay man named Daniel (Philippe Nicaud). 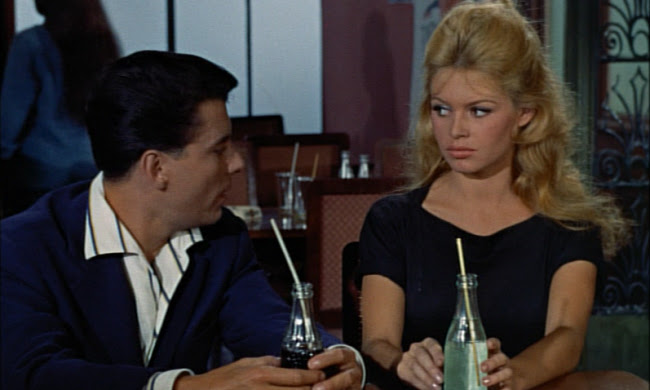 The police are suspicious of him because of his "morality" as he puts it but Virginie shrugs and says she has no problem with him. I wish I could say this was the beginning of a surprisingly enlightened attitude in a film for its time but unfortunately this does not turn out to be the case. It's not Dressed to Kill bad but it is in the same ball park--that is, the trope of gay men doing bad despite the nice heterosexuals obviously willing to accept them. This is a product of a certain latent code of morality, part of what would be labelled the "male gaze" but it's clear here the term is hopelessly deficient and reflective of a too limited perspective. Obviously this gaze is not inherently male. 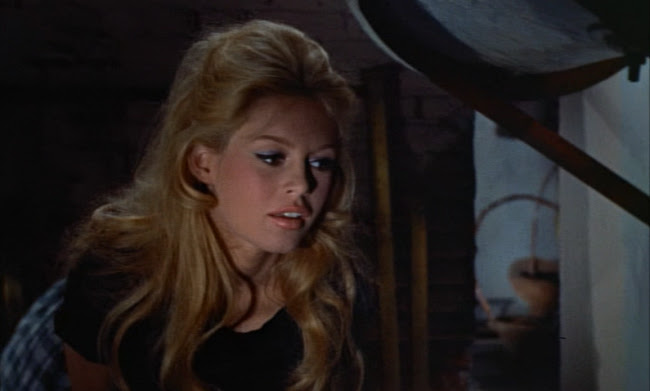 But Virginie's sexual attitude is intriguing in less disappointing ways. While Herve was having his ill-fated first encounter with Anita, Virginie reveals she'd been at a strip club, watching women strip. She'd seemed to enjoy this, an interesting comment on sexual power dynamics, but says she'd much rather watch men strip. 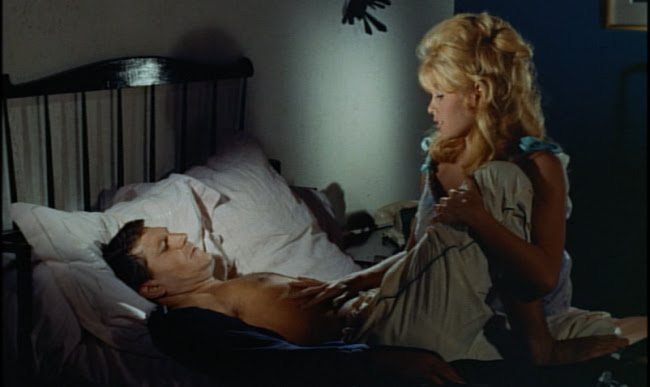 There's a rabbit hole of radical thought that would finally say any expression of sexual voyeurism or assertion on a woman's part is still a product of the oppressive patriarchy. But Come Dance with Me is mostly a fun fantasy, obviously influenced by Hitchcock, but never comes near To Catch a Thief or even The Trouble with Harry.