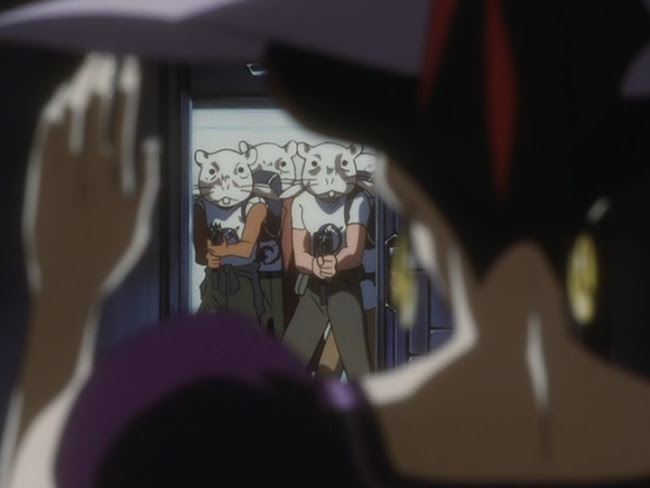 There's always a danger that a righteous crusade can become a mission to satisfy personal vanity. In Cowboy Bebop, succumbing to such a lack of self-awareness can lead to being forever trapped in hyperspace. When people talk about privilege nowadays, the privilege human beings have compared to other animals is rarely acknowledged. Even the most uncompromising progressive activist might shrink at giving up the pleasure of eating meat. In Cowboy Bebop, the issue becomes even more complicated because we've already been introduced to one animal, Ein, who has at least human intelligence. But the animal rights activists introduced in the fourth episode are unambiguously terrorists. 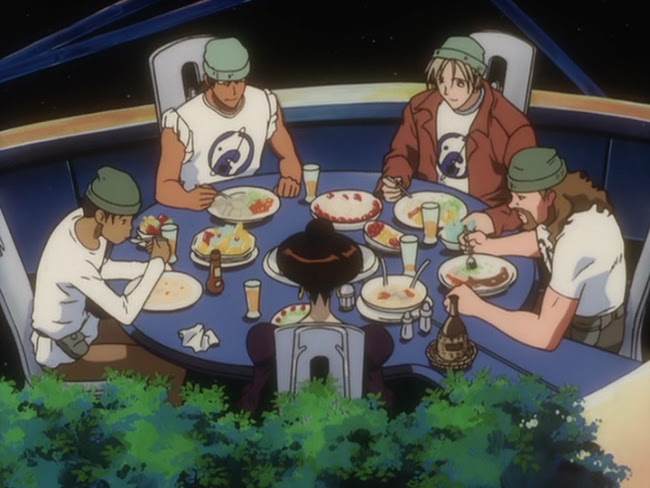 In fact, they seem like Ma Barker and her gang of criminal sons. When Spike (Koichi Yamadera) and Jet (Unsho Ishizuka) look into her past, we do get a glimpse of a young Murdock (Mari Arita) when she was presumably a more clear-sighted activist. Now, though, her design to release a chemical into the air that turns everyone into chimpanzees seems counterproductive to say the least. 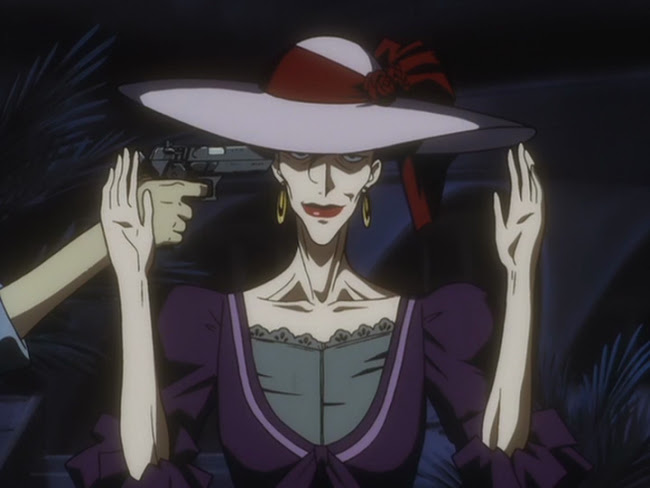 We quickly see that she has no desire to be infected herself, despite what she says about her intentions to level the playing field between humans and animals. The middle section of the episode is a wonderful interplay of tension between comedy and horror involving four people in the Bebop common room. While Jet is talking to the video screen, trying to get information from a source, Murdock tries to look unworried as Spike makes various attempts to open what he doesn't know is the capsule containing Murdock's chemical weapon. 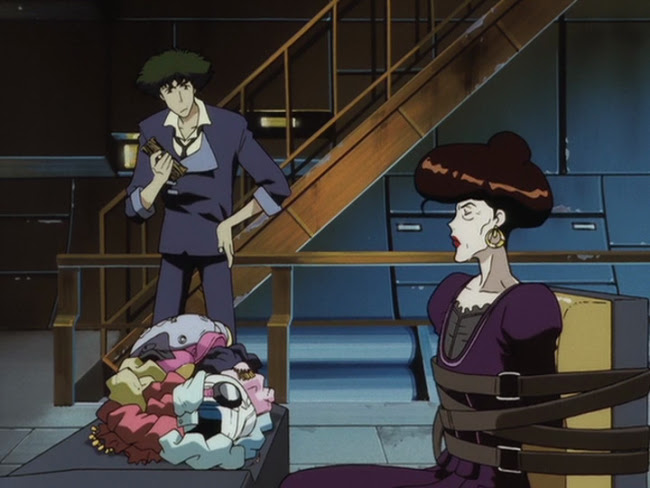 The fourth person in the room is Faye (Megumi Hayashibara), handcuffed to a ladder. As will be often the case throughout the series, her attire suggestive of bondage is complemented by literal bondage. 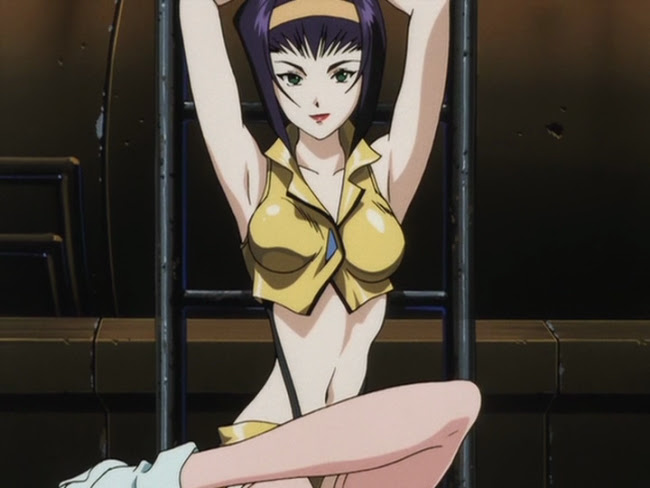 In the circumstance where everyone in the room is vulnerable to Spike inadvertently releasing the chemical by satisfying an idle curiosity there's an extra layer to the tease. Spike and Faye are both exhibitions of human behaviour considered animalistic--Faye in a display of sexuality and Spike in a display of imprudence. Murdoch's supposed principles are being challenged both superficially and subtextually--she doesn't want to betray knowledge of what Spike has in his possession and she doesn't want to acknowledge her abhorrence of the prospect of being lowered to the level of these inferior beings. Spike and Faye, by being more natural, are more appealing to the viewer while nature's self-proclaimed advocate is naturally unappealing for her artifice. 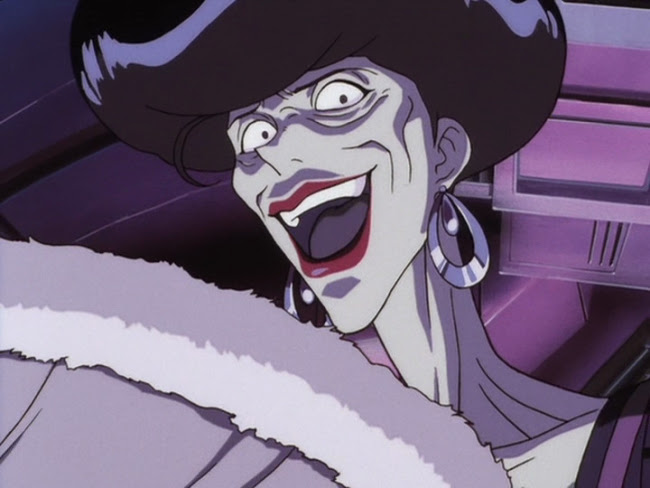 The episode's main idea is another way in which the show blurs identity lines, in this case the line between human and animal. It also features an effective action sequence in the end in one of the hyperspace gateways that allow ships to travel great distances quickly and it's here that Faye officially becomes a member of the crew. Until the next time she wins big betting on the dog races, anyway.

Posted by Setsuled at 9:29 AM
Email ThisBlogThis!Share to TwitterShare to FacebookShare to Pinterest
Labels: anime, cowboy bebop, television, tv show