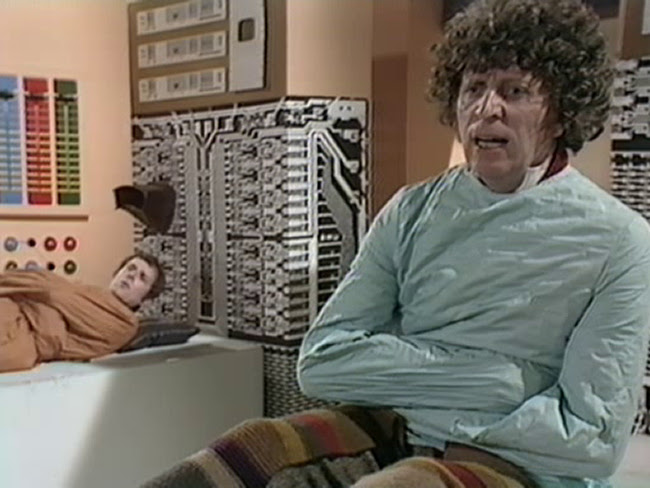 The Sun Makers was one of my least favourite Fourth Doctor serials the first time I watched through the series and I still don't like it very much. The best parts are improvisations between Tom Baker and Louise Jameson--the Fourth Doctor being my favourite Doctor and Leela being one of my favourite companions. But the main story, which Robert Holmes wrote apparently inspired by his recent troubles with tax authorities, has the trappings of a political satire but never connects because the premise doesn't make any sense. With some especially badly coordinated action sequences, the episode spends most of its time treading water in a capture and rescue routine. 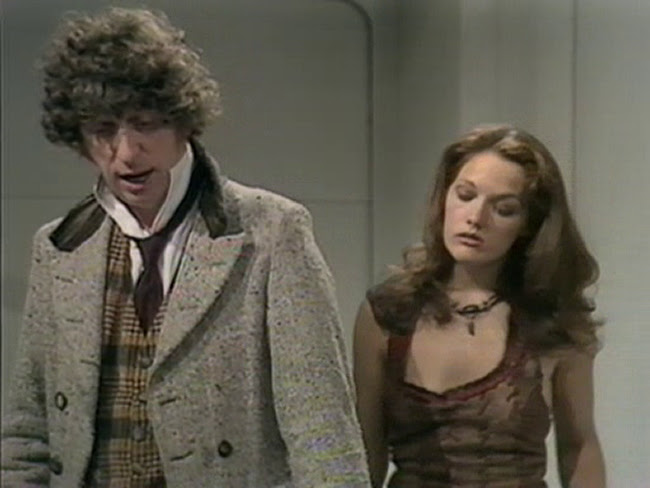 The TARDIS materialises on Pluto where, in the future, suns have been manufactured to give the planet constant, global sunlight. Workers are enslaved by an all powerful Company and forced to pay enormous taxes. We meet poor workers who are breathing air polluted with drugs designed to give them anxiety and a cartoonish elite led by a Gatherer (Richard Leech) and Collector (Henry Woolf).

But a satire about taxation really only works if the people being taxed have some economic autonomy. What is the Collector taxing, exactly? Currency? What use is the currency the Collector and his Company presumably produce when they literally control everything--world, resources, and even the suns? All of the workers seem to be devoted to mining and industrial operations. They certainly don't seem to be selling anything to any competitors. Maybe some people are subsistence mining? 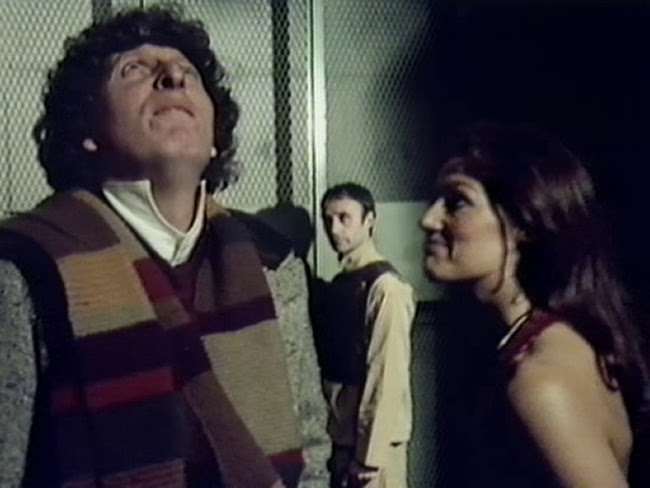 But the Doctor and Leela are so charming together. There's a moment early on where Baker obviously seems to improvise a line that causes Jameson to break. Leela speculates, "Perhaps everyone runs from the taxman," after which there's a pause and their new worker friend nods. Baker needlessly says, "He says you're right," and Jameson's face instantly turns into what seems like suppressed laughter. It's not especially funny but the feeling of authenticity to the moment is a charming diversion. 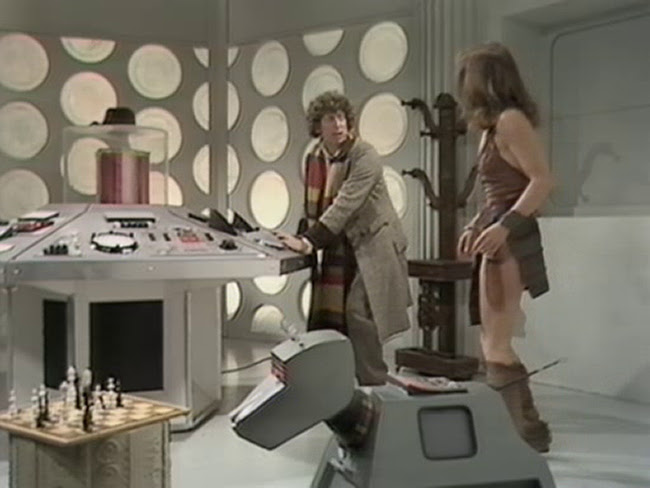 This is the second serial to feature K9 (John Leeson), following The Invisible Enemy, a serial I like even less. The Sun Makers is book-ended by a chess game between the Doctor and K9. 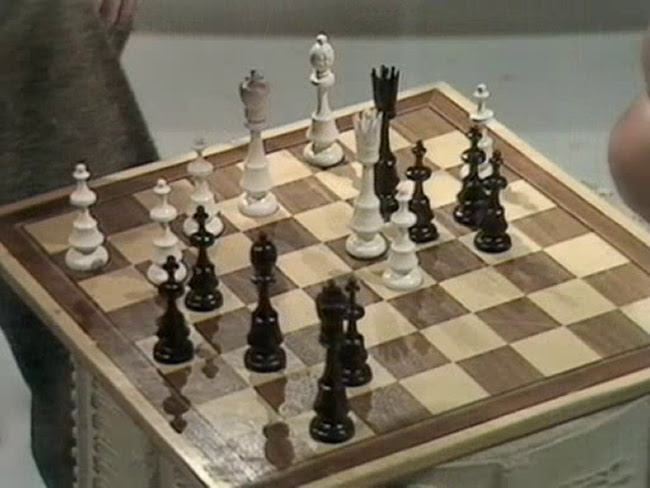 Here's the board at the start and it's the Doctor's move. Looks like he has both a bishop and a queen vulnerable to K9's queen. A sensible move would probably be to move his queen to a point where the queen and bishop protect each other--I'd probably move queen to queen's two. Instead, though, the Doctor takes the pawn on queen's knight four, inexplicably deciding to leave his bishop, queen, and now a pawn open to attack. K9 ignores all this so maybe there's a trap I don't see and gives check by moving his "bishop to queen six." Fortunately for the armless K9, Leela seems to learned chess notation. 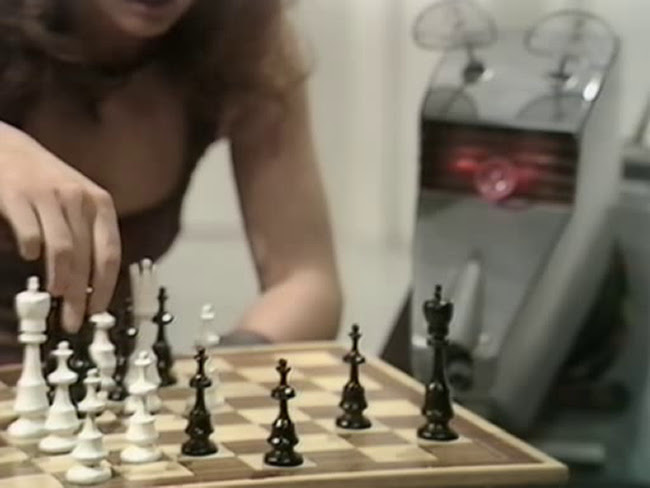 I assume it was Baker's improvisation to move his king all the way across the board after this--when K9 says, "Wrong square" it's an understatement. K9 claims to see mate in six moves but that depends on how the Doctor moves. He doesn't have many options. But by going king to king's three he can at least protect his queen and then take K9's queen if K9 decides to do a discovered check by moving his bishop. But if K9 decides to take the Doctor's bishop the Doctor can't get compensation. It's hard for me to believe he didn't see all this trouble coming from his pawn move, though. I think he was letting K9 win.