Grim Stones on a Cold Land 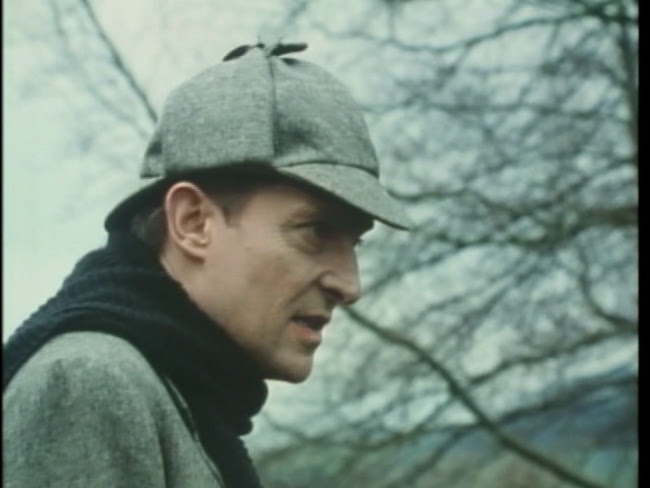 Sherlock Holmes travels to a gloomy prep school to find a missing boy in The Adventure of the Priory School. One of Arthur Conan Doyle's original Sherlock Holmes stories, collected in The Return of Sherlock Holmes, it provided the source material for one of my favourite episodes of the great Granada series starring Jeremy Brett as Holmes.

Directed by John Madden, who went on to direct the much cheerier Shakespeare in Love, the episode takes Conan Doyle's ingenious mystery and covers it with heavy gloom appropriate to its locations which include the chilly priory and the surrounding moorland. 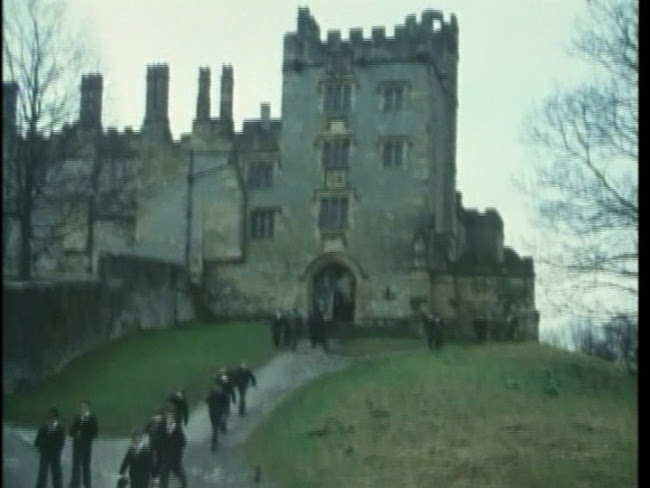 With the constant background tension of a missing child whose fate remains unknown, one might expect a frantic pace. Certainly the episode begins, as does the original story, with the school's founder, Dr. Huxtable, appearing in a nervous state at Baker Street, his clothes and beard, Holmes notes, evidence of his great hurry. He's played in the episode by Christopher Benjamin, whom Doctor Who fans would recognise as buffoonish Jago from The Talons of Weng-Chiang. Not a face that inspires an atmosphere of gloomy contemplation. 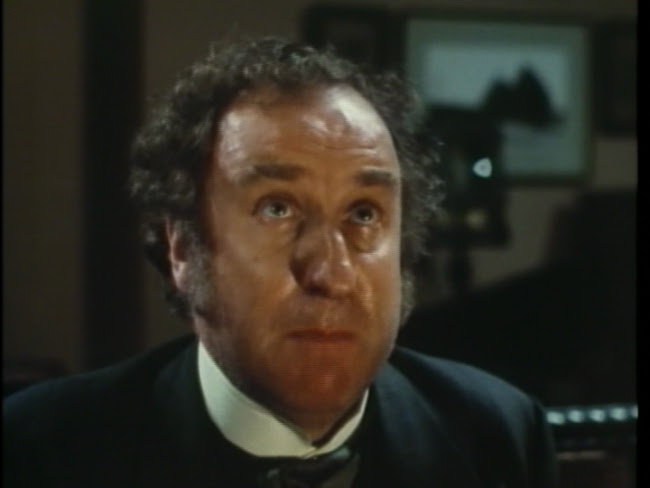 But most of the episode feels much more static than the original story, which is propelled along by Holmes' deductions. These are spread more thinly in a television episode that allows for the realities of travel in 1904 England and the slow process of gathering clues. All this allows the atmosphere of the cold and rocky landscape as well as the squalid inn--renamed Champion Jack from The Fighting Cock for the episode--to sink in and complement the terribly lengthening hours while the child's fate remains a mystery. 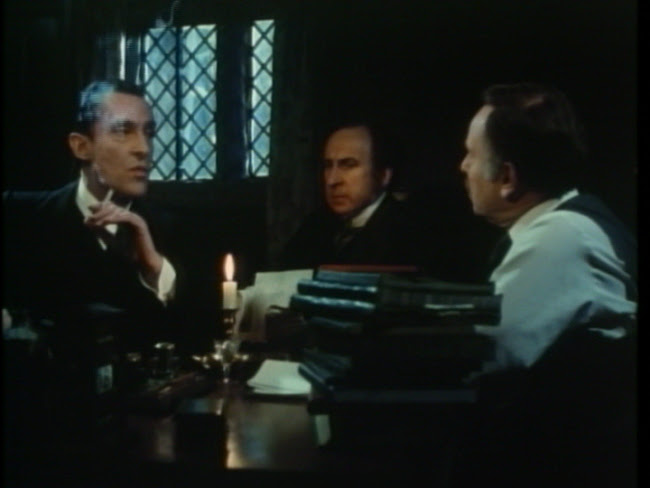 A scene is added for the episode of Watson (Edward Hardwicke) laughing at the supper table with school faculty about the boy's family history--his father, a Duke (Alan Howard), resides at nearby Holdernesse Hall. Huxtable is mortified that people would take the opportunity to mock the Duke on a subject over which it's established the nobleman is sensitive. Indeed, it seems a bit out of character for Watson. 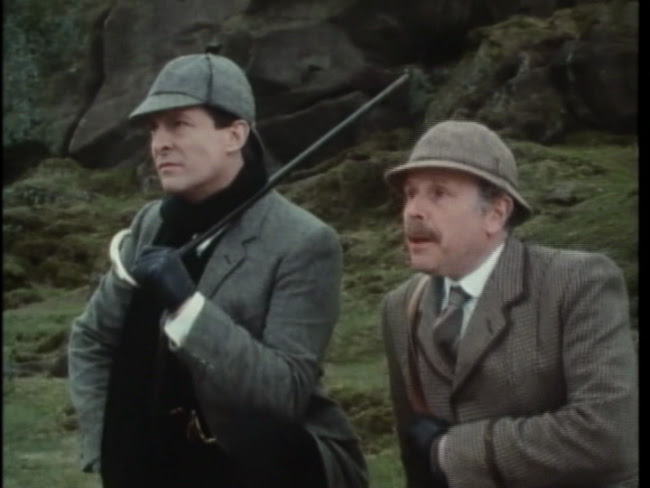 Like most of the series, though, the episode takes care to be as faithful an adaptation of the story as possible. It does diverge pretty significantly in its ending mainly, I suspect, for the needs of the more visual medium which finally does require a chase. Conan Doyle's story resolves more quietly but in both cases Holmes is justifiably enraged by the Duke's surprisingly callous attitude about the case. He comes off even worse in the original story, being partly responsible for a murder.

I wished the episode included more of Holmes' deductions from the story but Jeremy Brett is fantastic. His smoking habit probably wasn't helpful next to his terrible health problems but he certainly looks elegant with a cigarette, gazing out the window of that miserable inn, trying to figure it all out. 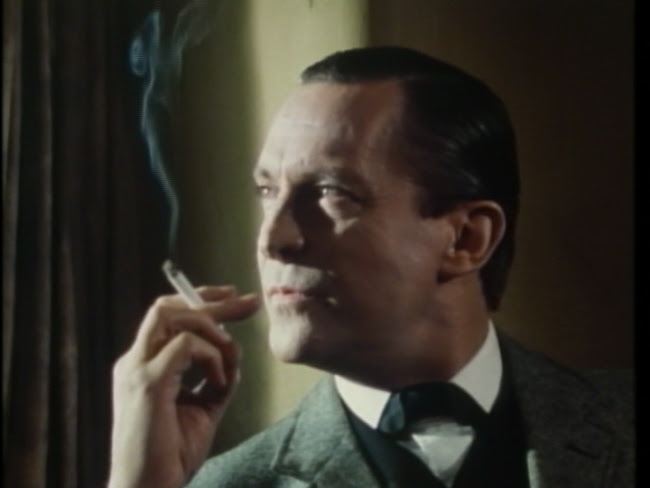