Styrofoam in the Expanse 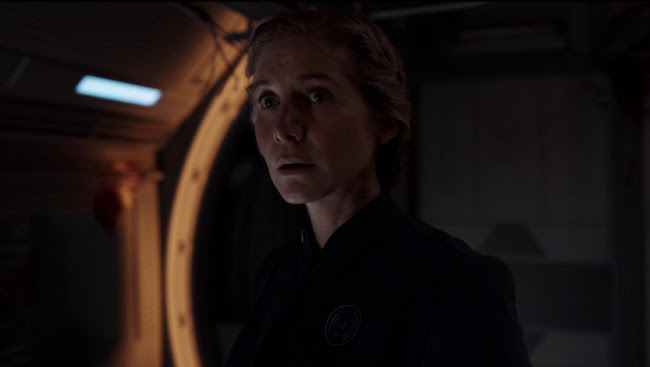 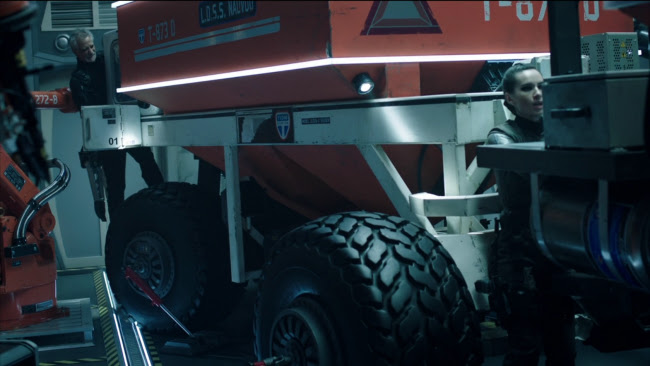 Ah, the old Trapped in a Basement Together Telling Stories plot. At least there weren't flashbacks to previous episodes. At least when Ashford (David Strathairn) and Drummer (Cara Gee) swapped stories of narrow escapes neither ever said, "I don't know how we got out of that one!" 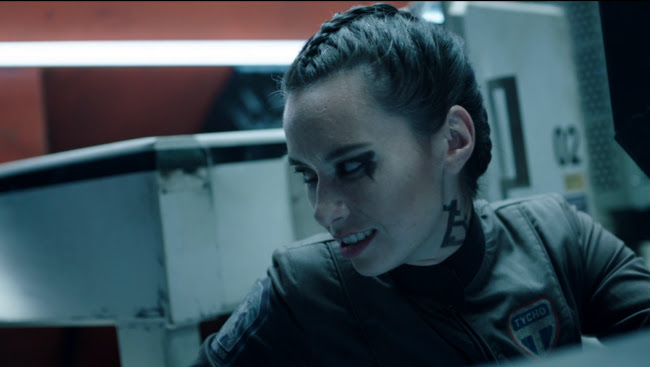 The other reason to use this plot device, of course, is to show the characters bonding in ways that won't matter if you missed the episode. But it was nice listening to the two talk. Maybe Drummer is dying but I doubt it. If anyone's going to die I bet it'll be Ashford. The way he was relishing his moment calling himself "Captain" felt like he didn't expect to have the pleasure for long. 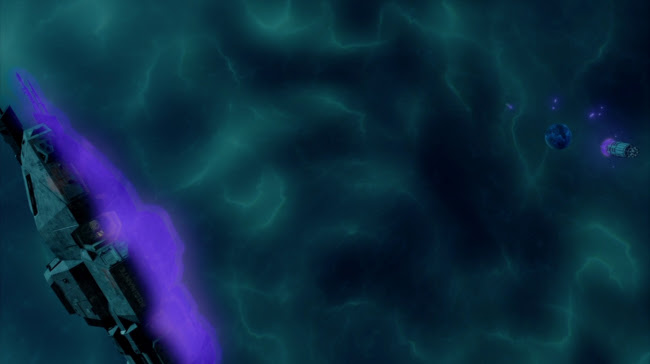 Drummer and Ashford became trapped in the cargo bay when the big protomolecule blob put some kind of purple membrane over all the ships, slowing them down. This is Sci-Fi without inertial dampers, it's nice writers can explore the possibilities now. 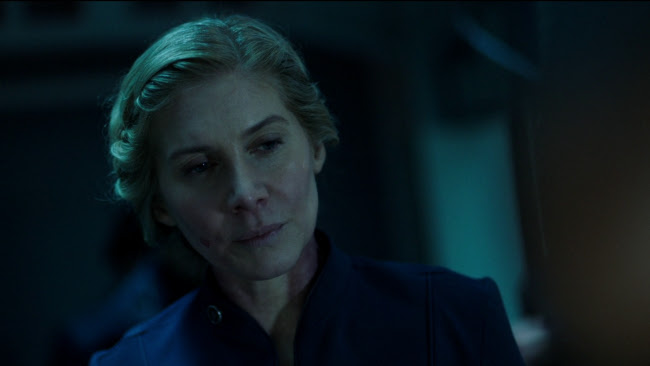 Anna (Elizabeth Mitchell) was lucky enough to have been strapped down during the incident. She goes to help out because she's a trained nurse--her doctorate is in something else as a commenter pointed out in one of my previous entries. I'm guessing everyone stopped calling her "Reverend Doctor" after her first episode to avoid confusion. You'd think basic nurse training would include basic information about how injuries are different in zero gravity but it provided an opportunity to explain it to the audience. 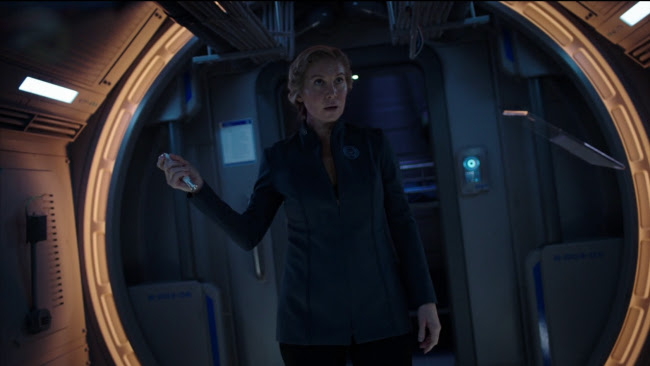 It felt like Anna almost became a completely different character in this episode. I suppose all the security officers were busy, injured, or dead but it felt weird seeing her rush off with a nightstick to take care of business all on her own. No reference at all in this episode to her internal conflicts. Her sudden appearance at the end to save Naomi (Dominique Tipper) from Melba (Nadine Nichole) was a little cheesy. 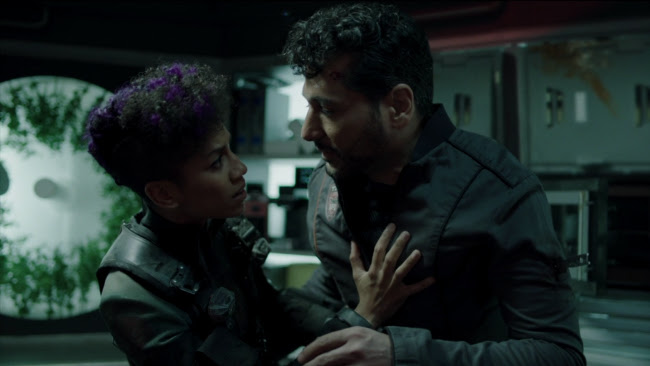 It was nice seeing Naomi's reunion with Alex (Cas Anvar) and Amos (Wes Chatham). I liked how no-one even mentioned the fork stuck in Alex's arm.

Impatience shaves the screws to thickened pipes.
On yellow bits the friendly fishes stand.
Slowly rain in glimmered torrents wipes.
There drifts along the dock an even band.
Predicted drums surprised the running car.
Redacted rums revealed the drunken moon.
The bulletins were ranged along the bar.
By glowing, twisted red we read the rune.
Say whence have come the spiny beetles red?
As heated coals the hardened legs've glowed.
In even pace the soldiers slowly tread.
The burning pins were steps in rhythmic code.
The thin remembered strands have slipped the air.
A mirror hall produced an extra pair.

Posted by Setsuled at 8:33 AM
Email ThisBlogThis!Share to TwitterShare to FacebookShare to Pinterest
Labels: sci fi, television, the expanse, tv show