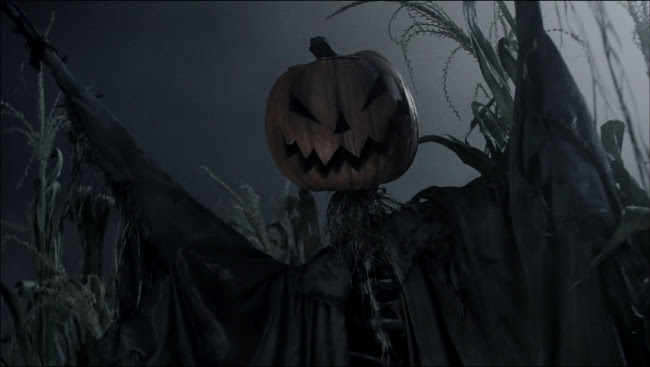 The beautiful shots composed for the opening credits alone would be reason enough to watch 1999's Sleepy Hollow but there are more reasons than that. It's not my favourite adaptation of Washington Irving's famous story but it's so fundamentally different that it doesn't seem right to call it an adaptation at all, more like a wildly divergent pastiche. Taken on its own merits, it's a prime example of Tim Burton in the best era of his career; its art direction, set design, costumes, and cinematography are gorgeous and perfectly suit the story; and it has one of Danny Elfman's best scores. It's also a good action film and sits beside Aliens as a great blend of action and horror. 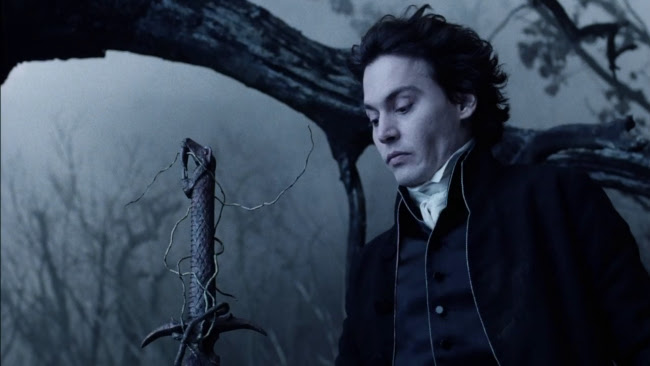 One of the biggest differences between the film and the story is in Ichabod Crane himself. Unlike the odd, physically unattractive man Crane is described as being in Irving's story, this fellow is Johnny Depp when that name belonged to a beautiful man whose mannerisms onscreen evoked vulnerability and sensitivity. This Crane is a proto-forensics pathologist, there to solve murders with brilliantly progressive scientific method and philosophy, his abundance of gifts and accomplishments tempered just enough by a natural cowardice that of course only makes him more charming. Crane in Irving's story is unusual but not extraordinary--he's a school teacher from a different part of the country, from a community with different roots than the provincial Dutch inhabitants of Sleepy Hollow, these differences proving crucial to the events of the story. And instead of being motived by duty and altruism, the Crane of the short story is driven by greed. 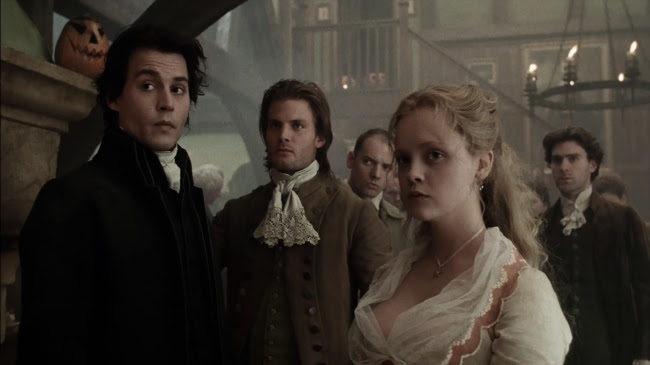 I've always felt Irving based Crane on Falstaff, particularly on Falstaff in The Merry Wives of Windsor, where he had similar thirsts for women and wealth. But, of course, the itinerant schoolmaster can hardly be blamed for wanting a stable home instead of being forced to impose on the hospitality of his pupils' parents. Is this a motive people are no longer able to identify with or is it too close to home? 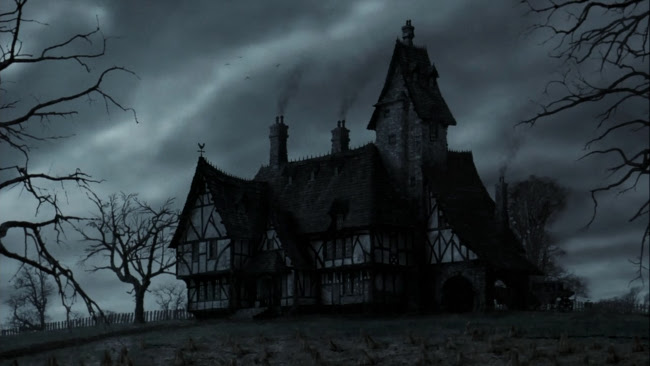 Burton shifts all the greed over to a conspiracy among the inhabitants of the town, an impressive collection of actors that includes Michael Gambon as Baltus, Jeffrey Jones, Miranda Richardson, Michael Gough, and Ian McDiarmid. 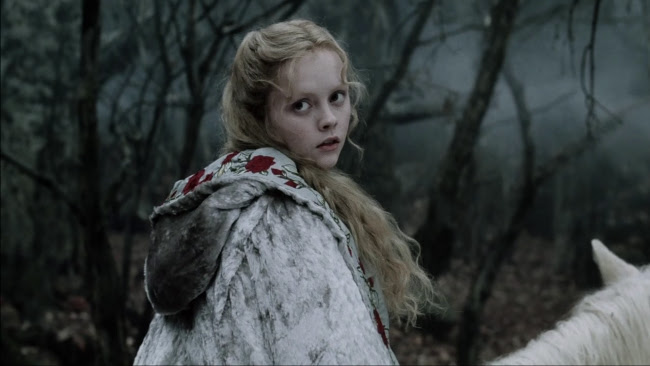 And Christina Ricci plays Katrina, now a witch to help make her the thematic counterbalance to Crane's devotion to reason. Depp and Ricci look terrific together, especially in those costumes. Ricci's style of performance is appropriately more ethereal than Depp's, her thoughts not easy to read on her face while his seems to communicate everything. 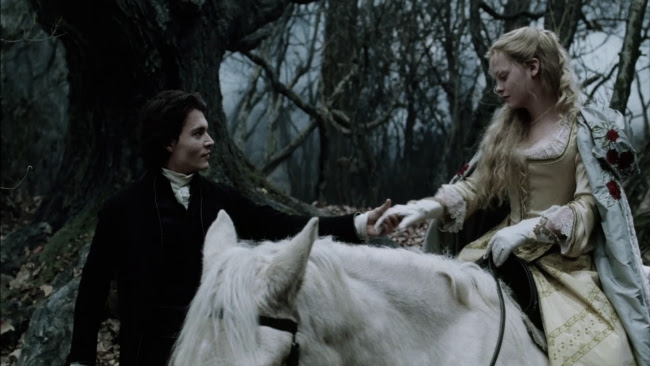 The film could have done without some of the plot obstacles placed between them. I like the boy (Marc Pickering) who becomes Crane's assistant but I would've really liked to have seen Ichabod and Katrina spend more time working together. But maybe her absence makes the viewer's heart grow fonder. In any case, the pacing works really well and the Headless Horseman is a really menacing figure, the movie remains a more than worthy Halloween watch.