Feng Shui in the Void 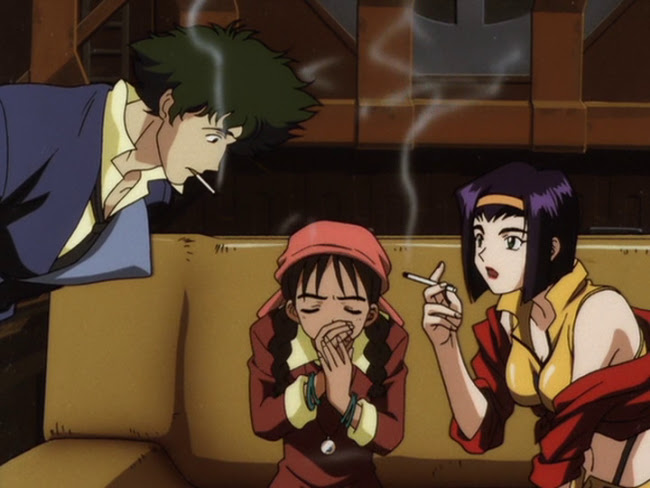 Mystic interior decorators may face their toughest challenge in the post-post-modern future solar system depicted in Cowboy Bebop. But fortunately this is a place bound together by the influence of feng shui. 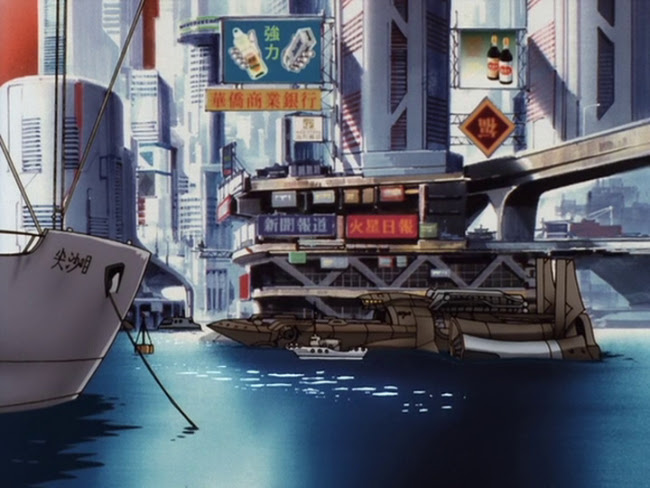 There are two layers to this episode; there's the main plot which involves Jet (Unsho Ishizuka) attempting to assist the young daughter, Meifa (Arisa Ogasawara), of his missing friend, and then there's the narrative of Jet, Spike (Koichi Yamadera), Faye (Megumi Hayashibara), and Edward (Aoi Tada) trying to define the nature of Meifa's relationship to Jet. 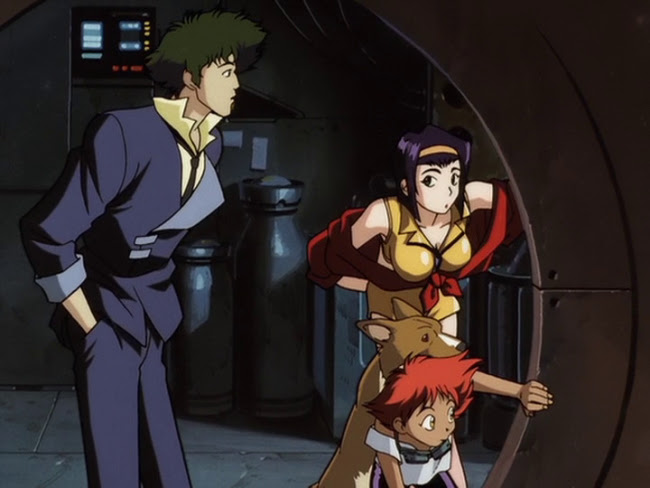 When the rest of the crew first see the teenage girl Jet's brought aboard, they speculate on who she might be to him, with Faye leading the interpretations at either "love child or girlfriend," both of which imply scandal. Later, Jet himself is preoccupied with how he must look sitting with Meifa eating ice cream, insisting he's too young to be her father and awkwardly suggesting he'd more likely appear to be her boyfriend. This is all funny but it also gets back to an idea that has been important on Cowboy Bebop from the beginning; examining how new human relationships form and operate with traditional signifiers jumbled and reconfigured. 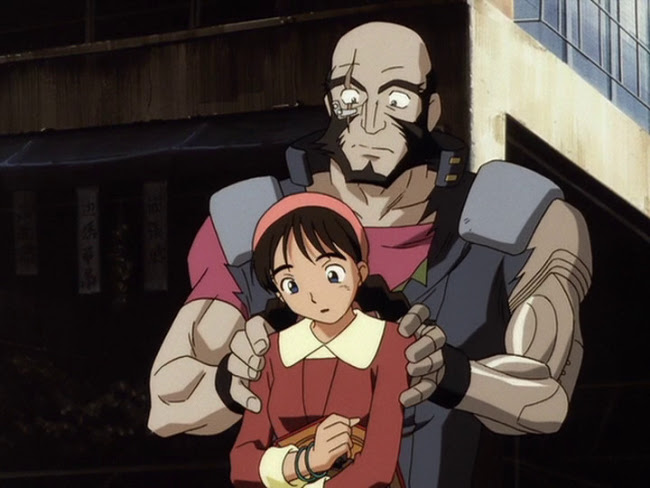 Meifa, though, doesn't really care how she looks sitting with Jet. She doesn't have the same frame of reference as Jet, lacking his knowledge and experience. Since one of Jet's well-established personality traits is a paternal compulsion to care for other people, he's naturally compelled to help her and their relationship is somewhat similar to the subtle symbiosis between him and Edward. At the same time, Meifa is also more traditional than Edward: she has attachments. She wants to find her father, unlike Edward who apparently can give or take her father, and Meifa's devoted to an old belief system, feng shui. 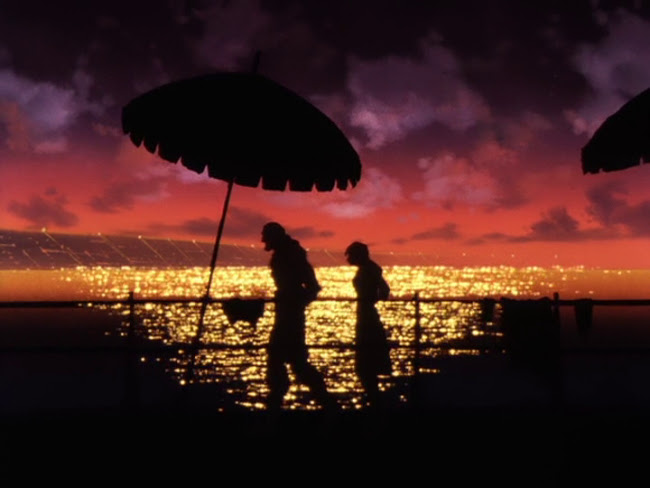 Modern practitioners of feng shui may be surprised to learn their belief system encompasses a stone that opens a hyperspace portal when hit with a laser cannon. But the point is that feng shui actually works here, much as Spike's "flow like water" martial arts seems able to compete with the sensory chaos. The compulsion to define Meifa's relationship with the crew of the Bebop continues when Spike and Faye are looking for justifications for protecting her. When the need to protect the Bebop isn't enough for Faye, Spike says, "We're fairies who are going to grant the princess' wish." He's partly joking but then one might also remember how Spike has defined his past as a kind of dream; the collection of relationships and experiences his own mind has sorted into a narrative. So he can answer the need to define Meifa's place.