It's All Troubling, Man 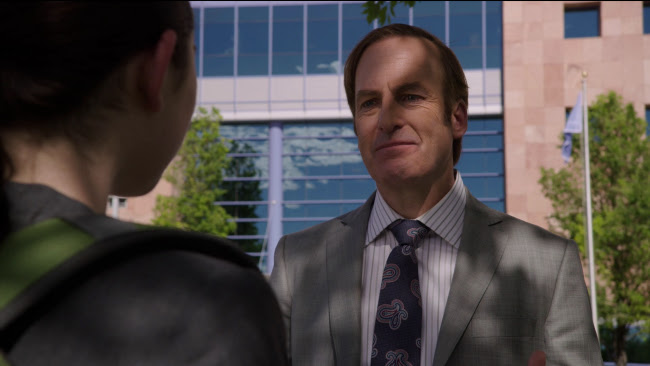 So we've come to the end of another season of Better Call Saul, a nice season finale last night, as expected, bringing Jimmy a little closer to becoming Saul but with a surprising and effective touch of ambiguity at the end. Wisely excluding Nacho entirely, the episode focused on two stories about societies where one mistake defines a person forever in the eyes of others. 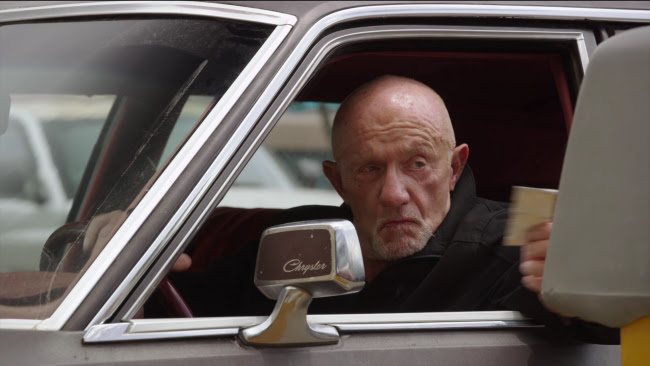 In the Mike (Jonathan Banks) plot, the former cop finally finds himself forced to cross the line and kill for his crimelord boss, Gus (Giancarlo Esposito). It seems entirely out of a sense of professionalism--Werner (Rainer Bock) had screwed up too badly and so didn't rate a second chance. I liked watching Mike's clever ideas play out in the pursuit of Werner, especially the gum in the parking barrier trick, but ultimately I still just didn't find him or Werner all that interesting. And it's hard to believe Werner would be stupid enough to think he could get away with what he was doing. 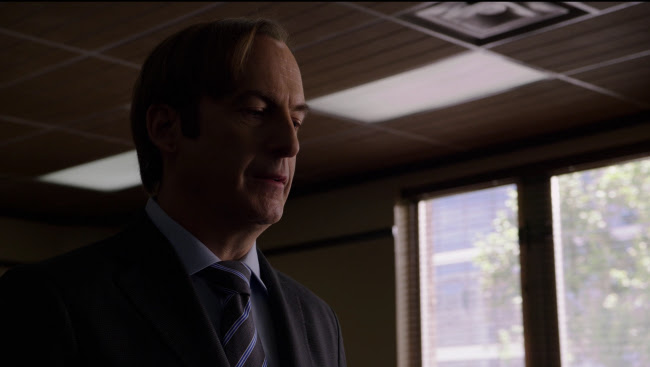 Meanwhile, on Kim's (Rhea Seehorn) advice, Jimmy (Bob Odenkirk) goes all in on showing remorse for Chuck (Michael McKean). The promos for this season feature a black and white image of Odenkirk looking sombre holding a colour popsicle mask of himself looking ridiculously happy--that ad gimmick didn't make sense until the final episode, especially the very end where we're shocked alone with Kim when Jimmy reveals he'd been faking emotions during his tearful speech to the board reviewing his appeal for reinstatement. The ending leaves us with the question; was Jimmy lying to the board or lying to himself when he claimed he was lying? If the latter is true, as it seems likely, could he ever dig himself out of that psychological hole? 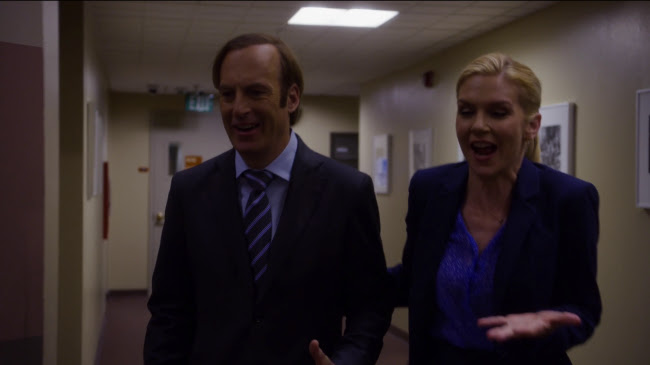 After his big finish in his speech about living up to the McGill name, the woman from the review board didn't even blink when he said he was going to practice law under a different name. Is Jimmy being rewarded for sincerity or for crafting a particularly impressive counterfeit?

It's hard to completely condemn him, though, after his advice to the teenage girl who's rejected for a scholarship. They'll never let her in, he tells her, because of the one mistake she made when she was younger. Just like Chuck could never truly accept Jimmy, however tragic we're reminded of that being in this episode's bittersweet opening flashback to the brothers actually performing karaoke together. 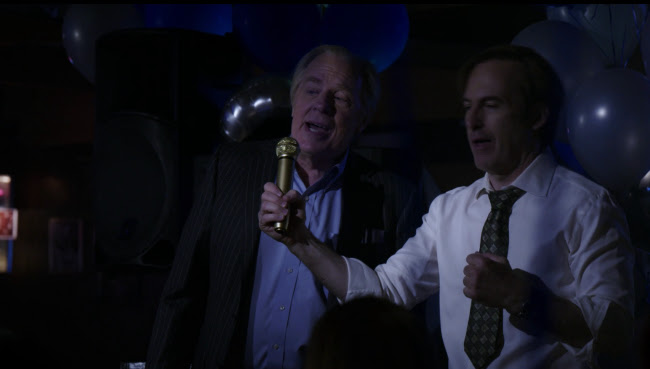 I kind of hope we see what happens to that girl Jimmy gives the twisted pep talk to. Maybe in flash forward to present day we'll see she's become a mega-rich, ruthless lawyer.

Now we still need to find out how Kim finally leaves him, which I'm guessing will be the focus of next season. I hope we won't have too long to wait.