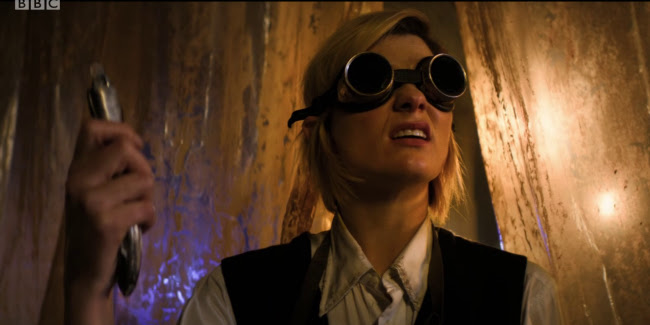 So here it is at last, the new Doctor Who, with the Thirteenth Doctor taking the series into uncharted territory. Let naysayers say what they will, I, for one, applaud the creators of the series for setting the première in Sheffield! 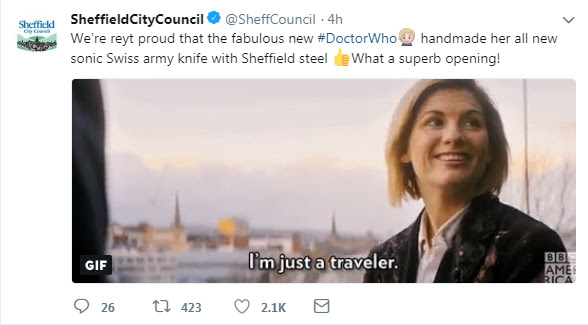 I've never been to Sheffield but I was aware of the city's association with steel because I have an almost two hundred year old straight razor made from Sheffield steel. I don't agree with the Doctor that only idiots carry knives--I suppose it's related the Doctor's aversion to weaponry but there're plenty of uses for a pocket knife beyond weapon.

Anyway. I quite liked Jodie Whittaker in the role. Taking the story out of London was certainly a good idea in the interest of making it feel like a fresh start. Establishing a network of friends and family in the Doctor's new companions really anchors the story in that location. Though, at the same time, the greater focus on the domestic felt a bit like a return to the Russell T. Davies era. Which I wouldn't be surprised to learn was the idea, given how the ratings declined after Davies left. That being said, "The Woman Who Fell to Earth" wasn't as good as "The Eleventh Hour" or "Deep Breath". But it wasn't bad. 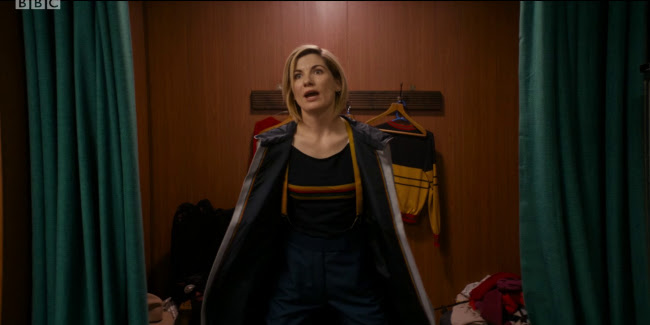 Whittaker is my favourite aspect of this era so far. My favourite moment in the episode is when she formats Ryan's (Tosin Cole) phone and is so excited by her idea that she doesn't notice he's horrified she's deleted all his data.

I would've liked an explanation for how she managed to survive the fall alluded to in the title. Particularly since the tension in the episode's climax is in the potential for her to fall off a crane. Maybe it's regeneration energy, the same way Ten was able to regrow a hand? 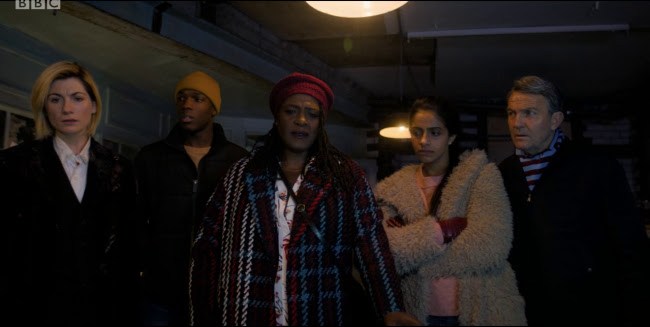 Mandip Gill is a lot better than I thought she was going to be. And Bradley Walsh was good. I didn't think his wife, Grace (Sharon D. Clarke), was especially interesting except, since we hadn't heard anything about her, I speculating the whole time as to why she wouldn't end up accompanying the Doctor. Killing off a companion in the first episode is a good idea to shake things up though it might've had more impact if we'd gotten to know her. I wondered if she was a reference to the Eighth Doctor's companion, Grace, who was also only around for one episode and also worked in healthcare. 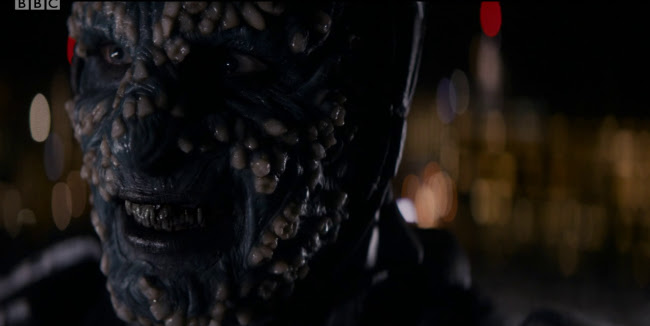 I guess you could say the Doctor battled the Tooth Fairy in this episode. It's certainly an effectively gross idea, pasting teeth all over his face. Not quite a Weeping Angel but I guess this'll do for a new monster. I'm looking forward to seeing where this series goes.