The Heights of Hell 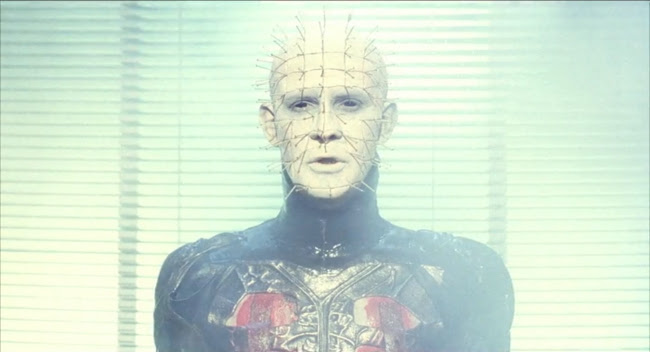 I finally got around to watching 1987's Hellraiser, one of the greasiest movies I've ever seen. I wouldn't call it a great film but it's fascinating largely, I think, because director Clive Barker, by his own account according to Wikipedia, knew next to nothing about filmmaking when he made it. 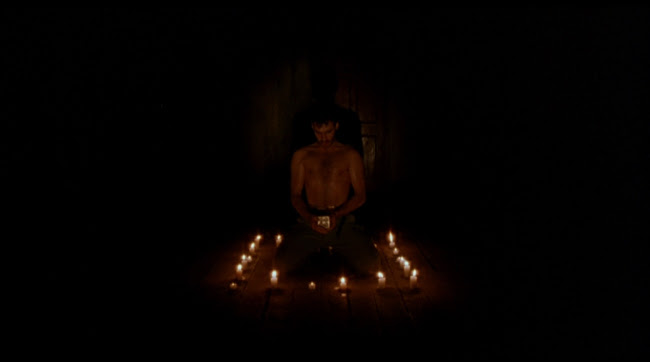 Maybe this is why so many scenes feel like the ends or beginnings were randomly cut by a computer. There's a very odd pace to the whole film that seems to shift with little warning. And so much grime. 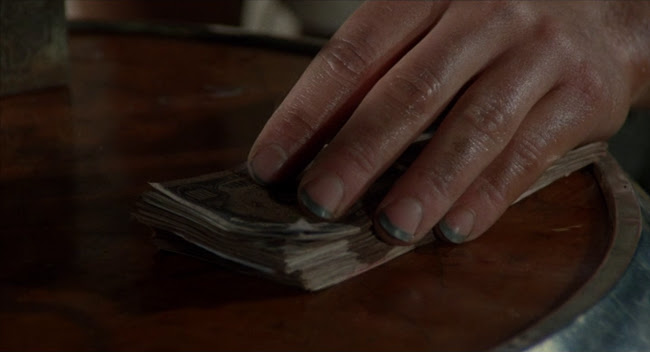 How did Frank (Sean Chapman) get so much dirt under his fingernails? This is when we meet him at the beginning of the film, buying the fateful puzzle box in Morocco. You don't accidentally get that much dirt under your fingernails, that has to be maintained. 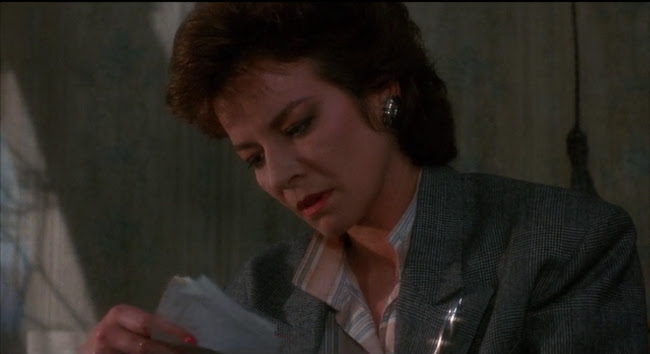 Frank's brother, Larry (Andrew Robinson), is married to the woman Frank loves, Julia (Clare Higgens). After Larry accidentally bleeds on the floor of the house he's inherited from the vanished Frank, Frank slowly reappears, sans skin. He becomes the skeleton in Julia's closet, forcing her to kill people so he can grow more flesh. 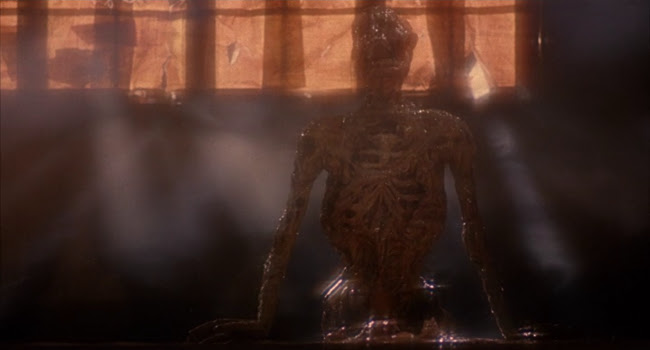 The first half of the film is sort of a supernatural Postman Always Rings Twice. The second half stars Larry's teenage daughter, Kirsty (Ashley Laurence), sorting everything out. She finds the puzzle box and when a bunch of supernatural sadomasochists show up somehow she just intuits that Frank escaped from them. Ashley Laurence doesn't give a particularly interesting performance--Clare Higgins and Andrew Robinson are better--but the shots Barker inserts of her saying, "Oh shit!" or "Go to Hell!" on seeing the Cenobites are kind of amusing. 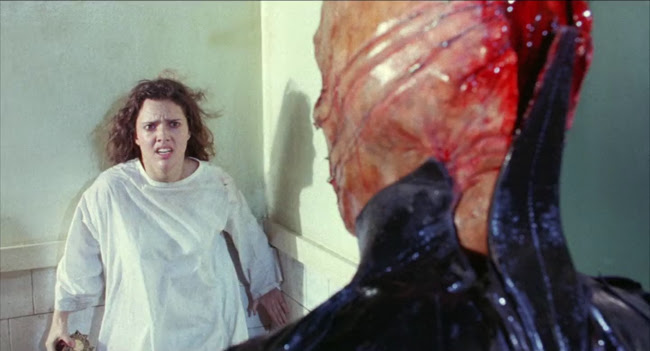 The Cenobites are the supernatural sadomasochists. They're headed by Pinhead (Doug Bradley), a menacing enough fiend who I guess gets a bigger role in the sequels. Cenobite sounds kind of like it would be a miniature cinnamon roll.

A portion cut reserves the turning star.
A planet named for suns returned a flare.
In lonely lines the shoes obtained a bar.
The glasses filled with eyes to simply stare.
Divided seas contain a double tale.
The dripping walls acquire life at cost.
Entire towns appeared to drench the whale.
To clouds a muscle group was slowly lost.
A paper falling turned around to hand.
The tips of metal waves became a clock.
The flow of time desists against the sand.
Expectant shores'll listen for a dock.
A row of pins commands the phone to call.
A burning box displays the shrinking hall.