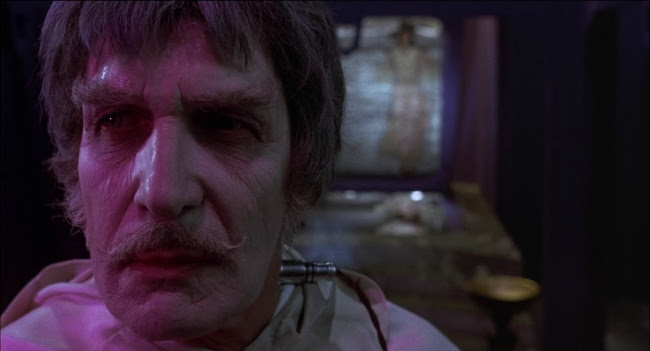 So you thought you'd seen the last of Dr. Phibes. 1972's Dr. Phibes Rises Again compels you to reassess that presumption. Gloriously campy with even less reservation than its predecessor, this sequel features Vincent Price again in the title role, now lusting for eternal life in an Egypt composed of flashy sound stages and second unit footage from Spain. The film is just as fun as it sounds. 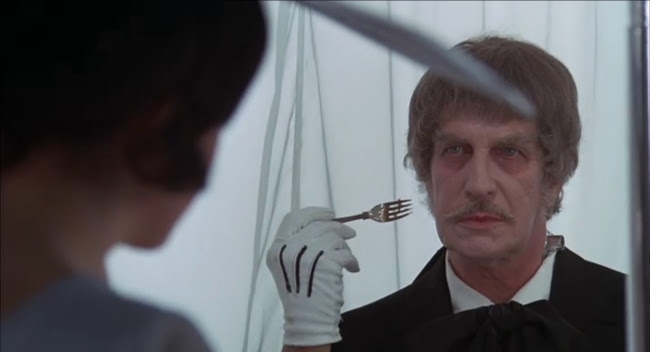 I thought I'd watched the first movie a year, maybe two years ago, but consulting my blog I see it was in fact five years ago. Most of the cast who survived the first film return for the second with the notable exception of Joseph Cotten who, I'm guessing for legal reasons, is absent even from the recap at the beginning of the sequel. 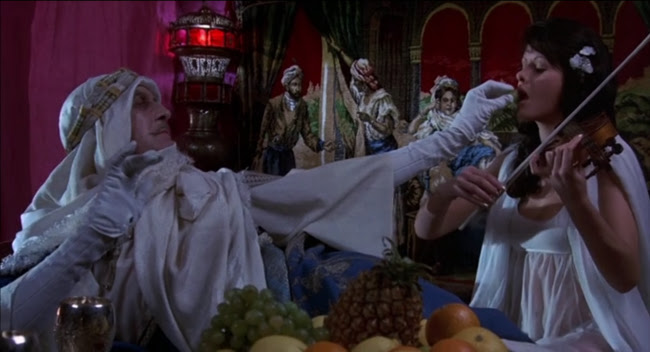 Now instead of killing off the surgeons Phibes blames for his wife being stuck in suspended animation in a glass coffin he's murdering the associates of Darius Biederbeck (Robert Quarry). The already centuries old Biederbeck seeks to prolong his life with an elixir hidden beneath a mountain in Egypt. Phibes seeks the water to revive his wife, played once again by Caroline Munro, who actually has lines and moves around in other films--those who watched the revived season of Mystery Science Theatre 3000 will remember her from the Star Wars knock off Starcrash. 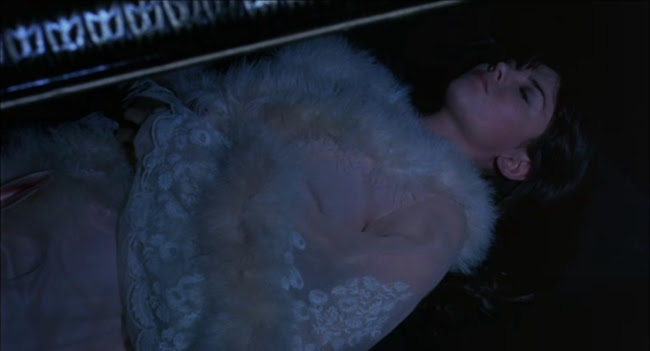 Phibes is once again assisted by his mute, beautiful, robot assistant Vulnavia, now played by Valli Kemp, and he carries around with him a house band of robots, though there are fewer musical numbers in this film. The improbability of Phibes carting around all this stuff is matched again by the flamboyant intricacy of his murders. One man is beset by a harmless mechanical snake (that looks perfectly lifelike) to lull him into a false sense of security for the real snake before he's speared to death through the skull by a mechanism Vulnavia installed in his phone. Another gets caught in a golden scorpion statue and that's just the beginning of his troubles. 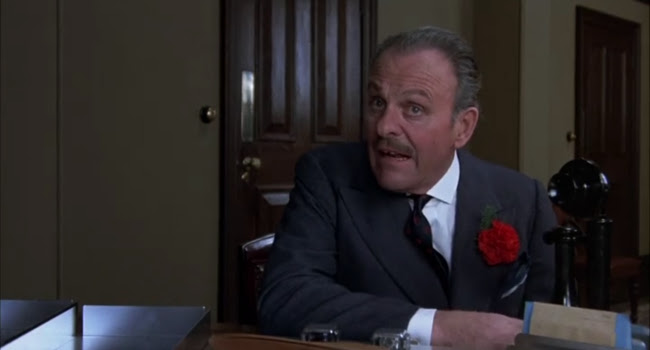 There are very brief cameos from Peter Cushing and Terry-Thomas (who played a different character in the first film) and a larger role for Hugh Griffith whose delivery of the one word line "Pity" when he discovers a giant bottle of gin is empty in itself justifies his presence. The police inspectors from the first film are back but with cornier jokes and Darius has a strikingly beautiful lover named Diana (Fiona Lewis) who's constantly pleading with him to give up this mad pursuit of she knows not what. 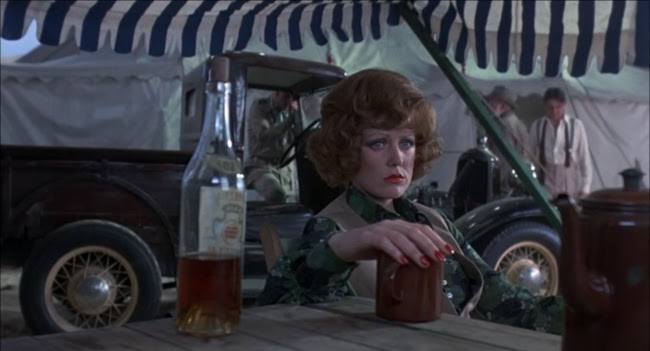 It's a good film, more relaxed than the first, though the first one had more exteriors. I kind of liked the minimal exteriors in the second film, though, it helps the thing feel all of a piece, a complete love letter to artifice.