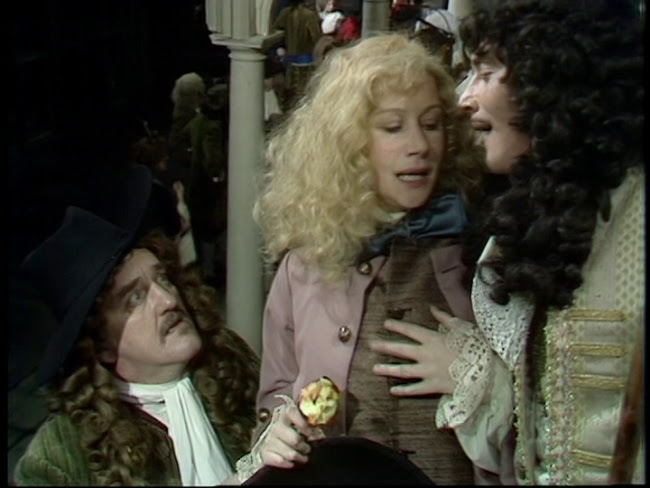 In 1977, Helen Mirren starred in a BBC production of one of the most notorious plays in the history of the English stage, The Country Wife. First performed in 1675, this intensely lively play upends social morality at a breakneck pace, coming at a time when the general reaction against the Puritan ban on stage plays that ended fifteen years earlier was at full steam. At the same time, as the surprisingly informative Wikipedia entry for the play notes, the presumably royalist aristocracy is not spared in the play's off hand revelation of a vigorously amoral sexual network below the surface of society. The 1977 production directed by Donald McWhinnie has great sets and costumes and features appropriately energetic performances. 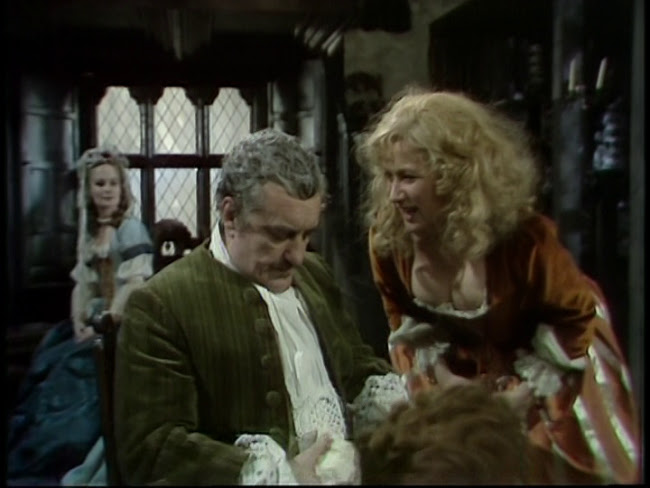 Helen Mirren has such an aura of intellect I wondered if she could play the initially naive and guileless title character, Margery, Mrs. Pinchwife. I needn't have worried. Maybe successfully playing dim is the mark of a truly intelligent performer. With slightly slow, almost slurred delivery, Mirren completely sells Margery's incredible innocence.

I tell you then, that one of the lewdest fellows in town, who saw you there, told me he was in love with you.

[Aside] I’ve gone too far, and slipped before I was aware; how overjoyed she is!

Was it any Hampshire gallant, any of our neighbours? I promise you, I am beholden to him.

I promise you, you lie; for he would but ruin you, as he has done hundreds. He has no other love for women but that; such as he look upon women, like basilisks, but to destroy ’em.

Ay, but if he loves me, why should he ruin me? Answer me to that. Methinks he should not, I would do him no harm. 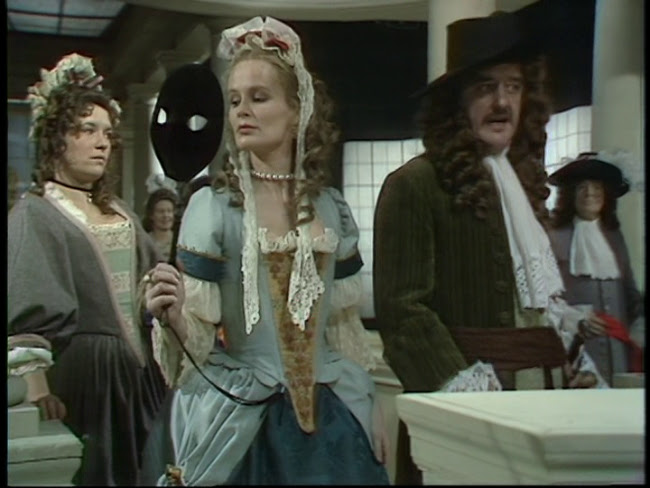 Of course, as his sister, Alithea (Ciaran Madden), remarks in aside from nearby, Mr. Pinchwife is pretty guileless himself, his dialogue often amusingly directing innocent Margery right into the arms of the sins he desires her to avoid. 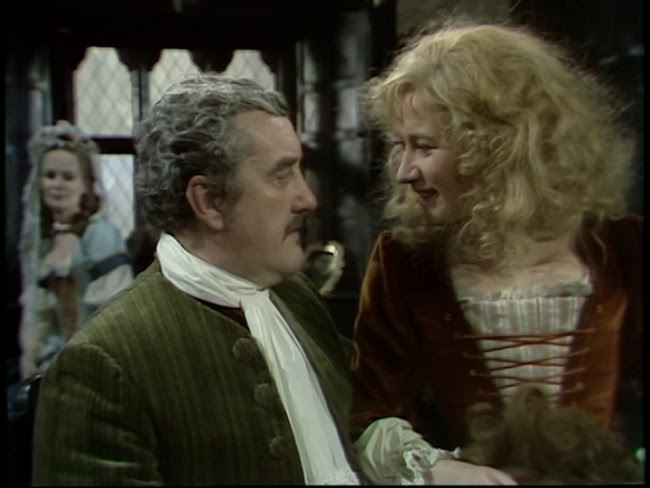 Mr. Pinchwife is played by Bernard Cribbins, best known to-day for playing the sweet old man Wilfred Mott on Doctor Who. His take on the aptly named Pinchwife is more bombastic, ridiculous in his frequently backfiring attempts to keep her from London society, but also surprisingly frightening, as in one startling moment where he threatens to carve the word "whore" into Margery's face with a penknife. Cribbins holds the knife to within an inch of Mirren's eye--she admirably maintains a placid and innocent composure. 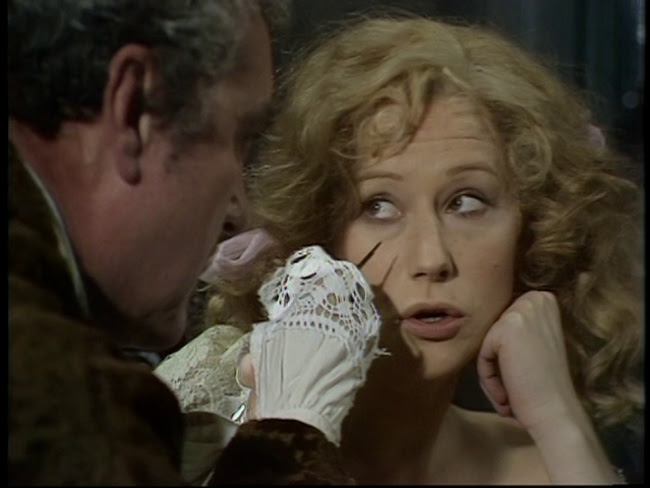 He's trying to make sure Margery stays away from the also aptly named Mr. Horner (Anthony Andrews), a gentleman notorious for making horns for married men, i.e. making them into cuckolds. Horner has a whole separate plot, one that particularly offended audiences, in which he pretends to be a eunuch to allow women the opportunity to meet with him without arousing their husbands' suspicions, an opportunity three women take with eagerness. 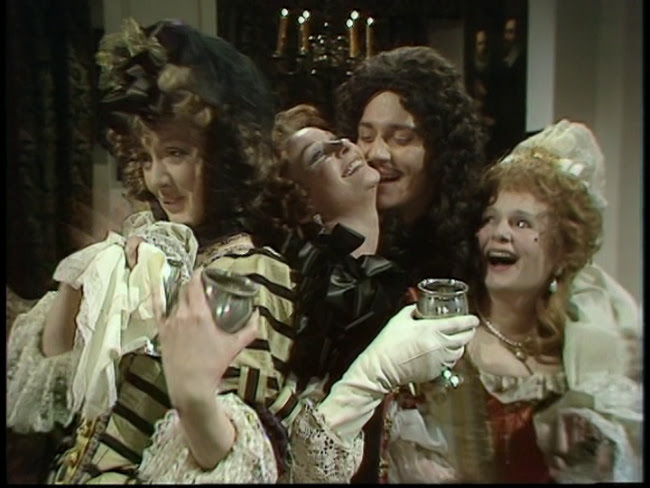 Of course, Pinchwife is himself ultimately responsible for Margery meeting Horner as Pinchwife brings her to the New Exchange dressed as a schoolboy, complete with candy apple. Horner's not fooled by the cross dressing for a moment, a subtle and effective joke at the expense of the familiar device from 16th and 17th century plays. Mirren takes to the role with infectious relish and as Margery very quickly starts to practise the machinations of a city woman her performance effectively shows the evolution in the young wife's understanding. The supporting performers are also very good and this production is well worth watching.