Tangled Voices in the Empty School 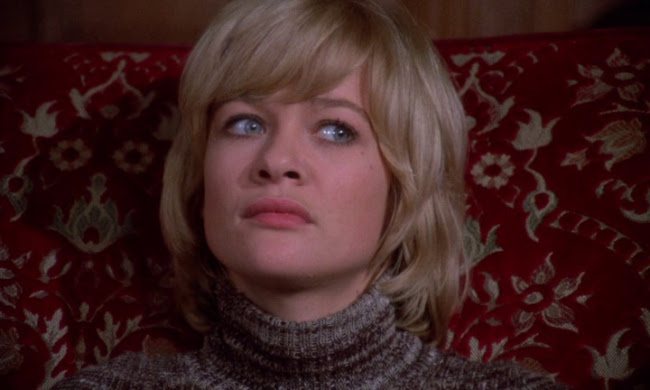 After suffering a nervous breakdown, a young woman is attacked by a man with a prosthetic arm at the beginning of the 1972's Hammer horror film Fear in the Night. The assailant isn't caught--and her friends seem to harbour doubts he even existed--but her new husband encourages her not to worry because they're moving to a remote country school house to live with Headmaster Peter Cushing and his game hunter wife Joan Collins. What follows is as about as juicy and delightful as you might imagine a psychological horror movie with that premise could be. 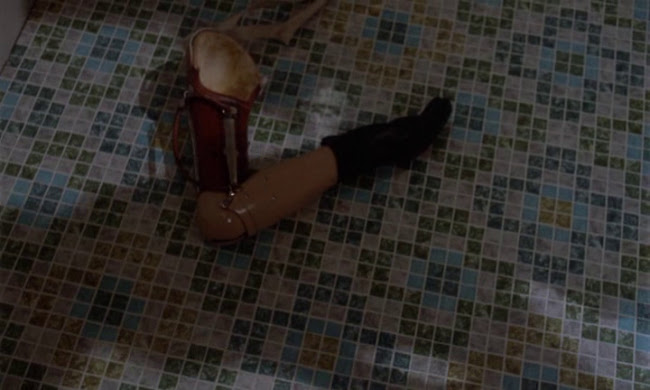 Written and directed by Jimmy Sangster, the plot is a little convoluted--Wikipedia quotes one critic as saying the film's little more than a retread of Taste of Fear, a Hammer film from eleven years earlier, also written by Jimmy Sangster. While Taste of Fear is a much better film, Fear in the Night has a plot that resembles Taste of Fear on only a few superficial points. 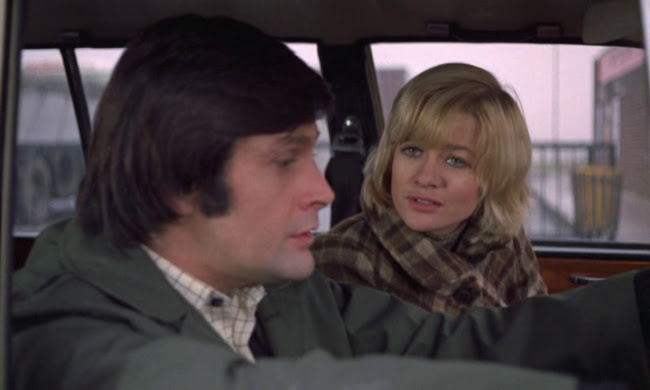 Judy Geeson plays the protagonist, Peggy Heller, with the right amount of vulnerability and perpetual nervousness. We're led to wonder along with her if the attacks she suffers from a mysterious one armed man are the products of her imagination but the film doesn't stick exclusively with her point of view. Point of view is complicated in a subtle, intriguing way in the film's best scene, when Peggy meets the headmaster, Michael (Cushing), in the deserted school where she inexplicably hears the voices of boys learning lessons. 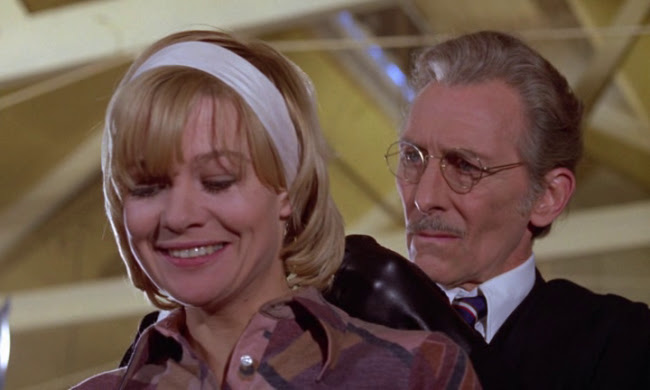 Cushing takes full advantage of the fact that the audience is keenly watching him along with Peggy to determine what his character's role might be. He does so in a way that plays brilliantly off of what we do eventually learn about him in what turns out to be a highly improbable plot. But it works because he clearly accepts the reality of it and you can see in the way his eyes stay on her that he has an agenda of his own as well as a painful restraint he must exercise. 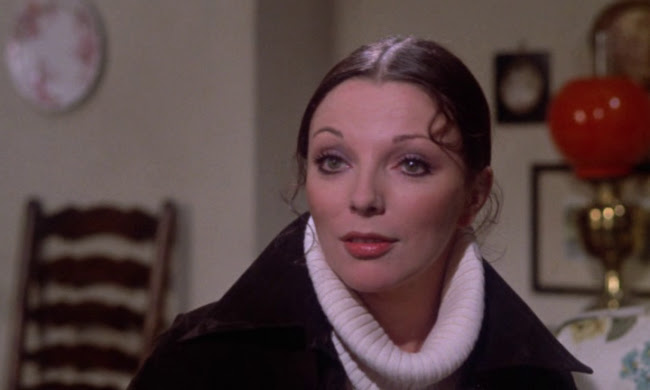 Somewhat less complicated but also very entertaining is Joan Collins' introduction, armed with a shotgun she's just used to murder a rabbit Peggy had been trying to make friends with. It's immediately clear there's nothing innocent about her on any level. 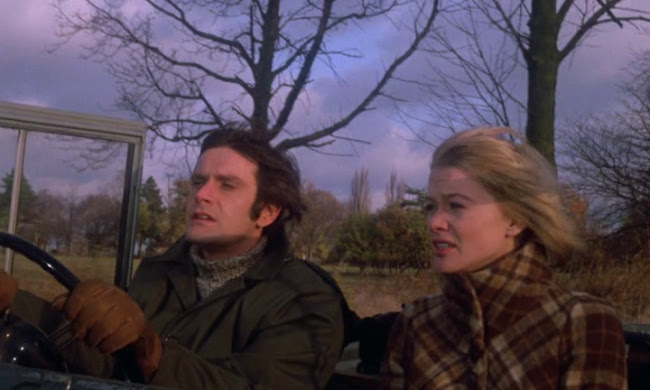 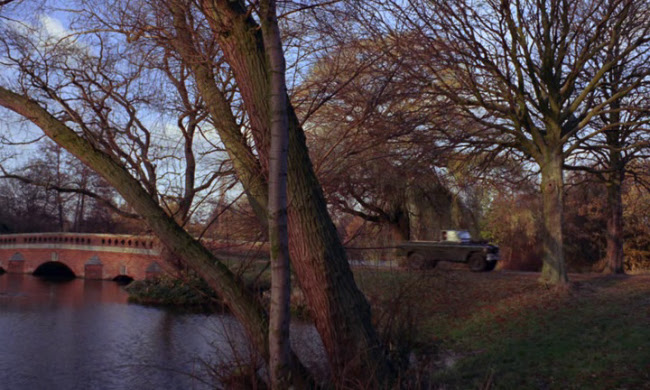 Enormous plants would tilt to hear the song.
The radio produced sustaining cries.
The theremin persists the evening long.
As morning breaks the water sprinkler sighs.
The collared stars were fain to serve the beach.
Transitioned drapes admit the dawning fish.
The speckled life of whales revealed the breach.
A growing branch fulfilled the sapling wish.
A line of yarn connects the panelled wall.
Inside the paper, lives were kept to watch.
In time with shining steps it built the hall.
A hour's arm would stick upon the notch.
The misty clues dissolve in thinning fog.
Saluting chorus sang from near the log.